Now that we’ve made it to Laughlin, let’s start exploring the hotel properties!

There is no better place to start than Don Laughlin’s Riverside Hotel & Casino!  As you are aware, if you have traversed this way before, Don Laughlin made this town what it is today.  The Riverside is a reflection of his progress along the way, with its many casino areas hooked together throughout the property.

But, let’s begin with parking. There are 3 parking areas for you to choose from, depending on where you are going on the property.  Each is easily accessed by stoplights.

If you are staying in the North Tower, where smoking in the rooms is allowed, you should park in the north side parking lot.  This is extremely helpful if you are checking in or out.  You can leave your luggage in your vehicle to check-in and be able to retrieve it and walk a shorter way to the elevators after you receive your room assignment.

If you are staying in the South Tower, which is the non-smoking tower, you should park on the south side of the property and park the farthest east (closest to the river) since there is an entrance through the non-smoking casino area straight to the elevators for this tower.

The area is recognizable by the long bus parking spots or the tourist buses themselves.  When you enter from this side you will not have to pass through a smoking section!  This way is a longer walk to the registration desk, so you should definitely check in without your luggage first to save your arms from baggage hauling.

If you are just going to see the Classic Car Collection you would also park on the south side of the property, but closer to Casino Drive and the Valet area.  There are actually 2 showroom entrances (main floor and off the 3rd floor) for the Auto Museum which showcases classic cars, vintage motorcycles, old slot machines, and pool tables. They have hundreds of cars and articles to view.  They also have a gift shop that you pass through when leaving the showroom on the 3rd floor.  It is a self-guided tour, so you can take your time, relax and enjoy the attraction and the views of the river.  This is really worth the visit if you are staying in the hotel.  You can definitely kill an hour or more going through the exhibits.

The Classic Auto Showroom on the main floor is open 10 – 10 daily.  The Main Showroom is accessed from the South Tower on the 3rd floor.  It is open at 9 a.m. daily and until 10 p.m. (Sun.-Fri.) and 11 p.m. (Sat.)  Both exhibits are free if you show a players card!  (The players cards are free at the Casino Promotions desk.)  If you do not have a players card the price is $2 per person.

Tips for the Classic Car Collection showrooms:  1) Go and get a players card BEFORE you go to the Classic Car Collection for free admission. 2)  While they allow children into the exhibits for free, they have signs advising anyone under the age of 21 must be accompanied by an adult.  They will give stern warnings when you enter since they want to avoid damage to their classics and property and because some of the vehicles are on loan to the museum.

Some people are not staying at the hotel and just want to stop in to gamble or go to the restaurants.  Those people can still park in either of the above parking lots; however, if walking is not an issue for you, you can park in the parking garage (especially if it’s summertime!), which is across the street from the hotel.

The parking  garage is useful if you are just going to Riverside Casino West, which is connected to the garage.  Riverside Casino West is in the building next to the garage on the lower level.  It has a large bar, slots and a snack bar.  You can enter through this level and take the escalator or elevator to the second floor to access the restaurant and pedestrian bridge.  (There is also an elevator in the garage to take you to the second floor.)

If you like Mexican food a good choice is the large, open and airy Casa Serrano on the second level. Try to get a table by the window for a great view while you are dining.  They have an extensive food menu and free chips and salsas before your meal.  The food and margaritas are usually very good, albeit a little pricey, and the restaurant is open at 10:30 a.m. during the week and at 10:00 a.m. on the weekend.  They normally close around 9:00 p.m. each day.

Tips for this restaurant:  1) If you do not see any listed ask if they have any discount specials.  They have lunch specials (during the week only) from 11 a.m. until 3 p.m.  On occasion they have offered 10% off your bill if you spend $20+ in food and drinks during the week.  2) They can get very crowded on the weekends, especially around the brunch hour since many local families come here to eat.  3) They do not split checks for groups of people.  If you do talk them into doing this, double-check the pricing to make sure your bills are correct!

From the second level, you can walk across the enclosed pedestrian bridge (you drove under it coming into town) to get to the hotel and main casino areas.  The second floor has their 42,000 square foot bowling center with lanes, a snack bar and pro shop.  They also have a Race and Sports book and bar next to the bowling center. The center can be accessed from both the North and South Towers. Other places on the second floor to explore include their bingo room, movie theaters, Don’s Celebrity Showroom, spa and salons, the prime rib room, gourmet rooms, and the Hideaway Lounge. 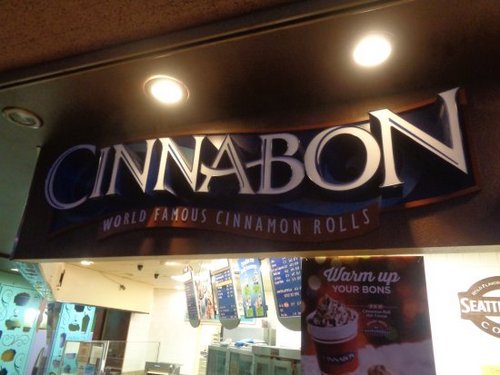 There are a couple of down escalators from the second level. The first escalator is right next to a sports vendor at the end of the pedestrian bridge and drops you into the corner casino and large bar area. You should use this escalator if you are staying in the North Tower.Conven-iently located by the elevators that take you up to your room is a Cinnabon /Seattle’s Best Coffee, Pizza Hut Express and Dreyer’s Ice Cream.  Perfect for a late night snack in your room!  (Buy an ice cream cone and ride the elevator up and down, and watch the other tourists drool while you eat it!)

The other escalator farther along the second floor walkway brings you down into The Watch Man (a watch store) and Registration area.  Use this one if you want to avoid going through a couple of the smoking casino areas and to avoid some of the crowds.

Tips for this hotel:  1) The non-smoking South Tower has the best views of the river.  The elevators from this tower drop you into the non-smoking casino area, which has a newly remodeled bar, a Fatburger’s and the Sidewalk Café.  2) The North Tower has larger rooms with balconies you can access, but, is the older room tower.  3)  They do allow pets to stay at this hotel.  This is 1 of 3 hotels on The Laughlin Strip that has pet rooms.  Check with reservations to find out their requirements including size, type and additional charges.  4)  If you make your reservations on the internet they run a special if you are staying 2 consecutive nights that includes two Riverside Buffets and a 2-for-1 ticket on the Riverside Boat cruise.

(More on Riverside in April)

Reminisce at the Riverside with the Lovin’ Spoonful 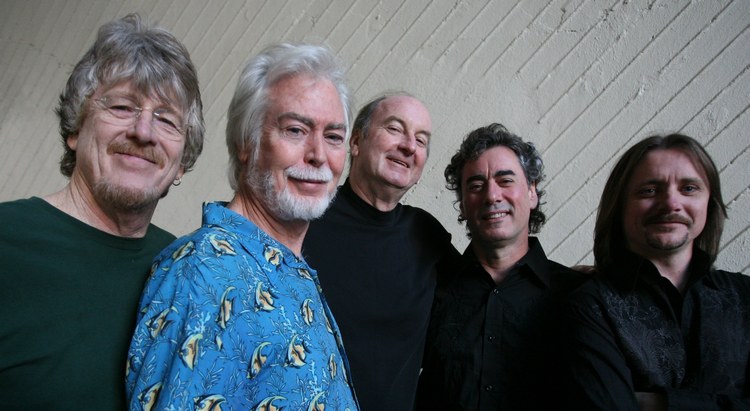 American rock band The Lovin’ Spoonful will bring their hits to Don’s Celebrity Theater at the Riverside March 8-10 at 7 p.m. Tickets are $30.

The Lovin’ Spoonful is well known for a number of hit songs in the 1960s including “Summer in the City,” “Do You Believe In Magic,” “Did You Ever Have to Make Up Your Mind?” and “Daydream.” The New York City band was among the first American groups to challenge the domination of the British Invasion bands in the mid-60s. Between mid-1965 and the end of 1967, the group was astonishingly successful, issuing one classic hit single after another. They were inducted into the Rock and Roll Hall of Fame in 2000.

Lil’ Mo and the Dynaflos will Rock at the Tropicana 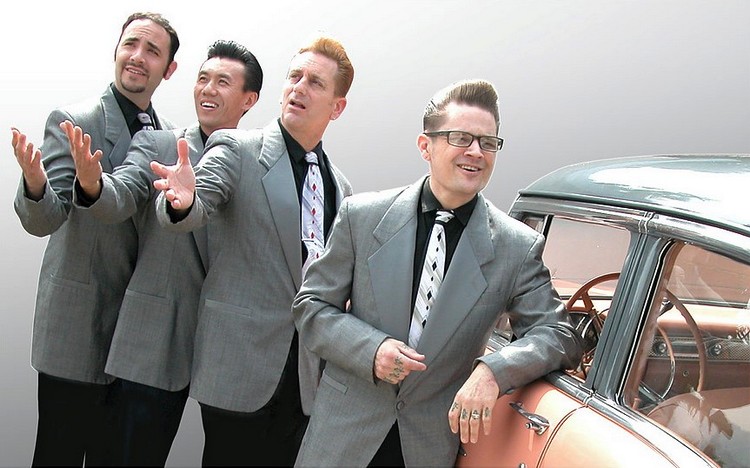 Lil’ Mo and the Dynaflos will bring their high energy show to the Pavilion Theater at the Tropicana on Saturday, March 10 at 8 p.m. Tickets are $20.

The group was formed in Los Angeles around 2004 at the World Famous Derby Club when “Lil’ Mo” Morris Everett and Cliff Quan discussed their love for Doo Wop music. Everett was a veteran of previous vocal groups and Quan was a rockabilly guitar player in the The Hellzaboppers band. Their upbeat, rockin’ band blends the styles of 50s, 60s, Doo Wop and R&B. The current lineup consists of four vocalists and four musicians. 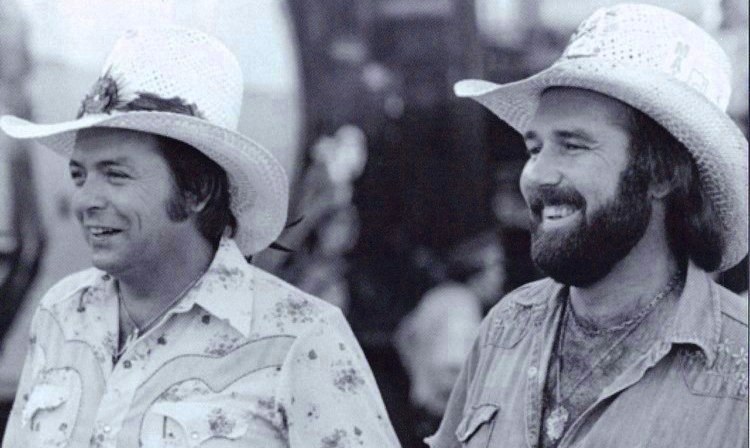 Mickey Gilley and Johnny Lee will appear together in Don’s Celebrity Theater making for an Urban Cowboy Reunion March 21-25 at 8 p.m. Tickets are $38.

Gilley and Lee began working together in the late ’60s. Gilley’s love of music was developed by him sneaking up to club windows to absorb the haunting sound of Louisiana rhythm and blues. Lee’s interest in rock ‘n’ roll had him leading a high school band called Johnny Lee and the Roadrunners. For 10 years, both artists worked together on the road and at Gilley’s Club in Pasadena, Texas. The soundtrack from the 1980 hit movie “Urban Cowboy,” which was largely shot at Gilley’s, catapulted the two to fame. Gilley experienced his first success with “Room Full of Roses” released in 1974. Lee released “Lookin’ for Love,” which was the No. 1 country record in 1980. 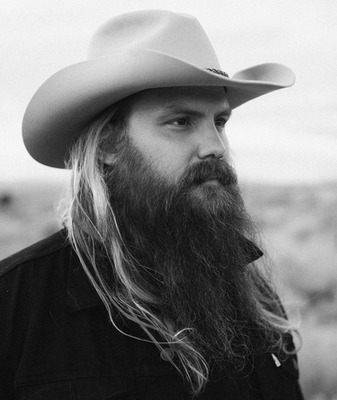 Kentucky-born Chris Stapleton is a singer, songwriter and guitarist. He will be center stage at the Laughlin Event Center on Saturday, March 24 at 8 p.m. At the 51st Annual CMA Awards, Stapleton was awarded Male Vocalist of the Year for the third-straight year. Tickets start at $95.

As a vocalist, Stapleton’s music styles include country, Southern rock and bluegrass. He was the lead for two music groups including The SteelDrivers from 2008-2010 before going solo.

On the songwriting side of the business, prolific Stapleton has co-written six country No. 1 songs including Kenny Chesney’s “Never Wanted Nothing More,” George Strait’s “Love’s Gonna Make It Alright,” Luke Bryan’s “Drink a Beer,” and Darius Rucker’s “Come Back Song.”