Recognized as one of the world’s Top Ten Best ventriloquists, Kevin Johnson will visit Don’s Celebrity Theatre at the Riverside with his pals Wednesday-Sunday, Aug. 7-11 with performances at 8 p.m. Tickets are $30. 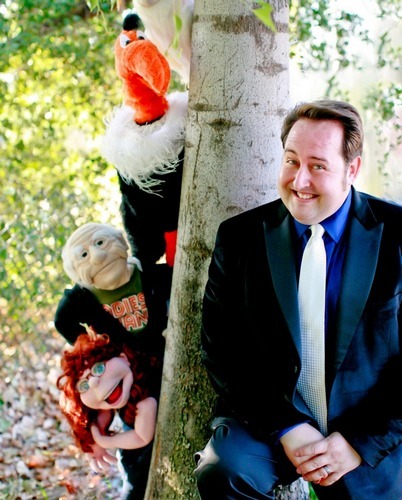 Johnson is mostly recognized from his 2006 appearance on NBC’s “America’s Got Talent.” More than 18 million viewers were amazed by his “Godzilla Theater.” In February 2007, he appeared on The Late Show with David Letterman, which was one of his lifelong goals.

Although you can’t see Johnson’s mouth move, the real magic is the believability he creates with his characters and his clean humor. Audiences fall in love with Matilda, laugh with Clyde, and relate awkwardly with Harley. Throughout his show, Johnson showcases different variations of ventriloquism like an audience participant becoming one of his puppets to a magical drawing board coming to life.

Johnson started with ventriloquism when he was 9 years old, after his parents gave him his first pull-string dummy for Christmas. Having no formal training, he taught himself the art of ventriloquism over a four-year period.

Johnson masterfully honed his skills as a ventriloquist performing nearly 9,000 shows over a nine-year run at San Diego’s Legoland California Theme Park. Legoland California nominated him for the Big E Awards through the International Association of Amusement Parks and Attractions (IAAPA) and he won the honor of “Best Male Performer” in 2004 and 2006, making him the only performer recognized twice. IAAPA includes attractions from more than 90 countries. 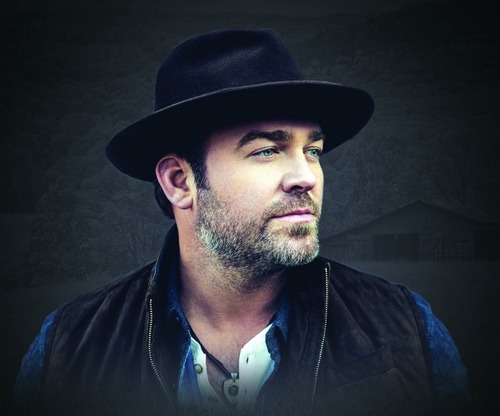 Brice, who is signed with Curb Records, has released four albums with the label: “Love Like Crazy,” “Hard to Love,” “I Don’t Dance” and “Lee Brice.” In addition, he’s released 11 singles with four written by his cousin Michael Cericola charting at No. 1 on Billboard Hot Country Songs and Country Airplay. “Love Like Crazy” was the top country song of 2010 according to Billboard Year-End, and it broke a 62-year-old record for the longest run on the country chart.

Diamond Rio Headlines at the Edgewater

American country band Diamond Rio will be center stage at the E Center at the Edgewater on Sunday, Sept. 1 at 8 p.m. Tickets start at $25.

Formed in Nashville, Tenn., Diamond Rio has had the same six members since 1989. Their tenth studio album “I Made It” features 11 songs, and the title track was co-written by the band’s lead guitarist Jimmy Olander. 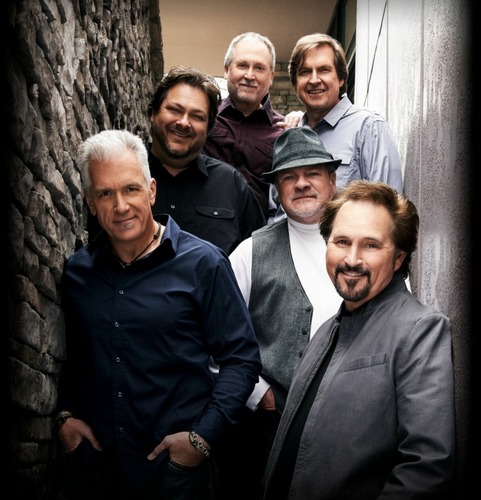 Diamond Rio was signed to Arista Records in 1991 and with the release of “Meet In The Middle” became the first country music group in history to reach No. 1 with a debut single. Some of their other hits include “How Your Love Makes Me Feel,” “One More Day,” “Beautiful Mess,” “Unbelievable,” “In A Week or Two,” and more. They released their autobiography, “Beautiful Mess: The Story of Diamond Rio” on Thomas Nelson in 2009.

Their charity commitments include being long-time spokespersons for Big Brothers Big Sisters, raising more than $1 million for nonprofits, and receiving the Minnie Pearl Humanitarian Award.

Happenings at the Avi

Nuevo Sentido will perform at the Avi Grand Ballroom on Sunday, Aug. 18 at 9 p.m. The group’s name translates to “New Sense.” They felt since they played a combination of Texan, Norteño and rock, it was like creating a new sense of music. Tickets start at $10.

The Avi will present a Labor Day Fireworks Show on Sunday, Sept. 1 at dusk at the Beach Overlook with vendors and food.

Want to play in the dirt? 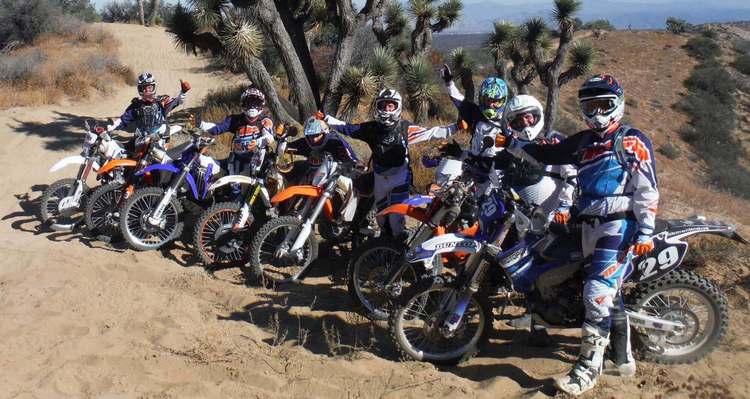 There are mountains, hills and the river to explore throughout Laughlin, so I have picked a couple of things for you to try if you are adventurous.

220 Off Road Tours specializes in dirt bike tours of Southern Nevada and the areas just west in California and has been in existence since 2015. They have been steadily expanding their tours and are including Laughlin in their packages.

Off-roading and dirt biking are not for everyone.  But if you are into something truly different, want to get away from the traffic issues and explore the other side of the Mojave Desert this might be for you if you already have a bike and are not sure where to explore.

They offer several tours, one of which covers Vegas to Laughlin for 2 days at $500 per rider.  For this tour you will be spending the night at the AVI Resort & Casino in Laughlin.  You will travel to Searchlight, Laughlin, Jean, and Nipton, CA.  This package includes your hotel room and meals, breakfast and lunch for both days and dinner the first night.  Snacks, water, soda, gas (for your bike), and their support vehicles, both off-road and on-highway, for vehicle and rider assistance for both days are covered with this package. 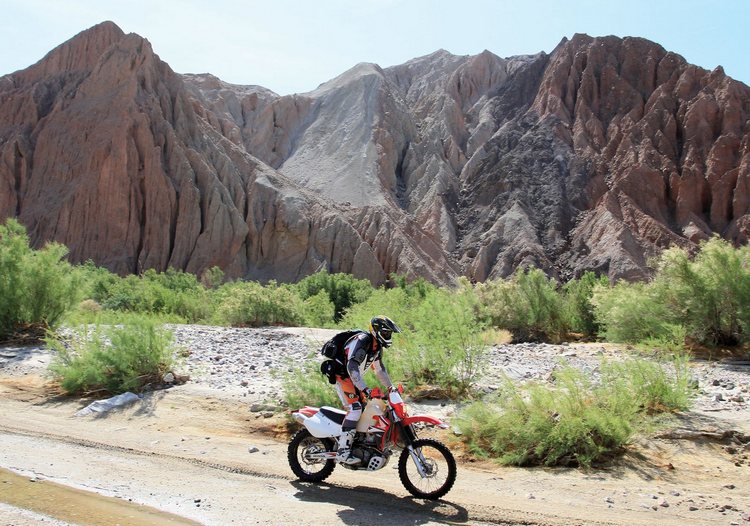 Another of their packages is the Laughlin Day Trip where you are picked up in Las Vegas with your bike and transported to Searchlight for an 80 mile loop through washes and ridge lines that will take 5 to 6 hours to complete.  The price is $150 per rider and includes lunch, water, soda, gas (for your bike), and the same rider and vehicle assistance listed above, which includes flat tire assistance.

Now, while we are on the subject of off-roading, I want to bring up Christmas Tree Pass.  If you have traveled from Laughlin to Vegas or Vegas to Laughlin you will see the entrance (and exit) of this road from both Highway 163 and I-95.  Looks tempting to try, doesn’t it?  Here are the yesses and nos before you traverse this road.

Yes, you can access it from either direction, and it will take you to the other road from which you start.

No, you should not try traveling this road unless you are in an off-road vehicle or a high clearance 4-wheel drive vehicle.  The road is all dirt, ruts, rocks, and other assorted holes and dips.

No, you should not visit if rain has just taken place or is about to occur.  There are no services along this road to help you out if you have a problem in the soft sand, mud or rushing water.

No, this route does not get you to either Laughlin or Vegas faster.  As a matter of fact, it will probably add a minimum of 1 hour to your trip in either direction.  That’s because you have to drive extremely slow in spots or lose your vehicle’s undercarriage. 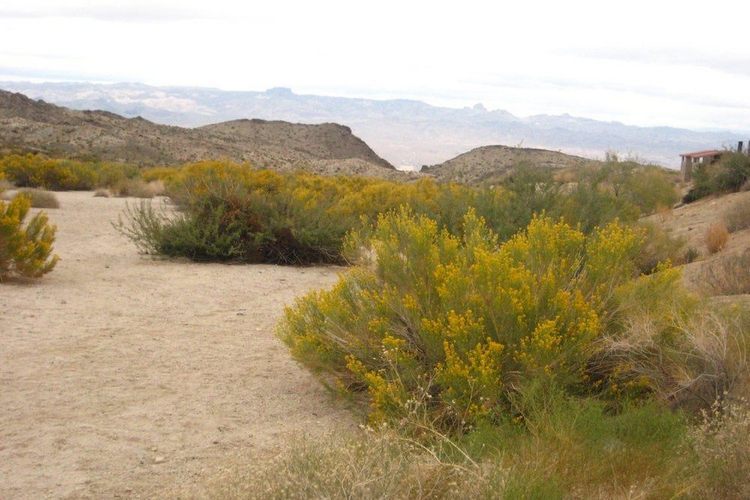 Yes, if you still decide to go make sure you are taking plenty of water, sunscreen, hats, a first aid kit, and have filled your gas tank.  You are out in the desert with snakes, gila monsters, spiders, etc.  Be careful where you put your hands and feet!

Yes, you can take the road for approximately 3 miles from Highway 163 if you want to get to the parking lot for the trail that you can hike to Grapevine Canyon to see over 700 petroglyphs.  This is more of a graded road to get you to the site and is accessible with any vehicle; however, you will still drive slow. 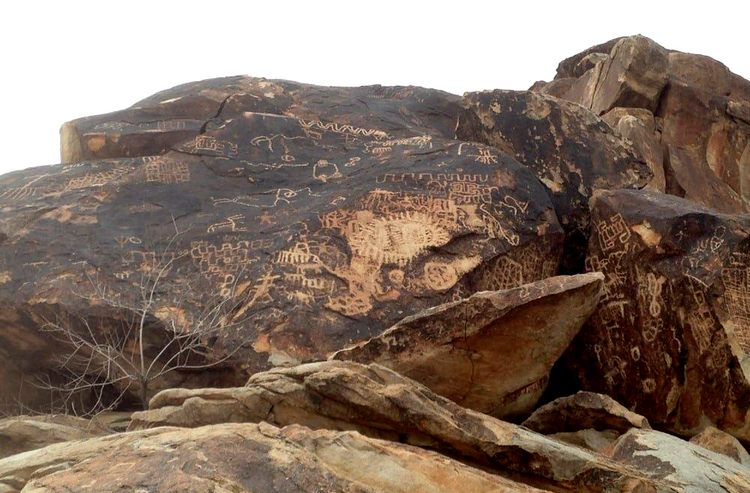 Grapevine Canyon is one of the largest petroglyph sites in the southern part of Nevada.  They are located throughout the canyon, with the majority accessed closest to the canyon entrance, which is an easy hike from the parking lot.  This is not a handicap accessible area.  The path to the canyon is gravel.

There are many shallow caves to explore and, depending on earlier rain that might have fallen, there could be waterfalls and streams to view.

No, your GPS might not take you to this location.  Just watch for the signs while you are on Highway 163 which show Christmas Tree Pass.

Yes, you should see actual grapevines.

Yes, you should have a good time, but please respect this great historical area when visiting.

Updates:  A few changes have taken place in Laughlin in the last few months.  The Starbucks which was downstairs at the Golden Nugget has closed, and Bean & Bread has opened in that spot.  You can access the coffee shop through the Golden Nugget or from the Riverwalk. 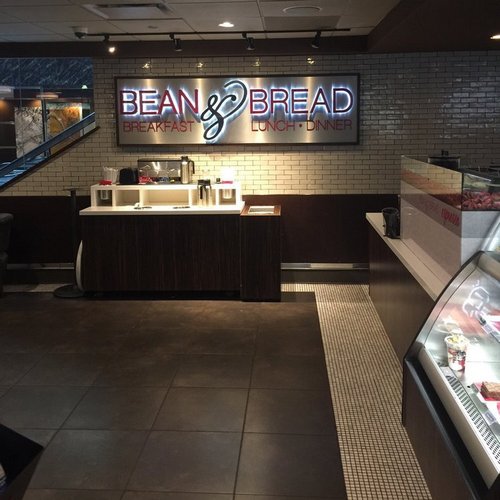 The Bean has larger, but standard, pastries and fresh-brewed coffees, lattes, cappuccinos, caramel macchiatos, teas, blended drinks, iced “shaken” teas, and other drinks.  If you are looking for a sandwich you should try the Cuban, which has piles of meat on it and is pretty darn good for a small place.  I think the hot rather than the cold sandwich selections have a much better taste if you are trying to choose between the two.  They open at 5 a.m. daily and through 9 p.m. during the week and 10 p.m. on Friday and Saturday.

In you are interested in staying at the Golden Nugget they now have small refrigerators and Keurig coffee makers in all of their rooms.  Before it was first come, first served, with a price per day for the refrigerators.

The Riverside Hotel & Casino has a $1.00 Blackjack table available.  If you are a newbie to Blackjack this is a good starting point for you.