I know it’s February, but I’m not finished with car talk yet!

My December, 2019 correspondence article gave a rundown of a few car showrooms, museums and gatherings. I just wanted to add a couple of local get-together groups that meet on a weekly basis to show and discuss all-things-car.

On Saturdays you can join The Car Show at Sansone Park Place shopping center for Cars and Coffee.  It is held at 9500 S. Eastern Avenue near I-215 in Henderson, from 7 a.m. until 10 a.m.  and is sponsored by Celebrity Cars of Las Vegas.  Attendance is free for lookers and presenters.

Go and enjoy some coffee and meet hundreds of old and new car enthusiasts while checking out some classics – VW Bus or VW SUV anyone? – upgrades, exotics, reconditions, and lovingly cared for vehicles.  If you are hungry for breakfast there are numerous restaurants in this area to grab a bite. 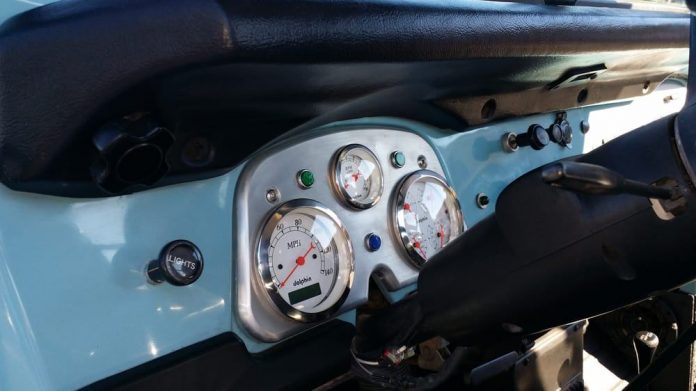 Celebrity Cars also has an amazing showroom located on Dean Martin Drive just north of Blue Diamond Road at 7770 Dean Martin, Suite 301, if you want to check out their inventory.

If you are in the northwest suburbs of Las Vegas on a Friday night you can head over to the Rancho/Sierra shopping center at the northeast corner of Rancho and Craig Roads for Dairy Queen Friday Nights between 5 p.m. and 9 p.m.

This is a smaller scale gathering of, usually, not more than 100 vehicles, with attendance varying depending on the weather.  Obviously, warmer months bring more attendees, plus with Dairy Queen sponsoring you can get $1.00 off their ice cream while talking with the owners of the vehicles. 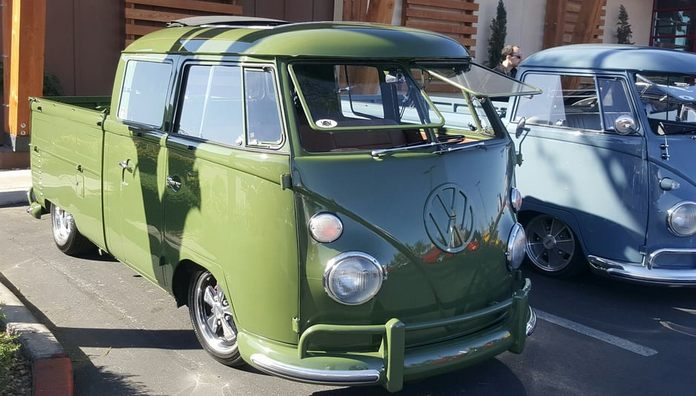 This same shopping center is where the West End Boys have their car show on Sunday mornings from 7 a.m. until 10 a.m.  If you are in this area on Sunday morning you will see many classic cars riding down Rancho, Craig, Rainbow and Long Mountain Roads … just cruising.

If you are interested in other car enthusiast meetings you would be surprised at the amount we have in the Vegas area.  There are car clubs for Corvair, Mustang, Model T Fords, Ferrari, Lotus, Cadillac, BMW, Porsche, Mercedes, Studebaker and many others, plus British and Italian auto clubs. Check out the Las Vegas Car Club website for additional information and links to the individual vehicle websites. 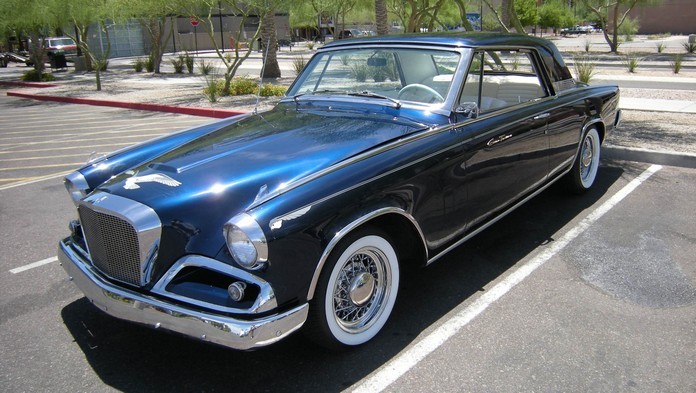 Okay, so you thought I would forget to add something happening in February in Las Vegas, didn’t you?  Au contraire!

On Saturday, February 29th you can attend the Las Vegas Smoqued Music & Food Festival at Craig Ranch Park at 628 W. Craig Road in North Las Vegas.  The event runs from 1 p.m. until 9 p.m. with general admission of $10 (day of event) or $7 (purchased online in advance).  Children under the age of 5 are admitted free.  Parking is also free. 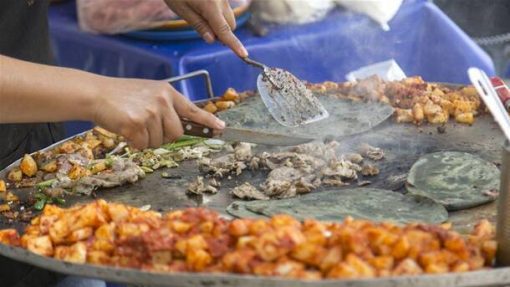 The Front Yard and The Drag Diva Brunch 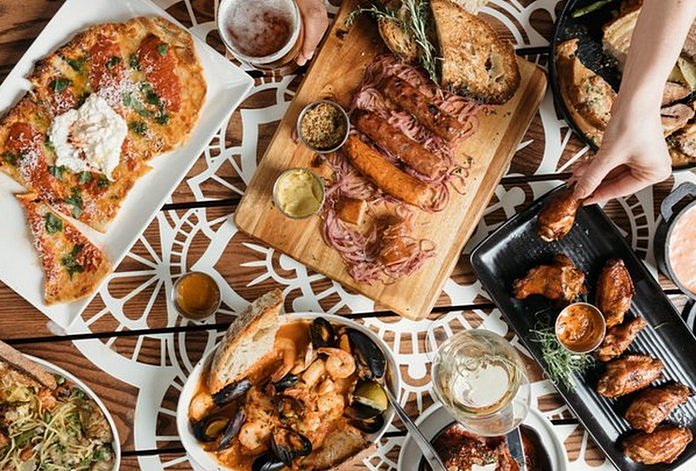 Sitting outside during the winter months is one of the many benefits of living in Las Vegas. While the rest of the country is sitting in a foot of snow, Diamond Jack is sitting in The Front Yard, the new beer garden and restaurant at Ellis Island Casino, a Vegas landmark for more than 50 years. Located one block east of the Strip at 4178 Koval Lane behind Bally’s, Ellis Island is a two-story venue offering a casual brewpub atmosphere with a premium bar and full-service restaurant showcasing Ellis family favorite recipes such as house-cured bacon and brisket, and dishes incorporating craft beers from its own Ellis Island Brewery. The indoor/outdoor venue features a second-floor atrium, retractable ceiling shades, expansive windows, and garden walls that present a lush outdoor atmosphere. The Front Yard opens daily at 3 p.m. 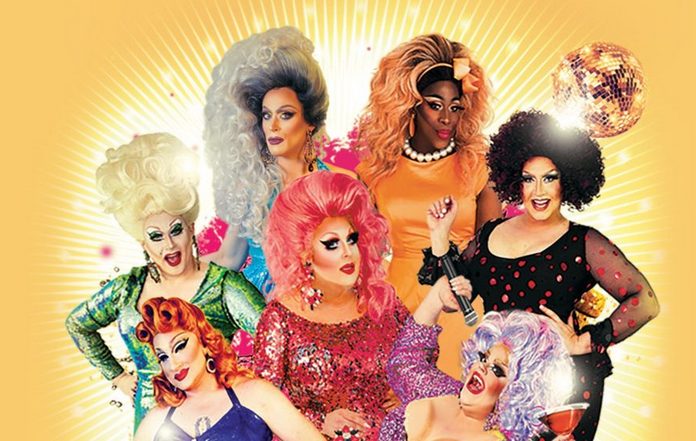 Drag Queens are as popular here as buffets, so why not put the two together? The House of Blues Restaurant & Bar is presenting Drag Diva Brunch with a variety of over-the-top performers with an all-you-can-eat Drag Diva brunch buffet. The divas take the stage every Saturday at 11 a.m., featuring an all-star cast of queens starring in weekly themes including tributes and parodies of Britney to Madonna, Harry Potter, Disney, and everything in between. Upcoming themes include Sex and the City (Feb. 8), Country Queens (March 7), and Broadway (March 28). Tickets are $45. For more information check out these websites: DragDiva.com/Las-Vegas and  HouseofBlues.com/LasVegas. The all-you-can-eat Drag Diva Brunch includes scrambled eggs, bacon, breakfast sausage links, buttermilk biscuits and gravy, chicken and waffles, Yukon gold roasted breakfast potatoes, BBQ chicken, and pastries starring bourbon vanilla bread pudding. Guests with valid ID can enjoy a complimentary Mimosa or Bloody Mary with their ticket. 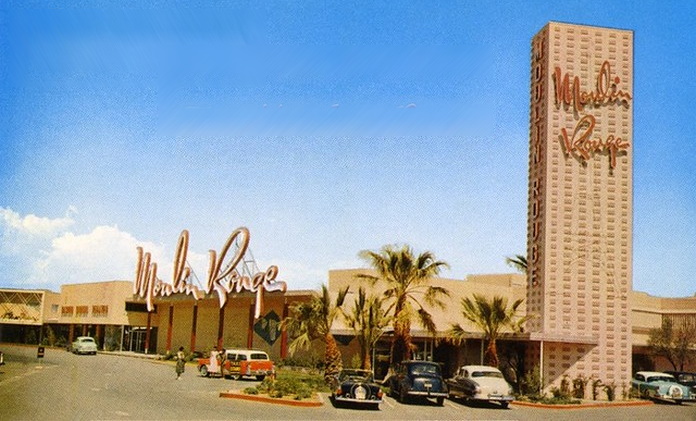 On Feb. 15 from 10 a.m. to noon, Madame Tussauds inside the Grand Canal Shoppes at The Venetian will partner with UNLV and Mastering Mindsets to host an event featuring a panel by the university’s faculty from The African American and African Diaspora Studies program discussing the contributions of important figures throughout history, including those on display daily in the attraction. Additionally, Mastering Mindsets will bring their yearly “Emancipation Circle” event, an educational event allowing families to display artifacts from their ancestors, to the attraction and display throughout.

The Shirelles Will Be Dedicated To The M Resort 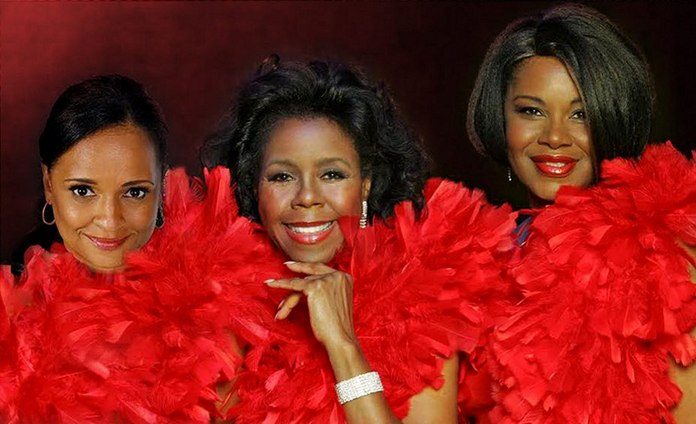 Rock & Roll Hall of Fame members, The Shirelles, will appear in concert inside the M Pavilion at the M Resort on Saturday, Feb. 15 at 8 p.m. Tickets start at $15.

Celebrating their “Dedicated To The One I Love” tour, the legendary girl group will perform more of their timeless classic hits “Soldier Boy,” “Mama Said,” “Will You Still Love Me Tomorrow?” and others. This music group made its debut in 1958 at New York’s legendary Apollo Theater and have since graced nearly every important stage in the world. 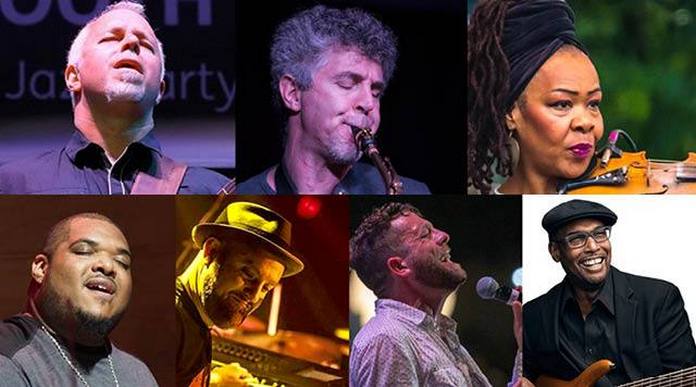 Jazz fusion group Special EFX All Stars and Grammy Award-winning hip-hop group Arrested Development will appear at Aliante in the Access Showroom with 8 p.m. shows in February. Tickets for both shows start at $25.

Formed in 1982, the contemporary jazz supergroup Special EFX All Stars (Chieli Minucci, Elliott Yamin, Nelson Rangell, Karen Briggs, Gerald Veasley, Lao Tizer and Gene Coye) has been recording and performing hits for more than 35 years and will headline on Sunday, Feb. 16. Most recently, the ensemble released their award-winning record “Deep as the Night” in 2017, bringing audiences their melodic and refreshing jazz sounds. 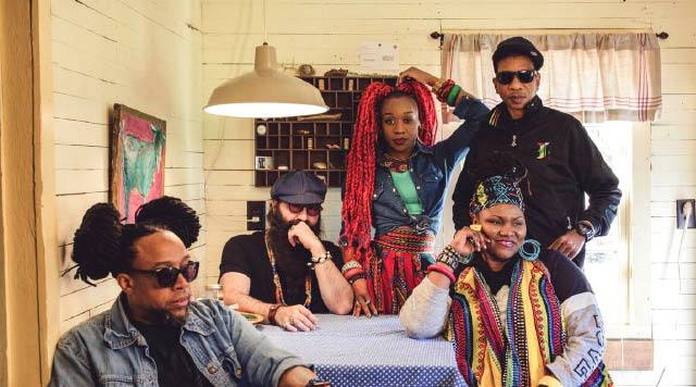 On Saturday, Feb. 29, Arrested Development, best-known as a trailblazing hip-hop group featuring a vibrant and creative blend of African rhythms and sounds, will headline. Since 1991, Arrested Development has released numerous albums including “3 Years, 5 Months and 2 Days in the Life of…,” which earned them two Grammy Awards, two MTV Video Music Awards, a Soul Train Music Award and the NCAAP Image Award. The Rock and Roll Hall of Fame named the group’s smash hit, “Tennessee,” one of the 500 songs which shaped rock ‘n’ roll. 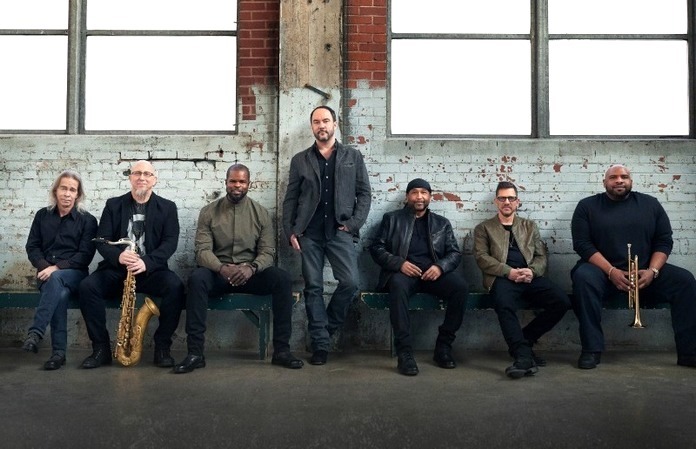 The Dave Matthews Band with a career spanning 28 years will appear at The Chelsea at Cosmopolitan on Friday, Feb. 28 at 8 p.m. The group world-renowned for their live performances has sold more than 24 million concert tickets. Since the band’s inception, their distinctive sound has catapulted them into one of the most successful touring acts of the past three decades. The group was named the biggest ticket seller on the planet between 2000-2010 by Billboard Magazine. With the band’s 2018 release of “Come Tomorrow,” Dave Matthews Band became the first group in history to have seven consecutive studio albums debut at No. 1 on the Billboard 200. 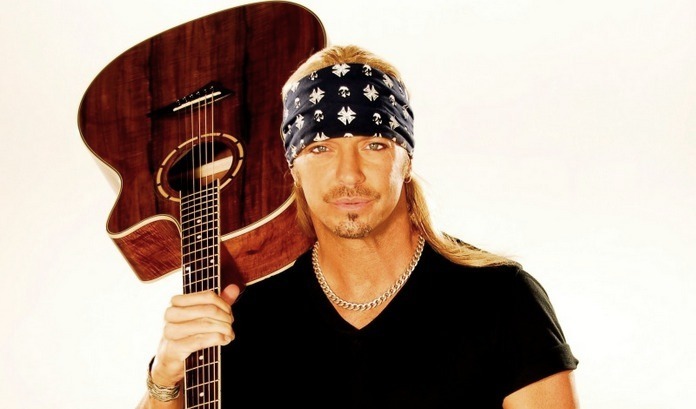 Multi-Platinum rock star Bret Michaels, best known as the lead singer of the chart-topping rock band Poison, will headline a free concert at the Fremont Street Experience downtown during the 16th annual RaceJam celebration on Saturday, Feb. 22 at 9 p.m. over NASCAR weekend.

Michaels was the winning contestant on NBC’s reality show “Celebrity Apprentice 3” and also featured in his own reality docu-series “Bret Michaels: Life As I Know It,” which inspired his highest charting album in 2010 as a solo artist, “Custom Built,” reaching No. 1 on Billboard’s Hard Rock list.