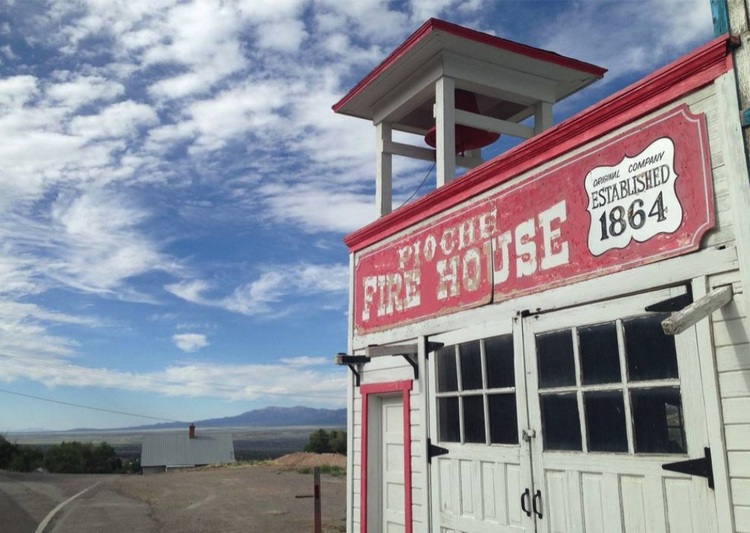 Add another building to the National Register of Historic Places in the town of Pioche.

The National Park Service announced new listings in February, including the Ely Fire Station and the Pioche Fire House, adding to the more than 300 historic sites in Nevada.

Las Vegas Review-Journal reporter Henry Brean noted that the two firehouses were built in the late 1920s. He wrote, “The Ely City Hall and Fire Station, about 240 miles north of Las Vegas, has housed city government offices for almost 90 years and served as headquarters for Ely’s fire department from 1929 to 1999. The Pioche Fire House, 175 miles northeast of Las Vegas, housed that community’s fire department from 1928 until 1954, when a larger, more modern station replaced it.”

At the same time, the park service officially accepted a special report by the Nevada State Historic Preservation Office on historic fire stations across the state. The report provides a history of firefighting and fire station architecture in Nevada and establishes registration requirements for historic stations, making it easier for community members to nominate their eligible firehouses to the National Register.

Brean further noted, “This report directly led to the historic listings for the firehouses in Ely and Pioche.”

Connie Simkins, who grew up in Pioche, remembers the firehouse as being “a light green building that was up the street from Tilly’s.” She also remembers that “the Pioche Labor Day Committee, during the 1950s and 60s, used the building to construct their floats.”

Long-time resident Mike Fogliani, himself once a volunteer fireman in Pioche, said he remembers that in his youth, “the fire chief, Tuffy Klein, lived in an apartment in the basement. When the siren, located on the County Courthouse, as it still is, would sound, all he had to do was just run upstairs and open the double doors.”

He noted the inside of the building was not large, “just a big garage with just room enough for one engine and just enough room to get by it. There was some room at the back of the building and the stairway leading to Mr. Klein’s apartment.”

Since the Pioche fire department was established in 1864, there was no doubt a time when the fire engine was horse drawn, but where the horses were kept Fogliani did not know. Motorized fire engines probably did not come into use in Pioche until a little before World War I.

The firehouse had a bell on top of the building, still there today, and it could be rung with a cord to sound the alarm.

He said he remembers the fire station, “at first had a Ford fire truck, then later added a second Mack fire engine.”

Fogliani also noted that, “Tuffy Klein had two nephews who would often visit during the summer when school was out during the 1950s. They were fairly close in age to me and my brother and we would play around the engine in the fire house. Tuffy would let us boys go upstairs with a soft cloth to polish the engine, polish the bell or siren, sit in the seat, but not play with any of the buttons. The steering wheel, we could touch.”

When Fogliani was a volunteer fireman, and also owned Tilly’s Market, “Whenever the fire siren would go off, I would just lock up the store and run over to the fire station. Or I might just yell at somebody across the street to ‘watch the store,’ and I’d run off.” All the neighbors would come out to watch.

Fogliani says he wishes he knew more about the history of the old firehouse; what stories it could tell!