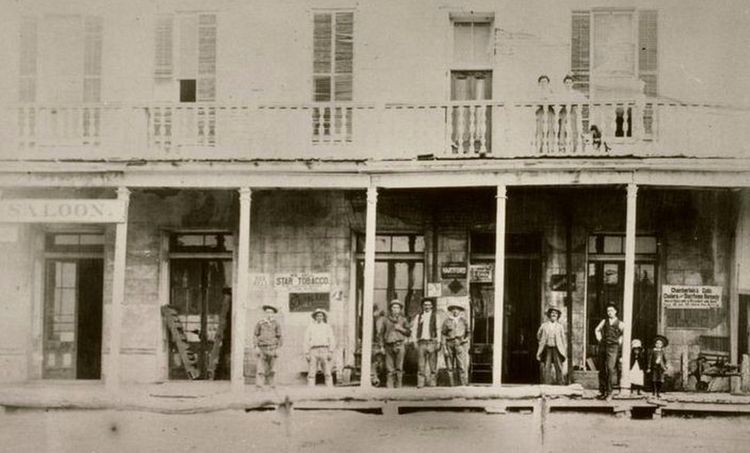 Any mining town, be it for coal, gold, silver, salt, whatever, from the earliest days of the community or when the mining began, had some form of alcoholic beverage. It was either fermented, brewed or distilled nearby, or was already on site in the hands of one or more of the miners.

Most all of the mining communities in Nevada had a tavern, even if it was no more than a tent, which was often the case until a frame structure could be built.

Eureka, Pioche, Virginia City, Delamar, Austin, Hamilton, Belmont, Tonopah, Goldfield, etc., all had some, and the list goes on and on where one can be assured each community in its time had whiskey of some kind available.

Pioche in its heyday boasted of having at least 72 saloons!

Most of the mine workers used alcohol to quench a thirst, or bolster courage for some reason or another.

And when you visit Pioche next time, take a visit to the Pioche Cemetery where many of those shot dead by gunfire in Pioche’s heyday of the early 1870s, got there as a result of whiskey and what they thought it might be able to give them the courage to do so. Many are laid out in a nice straight line, side by side, that is easy to walk along and read their tombstones. No doubt whiskey had a part in some cases as to why they are buried there.

Alcohol, it should be noted, was also considered necessary for medical purposes and was often given to sick children. Many stories could be told under that heading alone.

No one can be absolutely sure about the date of the first distillery in the American colonies back east, but the earliest references date from the mid-1600s.

Maybe it didn’t come from the Pilgrims, pious bunch that they were, but certainly by other settlers who came later.

Miners in Nevada didn’t likely produce alcohol themselves, but  traveling salesmen, “Whiskey drummers,” presented their product with great enthusiasm when they visited the mining towns.  Of course there were also the later  “Snake Oil” salesman  who occasionally came through a given mining town. Lincoln County saw them too. The alcohol content, whiskey or otherwise, in these “medications” varied, but it was usually considerable

Stagecoaches coming into a community from outside, even though drinking by passengers was discouraged on route, probably carried some in their freight supplies, let alone the freight wagons that supplied the mining communities on a very regular basis. And the railroads most certainly were another method of transporting whiskey from Kentucky to Nevada

The one American agriculture product that was useful in making alcohol, whiskey in particular, was Indian maize, better known here as corn.

European countries did not have corn until it was later introduced by returning Spanish and English explorers. The development of corn spirits in the colonies took place mostly in Virginia, Tennessee, Kentucky, and southern Ohio. 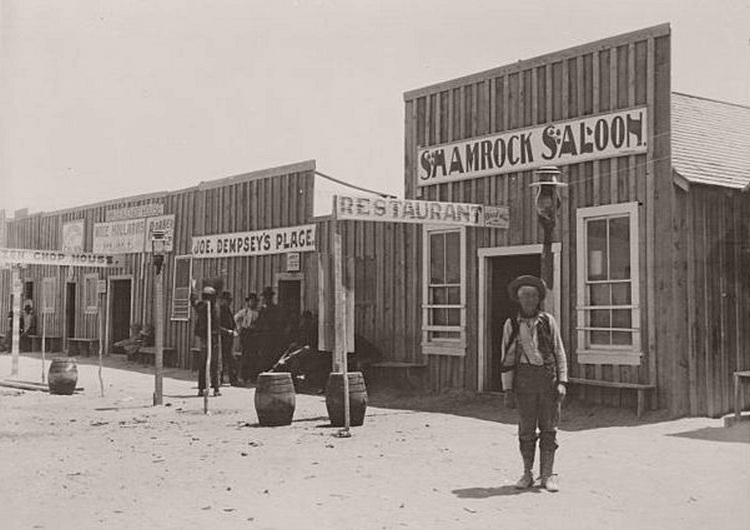 To be sure, coal miners in the northwest regions of Virginia (now West Virginia) took it to the mines with them, and maybe those who worked in the oil fields almost anywhere. Although straight corn whiskey was widely produced, it proved to be an uneven product at best.

Historians note that by 1792, when Kentucky became a state, whiskey production was on the upswing.This was due mainly to the fact the many in Kentucky were farmers among whom the manufacturing of strong spirits was considered a proper agricultural pursuit.

What they produced went with the settlers moving further west in the great western migration. Did the wagon trains carry whiskey? Some did. And some of the great cattle drives of later years likely did also, but on others it was forbidden.

Burt Lancaster’s 1965 movie, The Hallelujah Trail, depicts a wagon train headed for Denver with a cargo of whiskey for the miners. Similar shipments likely came to all the mining communities in Nevada, Lincoln County included.

Whiskey experts state that in 1789, Elijah Craig of Bourbon County, Kentucky began making his own brand of whiskey. There was even an event soon after called the Whiskey Rebellion in 1791, when President Washington imposed an unpopular whiskey tax on producers.

By the end of the Civil War, Kentucky corn whiskey began to find a character of its own and had found favor throughout the United States. The miners who went to the gold fields of California and Nevada before, during and after the Civil War, brought it with them. Most, if not all, of the saloons in Nevada’s mining communities offered it, and a miner could buy his own jug if he so wanted.

On May 4, 1964, the Congress of the United States formally recognized the unique quality of Kentucky bourbon whiskey and proclaimed it a part of the American heritage.

However, untold numbers of Nevada miners, be it Pioche, Delamar, Logan City, Hiko, or anywhere else, had known that for a long, long time. 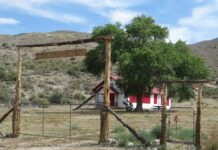