A secret area of Laughlin revealed!

The nicer weather in Laughlin makes it conducive to outdoor exercise. You can stroll the Riverwalk from Riverside Hotel, with a few zigs and zags, to the Laughlin River Lodge, but getting away from the hotels and casinos can improve your inner spirit.

The Colorado River Heritage Greenway Trail is a nice leisurely walk from the Riverside Hotel & Casino to the Davis Dam, with continuous scenery of birds, plants, animals, and the Colorado River.  There are 9 miles of trails for you to walk, jog, horseback ride, or bicycle on in the Laughlin area.  And there are fishing areas galore if you are into bait and tackle boxes.

You can also start your walk from their parking lot, which can be found by turning at the first southwest side road past the intersection of Highway 163 and Casino Drive.  If you are coming from Highway 163 there is a brown sign stating “Colorado River Heritage Greenway Park and Trails” that is just after (almost blocking) the 35 mph speed limit sign.

From the parking lot you will take the trail over the pedestrian bridge known as the Blue Gateway Bridge, which is part of the North Reach Project of Laughlin’s Colorado River Heritage Greenway Park and Trails.  See if you can find the sign of The Riverwalk Exploration Trail to learn about the history of Davis Dam, gold mining and the inhabitants of this area.  And if you continue walking to the Dam see if you can find the hope and life tree on the ground.

Closer to Davis Dam you will find a refreshing, relaxing area at Pyramid Canyon Park in Pyramid Canyon Recreation Area.  You can enjoy the hard-covered area with picnic tables set on concrete slabs and BBQ grills.  Or you can run through the open expanse field of green and view Davis Dam and the Colorado River in peace.  There are also soft-covered shade areas over the slides and jungle gym creations, with a splash pad water fountain feature for the young ones.  And something you would not expect in the area are clean restrooms.  Really, this area has been beautifully kept up and, based on the number of people we have seen here, is a big secret.

Another way to get to the day use area of Pyramid Canyon Park is to drive there instead of taking the long walk.  It can be accessed by taking Highway 163 for approximately 2 miles west of Casino Drive.  Turn onto Davis Dam Road (going north) and follow it until you get to the parking area.

At one time, you were able to drive and walk over the Dam.  For security reasons this is no longer allowed.  This is a nice area to visit if you have never seen a dam in action or been up close to one.

Golden Entertainment is changing their rewards program.  It is now called True Rewards, and they are rolling it out on different dates through June, 2019.  For Laughlin, this includes the following hotels which they now own: Aquarius, Edgewater and Colorado Belle Hotel. The Aquarius will change towards the end of March.  Edgewater and Colorado Belle are not scheduled until June.  If you have points at any or all of these locations they will be transferred to the new program.  And if you already signed up at these properties and do not have points you will still be considered an active member, so will not be able to take advantage of any new player sign-up offers.

Caesars has also changed their rewards program from Total Rewards to Caesars Rewards.  Make sure you go to the players club to get your new card.

The Tropicana has a new, good food choice for you!  The Brew Brothers Tap House has opened with a modern vibe, a clean expanse, 16 brews on tap, and a fantastic brisket sandwich.  Check ‘em out!

Hangry Paynes opened in the Outlet Mall.  They have a variety of sandwiches and soups.  Drinks and a cookie are included with your meal.  They also really encourage you to ask for a homemade soup sample.  They even offer discounts for seniors, the military and mall employees. 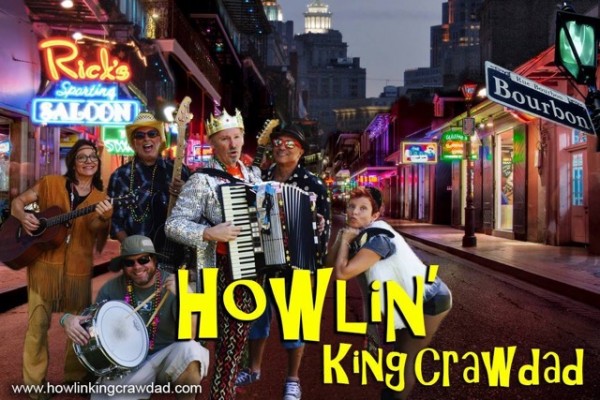 The season for outdoor festivals on the Riverwalk between the Colorado Belle and Edgewater Resorts will begin March 1-3 with the Mardi Gras Festival featuring live Cajun, zydeco and blues music performed by Howlin’ King Crawdad and the Zydeco Mud Bugs with Madame Laroux on the Loading Dock Restaurant’s stage. There will be food and beverage vendors selling a variety of deep south entrees such as Creole Seafood Jambalaya, Sausage and Chicken Gumbo, and Cajun Fried Chicken, as well as Hurricane cocktails. Festival hours will be 2-10 p.m. Friday and Saturday and noon to 7 p.m. on Sunday.

The Shamrocks & Shenanigans Festival will be held Friday-Sunday, March 15-17 with live performances by Paddy’s Pig. Food and beverage vendors will sell Irish fare from Corned Beef and Cabbage and Bangers and Mash to Shamrock Juice Cocktails and a variety of beer. Event hours are Friday 2 to 10 p.m., Saturday 2 p.m. to midnight, and Sunday noon to 7 p.m.

The Big Band Theory, Thursday-Sunday, March 7-10 will bring music, singers and the TAD Swing Dancers to Don’s Celebrity Theatre for a dance party beginning at 7 p.m. Cost is $32.

The Fitzgerald’s Irish Celebration: An Evening of Music and Dance will take place Wednesday-Sunday, March 13-17 at 8 p.m. This show will be all things Irish with The Fitzgeralds. The fiddle and step dance group highlights three-time Canadian Grandmasters Fiddle Champions Julie, Kerry and Tom Fitzgerald. They are joined by five-time Canadian Open Step Dance Champion and guitarist Kyle Waymouth. The show will include Celtic jigs and reels, Irish ballads like “Danny Boy,” western swing tunes such as Bob Wills classic “It’s All Your Fault,” and traditional fiddle tunes. Tickets are $32.

Four Tops Perform at the Edgewater 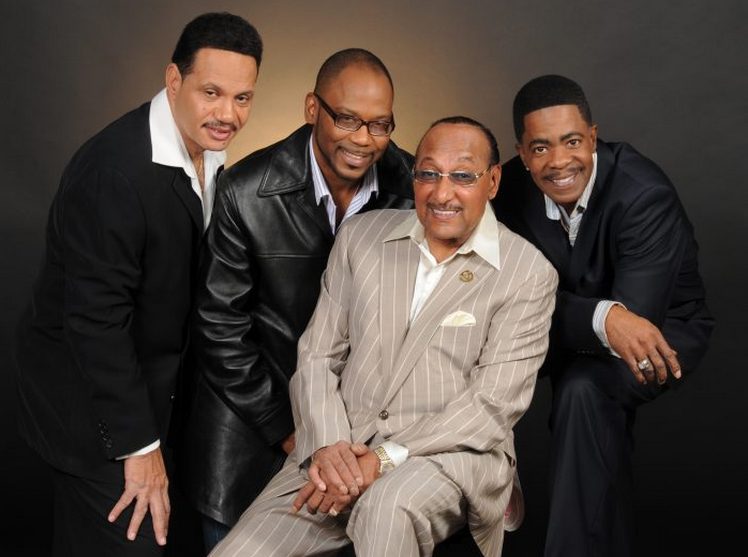 The Four Tops will appear in concert at the E Center at the Edgewater on Saturday, March 9 at 8 p.m. The Gammy, Rock ’n’ Roll and R&B Music Hall of Fame inductees are a vocal quartet originally from Detroit, Mich., who helped define the city’s famous Motown 1960s sound. Tickets start at $30.

The group was founded as the Four Aims with lead baritone singer Levi Stubbs, Abdul “Duke” Fakir, Renaldo “Obie” Benson and Lawrence Payton, who remained together for more than four decades until 1997. The foursome produced dozens of hits, including memorable tunes “Baby I Need Your Loving,” “It’s The Same Old Song,” “I Can’t Help Myself (Sugar Pie, Honey Bunch),” and many more. 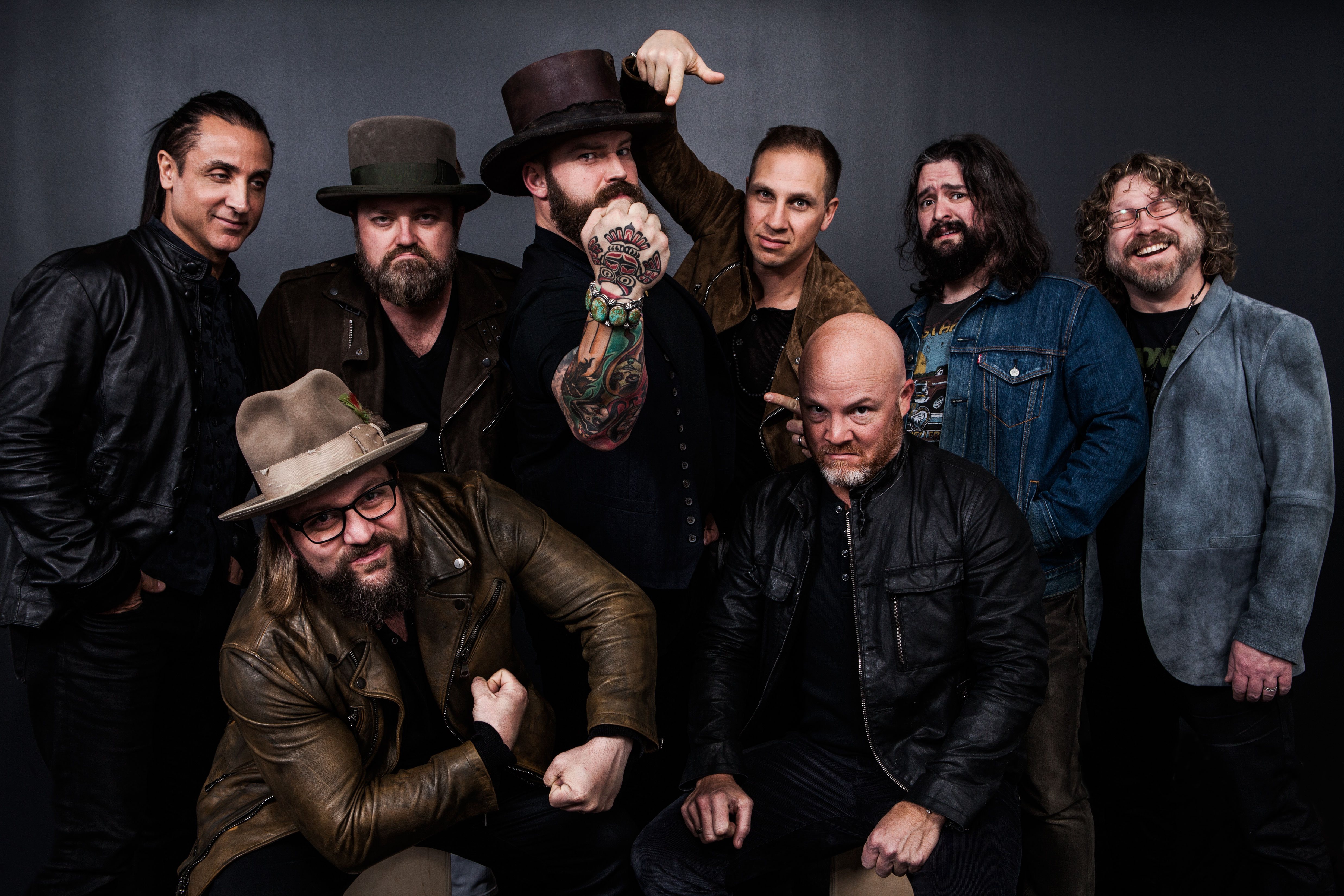 The Zac Brown Band concert at the Laughlin Event Center on Saturday, March 16, will be one of only two “Down the Rabbit Hole Tour” shows the band will play on the West Coast. Tickets start at $105.

The multi-platinum, three-time Grammy Award winning southern rock group with front man Zac Brown has sold more than 30 million singles and nine million albums. Brown is also an impactful songwriter, producer, head of a record label, business man, and philanthropist. The band has achieved 15 No. 1 radio singles, and it is the second act to top both the Country and Active Rock formats. 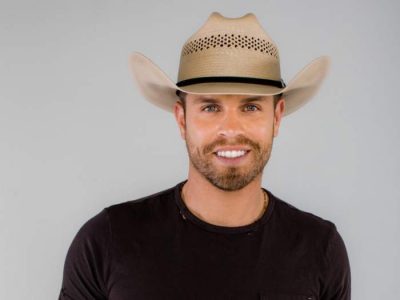 Country music star Dustin Lynch will headline the outdoor Rio Vista Amphitheater at Harrah’s on Saturday, March 30 at 8 p.m. with tickets starting at $26.60.

Lynch’s career is red hot with his current single “Good Girl” inside country radio’s Top 5. Out of the gate, his debut single, “Cowboys and Angels” was platinum-certified with five consecutive No. 1 songs and three Top 5 albums following. He’s been touring with the genre’s biggest names including Luke Bryan, Brad Paisley and Florida Georgia Line and singing his chart-topping hits including “Small Town Boy,” “Seein’ Red,” “Mind Reader,” “Hell of a Night” and “Where It’s At.”

Guess you know you’ve arrived when you can fulfill a dream of creating your own fashion line, Stay Country. Women’s and men’s shirts, hats, and accessories are emblazoned with the distinctive Stay Country logo.