A Lake Mohave secret revealed — when you just gotta go!

This month, we continue on with our travels on the Nevada side of Lake Mohave, visiting its not-so-famous coves.  The following information are points of interest for these coves which are not frequented as much by those unfamiliar with the area. 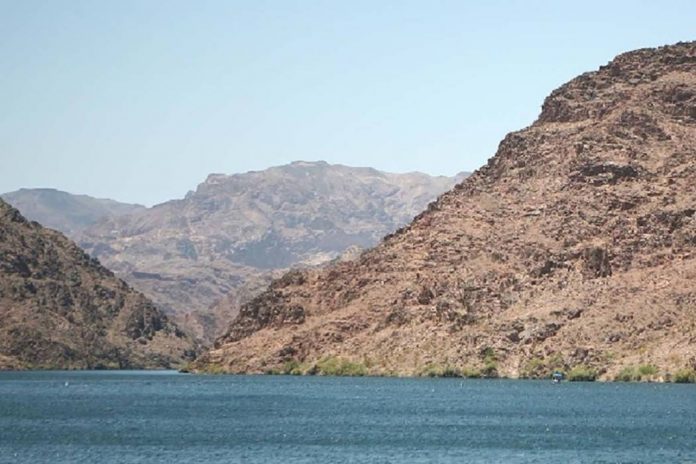 Keep in mind that all of the coves located on the Nevada side are there because of washes.  When it rains in Nevada the water flows eastbound towards Lake Mead, Lake Mohave and the Colorado River.  If it is raining or about to rain you will be better off in a boat instead of in a vehicle.  Always be mindful of the weather before going to an area you are unfamiliar with. This is a neat topography map of the area from the National Park Service so you can see how the water run-off works.

Also, be mindful of the wind speed.  If you are deciding on a do-it-yourself paddling trip by canoe or kayak you don’t want to be blown across the lake and not be able to get back.  Or for that matter, be stranded in a cove for hours at a time.  There are wind flag warnings at several of the larger locations to help you out. 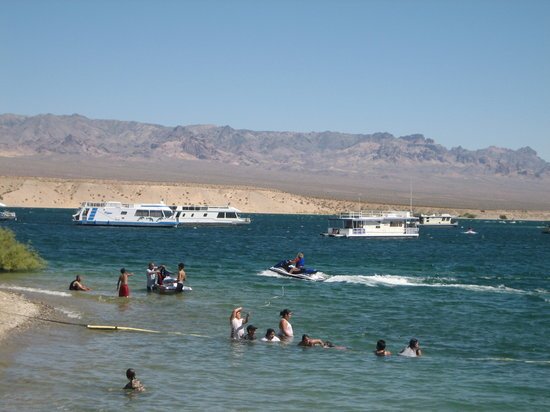 And I cannot put enough emphasis on “taking it with you”.  If you create garbage while you are on the shore or in a water vehicle please take it with you when you leave if there are no garbage cans available to handle all of your trash.  In most areas, there is no one who will be collecting it, and we want to keep it out of the water so it does not make it to the dam.  Plus, it keeps the camping areas clean, so you can return again to a modicum of comfort.

You will not find restroom facilities at the smaller coves.  The restroom designated areas are at Telephone Cove, Nine Mile Coves, Six Mile Cove, and Cottonwood Cove. 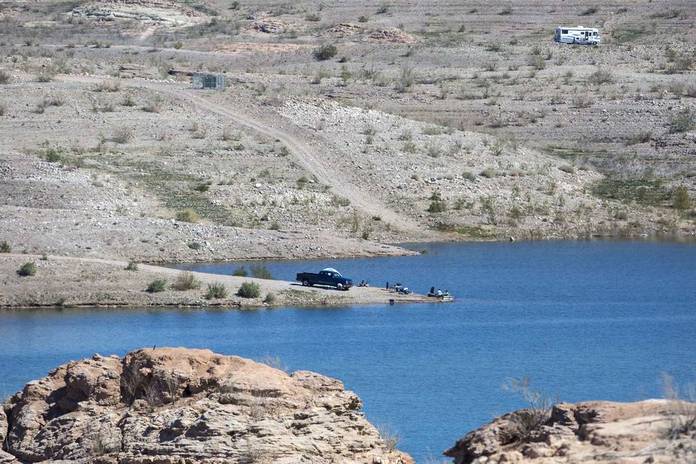 Although there are many locations to plant yourself and your water vehicle along the way here are some of the nicer areas to land, camp and explore, working your way north from Davis Dam.

Newbury Cove is just north of Telephone Cove and has a few inlets on the south portion of the Cove for beach access.

Not too far north of Newbury Cove you will find that Cholla Cove’s northwestern section has a nice section of beach for landing.

Pyramid Cove has a good stretch of beach for camping, walking and boating.

Green Light Cove is only 8 miles from Laughlin and a great place to fish.  The best fishing times are between 1 p.m. and 5 p.m. 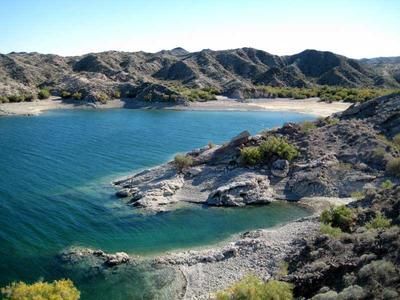 Both Quartz and Roman Coves have crescent shaped beach areas.  They are rather small; but, if you need to stretch your legs they are good areas for walking and hiking.

Finger Cove is a smaller location for setting up your camp with friends or family members.

Mesquite Cove is between Six Mile Cove and Cottonwood Cove and has more land to set up your camping and play area.  It can be shared by several families.

If you decide to just camp out for a few days and play on your water equipment, bring tents, canopies, large umbrellas, sunscreen, sun hats, beach towels, first aid kits, trash bags, and coolers with you.  It will make your stay more enjoyable.

The Riverside is offering an all-you-can-eat fried chicken special for $5.99 (+ tax) every Monday in November from 4 p.m. until 8 p.m. for their casino players club, King of Clubs, members.  You can still get this special if you are not a players club member; the price is just increased by $2.00 to $7.99 (+ tax).

This special is not in their Riverside Café nor their buffet!  You will have to go to the Starview Room which is one of their meeting/banquet rooms on the 2nd floor by Losers Lounge outside of the Bowling Alley.  The easiest way to get there is to take either the escalator or elevator located right by the non-smoking section of the casino and pool area.

There is a restaurant expansion happening at the Laughlin Outlet Center.  Newly opened Hangry Paynes, which I mentioned opening in my March, 2019 article, is adding a pizza place and deli to the Mall.  This small restaurant might serve a limited soup and sandwich menu; but, the food is fresh and tastes really good.  They have always offered discounts and free soup samples.  And you could take soup home by the ½ or full gallon.

Now, they will have a pizza restaurant right next door and will also offer ordering and delivery options inside the Mall to 3 different eating areas that are being set up.  Oh, and the Deli is sponsored by Boar’s Head, so you will be able to order sandwiches and by the pound items to take home.  The pizza restaurant should be open as you are reading this with the grand opening on November 20th.

A piece of sad news for the Mall:  The Kitchen Collection store is closing!  It is not just closing in this location; all of their stores are closing across the country.  The sales have already started and they anticipate closing up by the end of this year.

“Visions of the Future,” a UFO, remote viewing and ESP convention, will be held Friday-Sunday, Nov. 1-3 at the Aquarius Pavilion. There will be speakers, panels, presentations, experiencer sessions, and movies. The conference is presented by StarworksUSA with a mission to support both the research and inquiry into the UFO phenomenon and those who have had the profound experience of contact with extraterrestrial life. Information and registration are available at starworksusa.com. 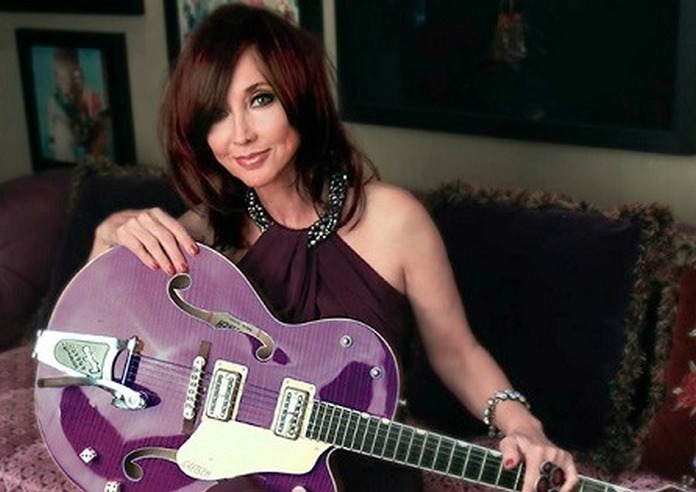 Child of Music City royalty and a former rebel, Pam Tillis will appear at the Riverside Resort in Don’s Celebrity Theatre Thursday-Sunday, Nov. 21-24 at 7 p.m.  Tickets start at $30.

Singer-songwriter Tillis was a Country Music Association (CMA) Female Vocalist of the Year. She has written songs for some top singers in and outside of Nashville, including creating more than a few of her own hits such as “Land of the Living,” “Mi Vida Loca (My Crazy Life),” and “All the Good Ones Are Gone.” When Tillis committed to making a genuine country album, “Put Yourself In My Place,” it yielded two number ones, two top five singles, and one top 20 hit.

Tillis has performed on Broadway stages, modeled for “Glamour” magazine and is a member of The Grand Ole Opry. She is a three-time CMA award winner and has been nominated multiple times for Grammy’s Best Female Country Vocal Performance — in 1993 for “Maybe It Was Memphis,” in 1996 for “Mi Vida Loca” and in 1998 for “All The Good Ones Are Gone.” Most recently, she had a 2012 IBMA Song Of The Year nomination for co-writing Dale Ann Bradley’s “Somewhere South Of Crazy.”

In the third decade of her career, she is currently touring extensively on her own, as well as with her “Grits And Glamour” tour partner, country star Lorrie Morgan. 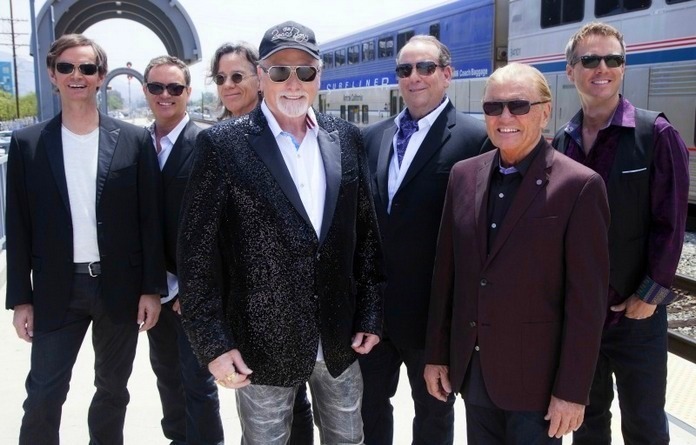 This American rock band in 2012 made their 50th Anniversary Reunion Tour and in 2016 celebrated the 50th anniversary of their hit tune “Good Vibrations,” widely considered a masterpiece in the history of Rock ‘n’ Roll. The Beach Boys have continued to create and perform with the same bold imagination and style since their explosive debut more than 50 years ago. They were one of the earliest self-contained rock bands and one of the few U.S. bands sustaining success before, during, and after the infamous 1964 British Invasion.

Between the 1960s and 2010s, the band had more than 80 songs chart worldwide. Selling more than 100 million records globally has made them one of the world’s best-selling bands of all time. The group’s 2013 “Sounds of Summer” was certified Triple Platinum, and its companion “The Warmth of the Sun” sparked a renewed interest in The Beach Boys which spans the globe. 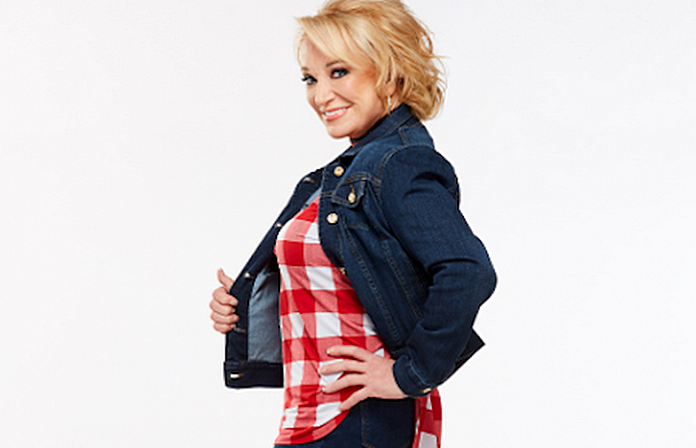 American country music artist Tanya Tucker will headline The E Center at the Edgewater on Saturday, Dec. 7 at 7 p.m. Tickets start at $35.

Tucker encountered fame early on at age 13 with her first hit song, “Delta Dawn,” in 1972, and went on become one of the few child performers to maintain success in adulthood. Over the course of her career, she garnered top-10 and top-40 hits. Between 1988 and 1989, Tucker enjoyed one of her most popular years on the charts, racking up eight country top-10 hits in a row. In 1988, she was nominated by the Country Music Association for “Female Vocalist of the Year,” and other major awards.

In 2019 Tucker re-recorded “Delta Dawn” with Brandi Carlile and Tenille Townes for Cracker Barrel’s 50th year CD celebrating the “Women of Country Music: Then and Now.”