It’s time to celebrate around the river! 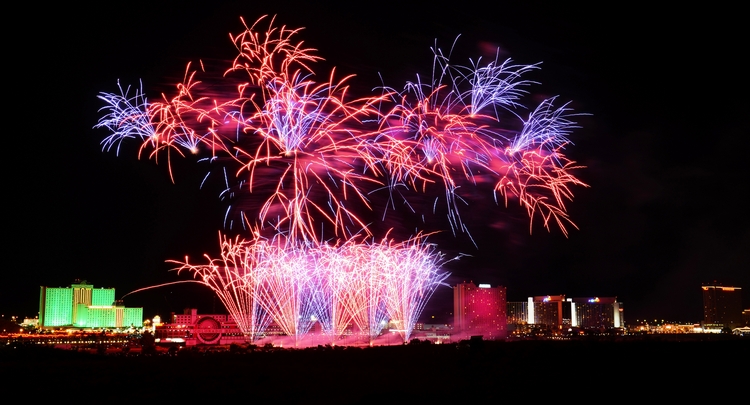 July is the time to celebrate the 4th, BBQ with friends and family, and ramp up the summer vacations before the kids go back to school.

The 4th of July is a special time in Laughlin with the Rockets Over The River fireworks spectacular that is being celebrated on 2 separate dates this year.  The first already occurred on June 29th.  The second will be on Thursday, July 4th at approximately 9:30 p.m.

The fireworks are actually set off across the river in Arizona, normally in the vicinity of The Pioneer, but can be viewed all along the Riverwalk with the hotels broadcasting patriotic music, simultaneously, from their outside speakers.

If you happen to be around the AVI Hotel and Casino on July 4th they will also be firing off their own set of rockets which can be seen at a closer range from their beach area.  They will have vendors providing food and drinks for purchase.

The only hotel that has officially sent out invites for a 4th of July celebration is Harrah’s Hotel & Casino.  Our invitation for the free party for 2 covers a buffet, free bar drinks, entertainment and the fireworks display on their beach.  The party begins at 8 p.m. for invited guests.  If their party is not packed with invited guests they might allow some of the other guests of the hotel, based on their play.  It is worth it to ask at the hotel if you are interested in attending.

The Tropicana is inviting everyone to join them on their front veranda to watch the fireworks.  You will be able to see the show, but remember, the hotel is on the west side of Casino Drive and not on the river like the other hotels.

Let the celebration continue throughout July with a Celebration Cruise!  I have been asked about the difference between the river cruises in Laughlin.  I gave some of the details on the USS Riverside cruise docked at the Riverside Hotel & Casino in my April 2018 article. 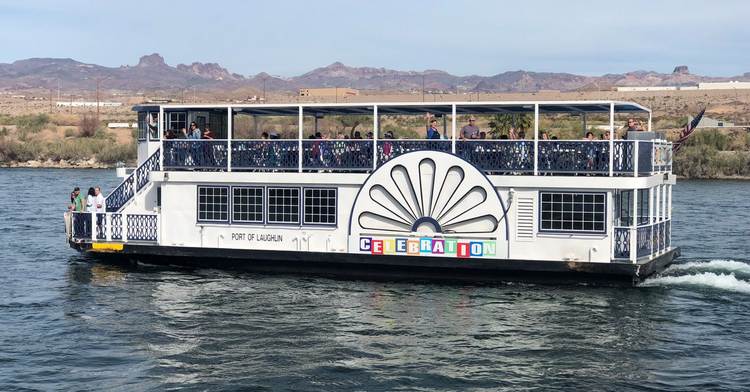 The Celebration Cruise is different in that they have a couple of cruise types a day.  The 112 passenger, 2 deck paddlewheel looking boat docks at The Aquarius and boarding is allowed 15 minutes before departure.

The normal river cruises, during the day, are at 12:30 p.m. and 2:30 p.m.  You will spend 90 minutes on the river from Harrah’s to the Bridge before the dam.  It does not go close to the dam because it cannot get under the bridge because of the boat height.

They also have a dinner cruise that runs every day except Tuesdays and if inclement weather or due to a lack of bookings.  This is a 2 hour sunset cruise for $45 per person which runs from 6 p.m. until 8 p.m.  For this price you have your choice of Chicken Marsala, the fish of the day, Vegan Ravioli, or Pasta Tortellini. 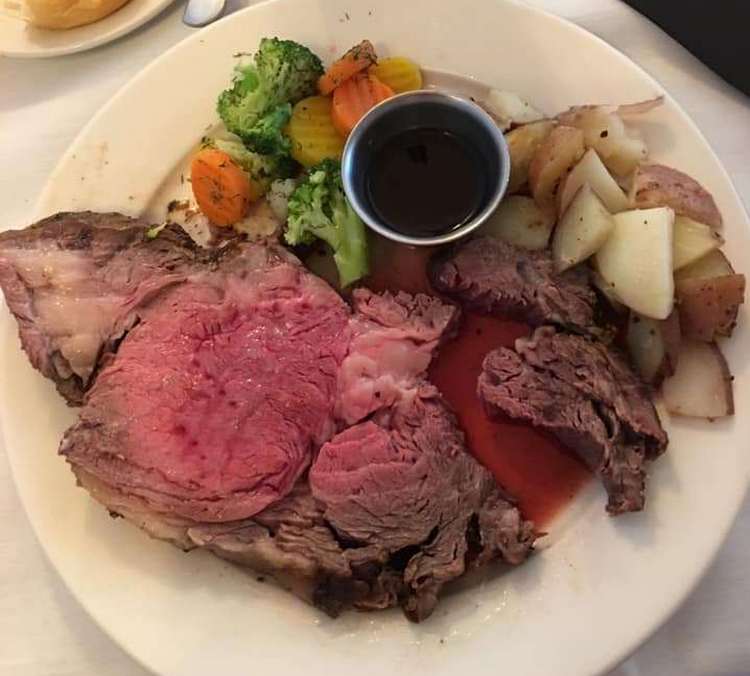 For an additional $3, or $48, you can have the prime rib dinner.  You could also add a 4 to 5 oz. lobster tail for $12.    The dinner includes Caesar salad, veggies, rolls, and dessert.  Again, an additional cost of $6 will be charged for an upgraded (deluxe) dessert such as apple or triple berry tart or double chocolate chip pie.  And for the never ending pesky fees while you are vacationing, they also tack on an 18% gratuity plus a service fee.  So, the normal $45 charge per person will actually cost a minimum of $56.29.

You will need to call for reservations at (800) 228-9825 unless you book on their website at http://www.laughlinrivertours.com.  If you book on the website you can make your meal choices and put in any special requests (like seating by the window).  You can also book your reservation in person at the docking area at The Aquarius.  This way, you can find out how many people are already registered for the cruise you want to take.

The river boat dinner cruise is a good choice if you have not been on the river for any reason.  You can relax, enjoy the scenery, leisurely enjoy your meal, grab drinks from the full service bar, and savor good company in air conditioned comfort.  Or you can enjoy being outside, if the heat isn’t unbearable, on the upper deck.  By the way, the food (prime rib) tastes delicious.  There is live entertainment and you get to ride the river at sunset, which can be romantic (depending on who you are with on the cruise.)  And how often do you do this? 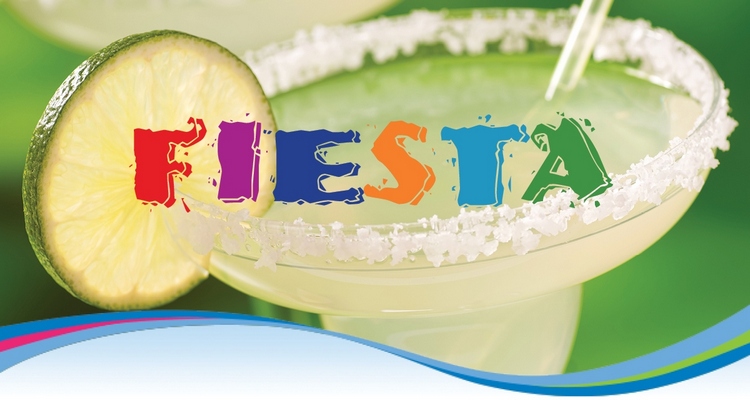 For a different type of celebration in July you can purchase a $40 ticket to the 22nd annual Fiesta being held at the Aquarius Pavilion.  From 6 p.m. until 9 p.m. on Friday, July 12th you can sample as much and as many margaritas as you would like, created by teams of bartenders from the various Laughlin hotels and even restaurants across the river.  You can enjoy Mexican creations, take part in drawings and, possibly, win prizes.  The event benefits the Boys and Girls Clubs of the Colorado River.

It’s WAR at the Edgewater 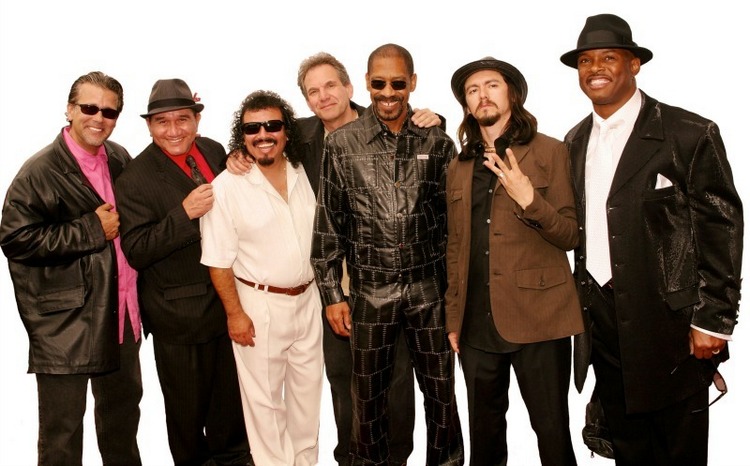 Multi-platinum-selling WAR, the original street band from Long Beach, Calif., will headline the E Center at the Edgewater on Saturday, July 13 at 8 p.m. Tickets start at $25.

WAR was formed in 1969 while the Vietnam War was happening; however, they were creating music to spread a message of brotherhood and harmony. They were discovered by veteran record producer Jerry Goldstein (“My Boyfriend’s Back,” “Hang On Sloopy,” “I Want Candy”) and rock legend Eric Burdon, the ex-lead singer of the British band The Animals. Their debut album was “Eric Burdon Declares WAR” with the key track, Latin flavored “Spill The Wine,” which was an immediate worldwide hit launching the band’s career.

Burdon bailed out on WAR while on tour, which resulted with the group going solo with  their 1971 self-entitled debut album. The rest is history with hits such as “The World Is a Ghetto,” “The Cisco Kid,” “Why Can’t We Be Friends?”, “Low Rider,” and “Summer.” Recently, “LA Weekly” declared WAR in the top 10 concerts of 2018. With 12 Billboard Top 40 Hits, seven Top 10 hits, more than 50 million records sold, and countless samples and nods by artists, WAR sealed their status as a household name and proved their music and message continues to be as relevant even today. 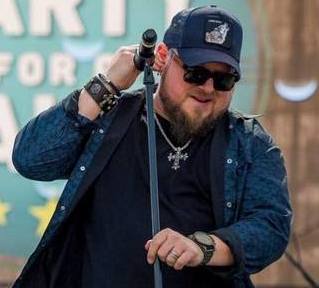 Brodie Stewart is bringing “The Red, White and Blue Tour” to the Pavilion Theater at the Tropicana on Friday and Saturday, July 5 and 6. Tickets are $25 and $20 for veterans and active duty.

California native Stewart grew up going to the rodeo, listening to country music, singing and playing guitar. He formed and fronted a Southern Rock band, which toured, opened for big artists and even charted on Billboard. While working on his own band’s material, Stewart wrote and produced songs for other artists such as “Sweet Isabel” recorded by Enrique Iglesias.

Currently, all of Stewart’s attention is on his band’s country music endeavor and debut album “Born American.” The Brodie Stewart Band’s high-octane show has been touring the West Coast opening for top recording artists such as Lynyrd Skynyrd, Lady Antebellum, Darius Rucker, Brett Eldredge, Big & Rich, Hank Williams Jr., and many others. 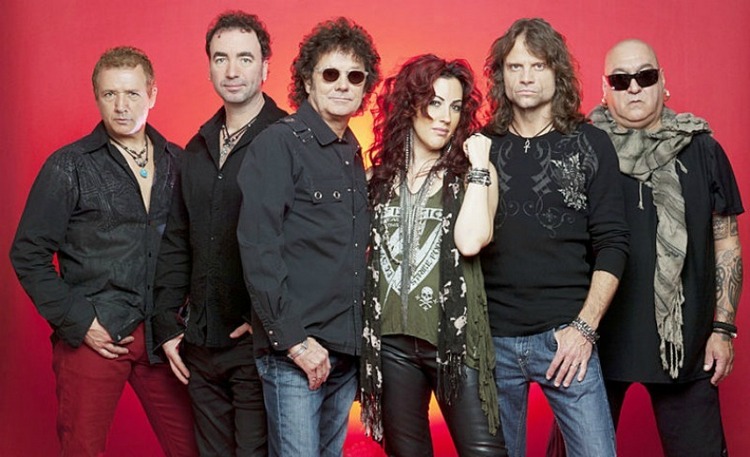 Starship featuring Mickey Thomas will appear at The E Center at the Edgewater on Saturday, July 27 at 8 p.m. Tickets start at $25.

Thomas is the voice which has propelled Starship through the decades of the ’80s and ’90s. In 1979, he joined Jefferson Starship as lead vocalist, after the departure of Grace Slick and Marty Balin. Immediately the group scored a No. 1 hit with “Jane” and changed their name to Starship. Their early hits included “No Way Out,” “We Built This City,” “Sara,” and received an Oscar nomination for the No. 1 hit “Nothing Gonna Stop Us Now” from the movie “Mannequin.” Every Starship album released since 1979 has gone Gold, Platinum, or Multi-Platinum.

The band’s new album, “Loveless Fascination,” is the group’s first studio record in more than 20 years. 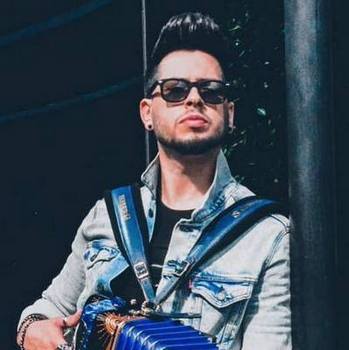 Second in the Avi’s Latin Summer Series being held in the Ballroom will be rising star Adrian Crush on Saturday, July 20 from 8 p.m. to midnight. Crush is the lead vocalist and accordionist of Adrian Crush and E-Lab Banda presenting a show full of Cumbia with a fusion of Reggaeton to keep audiences dancing while staying true to their Tex-Mex roots. Tickets are $15

In addition to the show in the Ballroom, there will be a Latin act performing in the ArrowWeed Lounge Friday-Saturday, June 21 and 22 from 9 p.m. to 1 a.m.