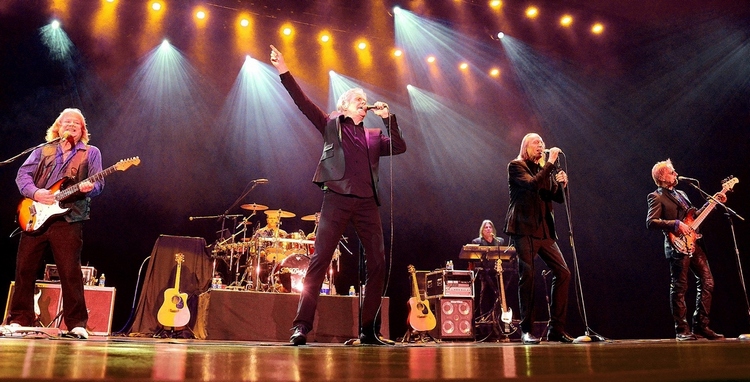 Rock band Three Dog Night, formed in 1967, will headline The E Center at the Edgewater on Saturday, June 15 at 8 p.m. The Grammy-nominated group maintains an aggressive touring schedule of 90 to 100 dates a year. Tickets start at $30.

Three Dog Night made its official debut in 1968 at Whiskey a Go Go at a press party hosted by Dunhill Records, while they were still in the process of making their first album, “Three Dog Night.” In the years 1969 through 1974, no other group achieved more top 10 hits, moved more records or sold more concert tickets. The band registered 21 Billboard Top 40 hits with three hitting No. 1 during this time period. Songs like “Mama Told Me (Not To Come),” “Joy to the World,” “Black and White,” “Shambala” and “One” have cemented the band’s continuing popularity.

The group’s memorable name refers to native Australian hunters in the outback who huddled with their dogs for warmth on cold nights; the coldest being a “three dog night.” 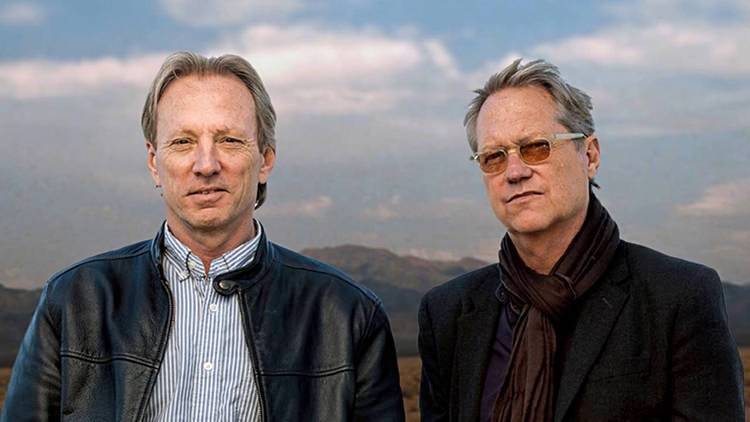 Classic-rock band America will make a stop at the Edgewater in The E Center on Saturday, June 29 at 7 p.m. The group has amassed six certified gold and/or platinum albums. Tickets start at $35.

Founding members, Gerry Beckley and Dewey Bunnell along with former band mate Dan Peek met in high school in London in the late 1960s and harmonized their way to the top of the charts. America’s widely renowned singles – including “Horse With No Name,” “Sister Golden Hair,” “I Need You” and “Ventura Highway” – were considered cornerstones of the 1970’s Top 40 and FM rock radio.

By the mid-70s, inter-band conflicts combined with an exhaustive touring and recording schedule took its toll. Peek departed from the fold in 1977, and Beckley and Bunnell carried on as a duo. This year 2019 marks the 49th Anniversary for America.

La Ruleta Norteña will be center stage in the Avi Grand Ballroom on Sunday, June 30 at 9 p.m. The band was formed in Las Vegas and the name translates to The Northern Roulette and evolved from the group performing in a casino and walking by a gaming table where Roulette was being played. Tickets are $10. 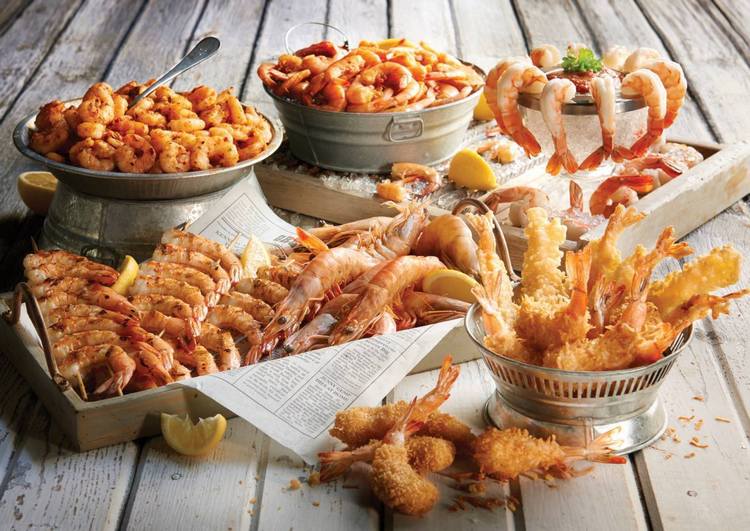 Where do the locals eat in Laughlin?

So, you’re looking for a place to eat or to enjoy some live music and don’t know any of the places to go.  To start, here are some suggestions for some of the good locals eats in town.

If you have a car you can take the short drive, four miles or so, down Casino Drive from Harrah’s to Bruce’s Taste of Chicago.  It is located at Bayshore Inn next to the Blue Lagoon Lounge.  It is in the back of the Inn closer to the river.  Instead of parking close to Casino Drive, go through the side entrance all the way to the back of the hotel for the entrance where there is ample parking.

If you do not have a car you can have their food delivered!  They charge $2 for delivery and have a $10 minimum order.  Their food is surprisingly good for a small place located a little away from the crowded strip.

This is a nice, small, clean gem-of-a restaurant that serves Chicago style Italian Beef (au jus on the side) with peppers, BBQ beef, Vienna hot dogs, pastrami, corn beef, burgers, and cheese steaks, along with fresh cut fries, chili fries, super big onion rings, and finger foods.  They are Bear and Cub fans from Chicago and you might get a discount if you wear a hat or shirt with any Chicago team logo.

Ask what their special is for the day, which is usually a sandwich with fries included.  They also have standard nightly specials for $9.99.  Examples are their Chicken Tender Dinner, which includes ½ lb. with mashed potatoes, vegetables and a small salad, or their Ground Beef Patty Dinner with 1/3 lb. patty, grilled onions, mushrooms, and mashed potatoes.  There are Chef and Taco salad specials each for $9.49.

On the Strip, right next to The Hideout on the second floor across from Golden Nugget, is Minato’s Sushi Bar & Japanese Restaurant.  They serve fresh Sushi, Korean BBQ and Japanese selections.  For $40 you can have all you can eat from their lunch and dinner menus, which includes their Nigiri Sushi, Sashimi, special rolls, hand rolls, tempura rolls, fried rolls, and baked dishes, or you can order ala carte if you are not famished upon entering.  The bullhead and spicy tuna rolls are excellent.  I have not been a fan of sushi. However, there are other entrees to try, and if you are a novice to using chopsticks and want to try them, ask for the “cheater sticks.”  Their food is fresh, and the service and dining area is inviting although small.  Be prepared to want to go back and try them again. 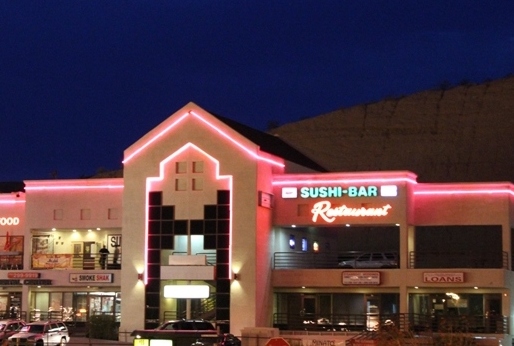 If you want to dine in the comfort of your hotel you can order online from them or call in your order.  They are open 7 days a week beginning at 11 a.m. Monday, Wednesday and Sunday through when they close at 9:30 p.m.  Tuesday and Thursday they are open from 11:30 until 9 p.m.  Friday they open from 10 a.m. until 10:30 p.m.  On Saturday they are open 11 a.m. until 10:30 p.m.  Make sure you order at least 1 hour before close if you are picking up since it takes them at least 20 minutes to complete your order.  This way you will also know if they are closing early.  Their complete menu is on their website.

Chuckwagon at The Regency.  Should I expound on that name?  This is another favorite of the locals in Laughlin and has become an even bigger hit with travelers.  I wrote extensively about it in my June, 2018 Laughlin Correspondence article, and their Yelp reviews have skyrocketed!  For an update, I can tell you that the food is still great.  The specials are still intact, and the owners are very friendly and the bartenders humorous!

If you are going for the prime rib try to get there earlier rather than later.  They do run out because of the demand.  They begin serving at 4:30 p.m. Thursday through Sunday until they close at 9 p.m. most nights.  The prime rib is cheaper, Thursday only, when they offer it at a $2.00 discount.

When you are in town visiting you are caught up with the roaming from hotel to hotel, walking along the river, grabbing a quick bite to eat, and gambling.  You do not search out the entertainment aspect unless you have a specific entertainer or show you want to see, or you happen upon the entertainment as you are passing by a section of the hotel.  Here are a couple of places you can go for live music that won’t break your stash of cash and where you can relax and savor your vacation.

Every night of the week you can find a band at The Tropicana in Tangos Lounge.  Attached is the link to their Facebook page for the upcoming entertainment groups, dates and times.  At Tangos you can enjoy a few drinks, live music, a dance floor, and can add gaming if you desire.

Another location with live entertainment a few nights a week is at Laughlin River Lodge in the Big Horn Café.  They have special performers during the week with laid back music.  You can enjoy their happy hour specials available in their bar or lounge every day from 4 p.m. until 7 p.m.  Their delicious prime rib sliders with housemade french fries are $6.00 with $2 bottled beer and well drinks.