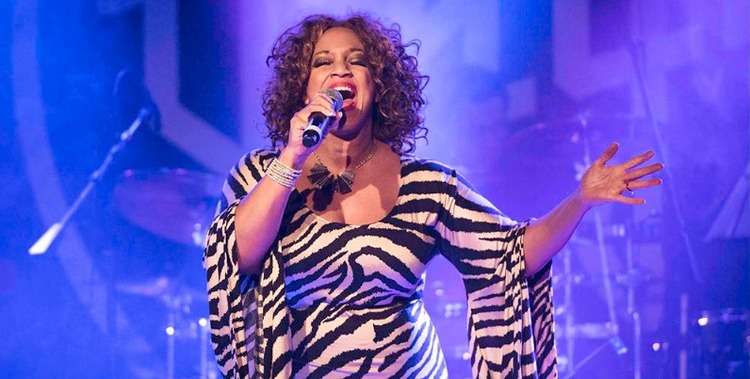 Vocalist Michelle Johnson has been dubbed “Las Vegas’ First Lady of Jazz;” however, she is equally at home in all musical genres. She will present her one-woman “SPOTLIGHT: My Journey from Backstage to Centerstage” at Myron’s Cabaret Jazz at The Smith Center on Friday, March 2 at 8 p.m. Tickets start at $22.

It’s that time of year for NASCAR racing at the Las Vegas Motor Speedway (LVMS), March 2-4, but this year there will be a second race weekend in September.

To start off the three days of racing Friday-Sunday, will be the popular NASCAR Hauler Parade with a police escort on Thursday, March 1 from 6-7 p.m. traveling from South Point down the Strip to Sahara, then going to I-15 and out to the raceway via the freeway.

The first tripleheader of the year race weekend will begin on March 2 with the Stratosphere Qualifying and Stratosphere 200 NASCAR Camping World Truck Series, followed on Saturday by the Boyd Gaming 300 NASCAR Xinfity Series, and capped off on Sunday with the Pennzoil 400 Monster Energy NASCAR Cup Series presented by Jiffy Lube.

Three-time NHRA Top Fuel World Champion Antron Brown will serve as the celebrity pace car driver for Sunday’s big race. Brown will pace the field for the 267-lap race, which is scheduled for 12:30 p.m. Pacific Time and will be televised live on FOX. In addition, two-time NHRA Funny Car World Champion Matt Hagan and five-time Top Fuel event winner Leah Pritchett will be part of the race-day festivities at 1.5-mile speedway. 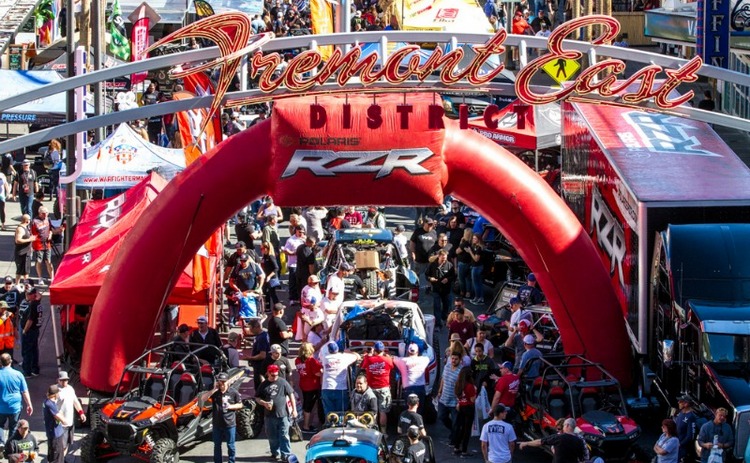 The Mint 400 will return to Las Vegas March 7-11. While the race is out in the desert with start and finish line in Primm, Nev., fans can enjoy the display of off-road vehicles, parts and accessories downtown on Fremont Street on Thursday and Friday, March 8 and 9. 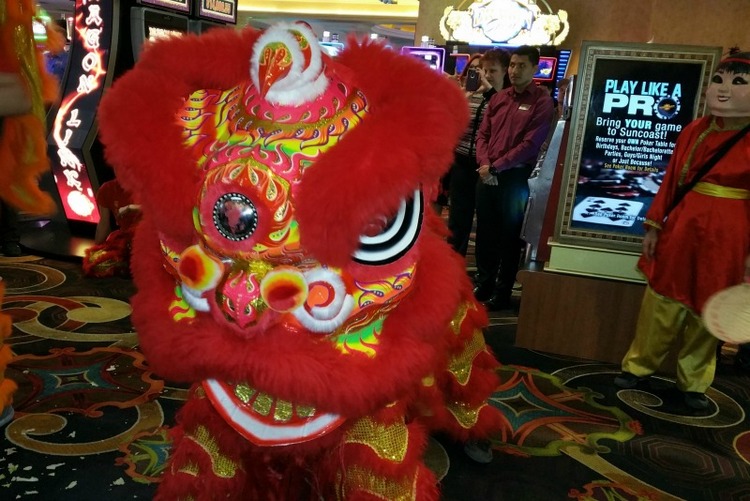 The newest dining experience at Suncoast – Peng Zu – opened in December and officially celebrated its grand opening with a celebratory Lion Dance and restaurant blessing last week. The restaurant located along the casino’s wall of restaurants evokes a casual noodle shop atmosphere and has a bright and cheerful design. Truly eye-catching are the 50 authentic, screen-printed parasols from China suspended overhead as a ceiling feature. The restaurant’s back wall features a wall-to-wall custom art installation designed with imagery and symbolism representing joy, longevity and good fortune. 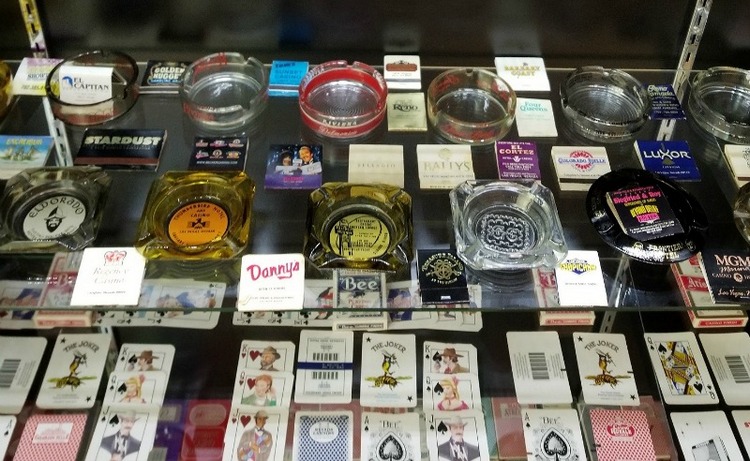 Last week, the Museum of Gaming History (MoGH) exhibit debuted in the main entry hallway at the Nevada State Museum in the Springs Preserve. The exhibit is comprised of three large sized display cases filled with Nevada casino ashtrays, matchbooks and playing cards.

The exhibit will run through September 2018 and may be extended. A second exhibit phase is already planned showcasing items from the five casinos featured in the 1960 “Oceans 11” movie: Flamingo, Riviera, Sahara, Desert Inn and Sands.

Mini-museums are now also located at the El Cortez, Plaza, Neon Museum and Mob Museum. MoGH will participate in the Nevada Museum Showcase on March 21, which brings together 20 different museums from across the state.