Pointer Sisters to appear at the Edgewater 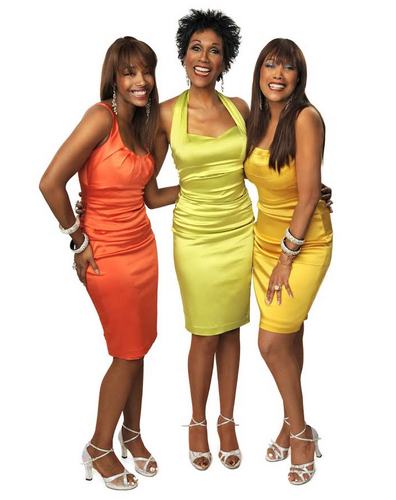 The Pointer Sisters will headline the E Center at the Edgewater on Saturday, Jan. 7 at 8 p.m. Today, the group includes original member Ruth Pointer, her daughter Issa and granddaughter Sadako. They perform the music of The Pointer Sisters all over the world. Tickets range from $35 to $65.

The four original members of the American R&B singing group were June, Anita, Ruth and Bonnie Pointer. The ladies are the daughters of Reverend Elton Pointer and they began their formal vocal training in their father’s church in West Oakland, Calif. The ladies went on to achieve worldwide fame and secure a place in pop music history.

Their first performance was at the Troubadour in Los Angeles, and their debut album was in 1973, with the single “Yes We Can, Can,” which reached No. 11 on Billboard magazine’s pop singles chart. Over four decades, the sisters’ repertoire included such diverse genres as pop, disco, jazz, electronic music, bebop, blues, soul, funk, dance, country, and rock. The group had 13 U.S. top 20 hits between 1973 and 1985, have won three Grammy Awards, and received a star on the Hollywood Walk of Fame in 1994. 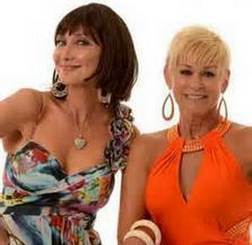 Singers Pam Tillis and Lorrie Morgan are currently traveling across North America on their Grits and Glamour Tour and will visit the Avi Grand Ballroom on Saturday, Jan. 7 at 8 p.m. Veteran performers and recording artists, they grace the country format with style, flair, and undeniable talent that is captivating and timeless. Tickets are $30 to $50.

Combined in their nearly four-decade careers, they have recorded 28 top 10 hits, sold more than 18 million records sold, and had 12 number one songs. They have rocked arenas, helmed world-class symphonies, and toured most every continent. They have garnered Grammys, CMA Awards, movie credits, television appearances, and Broadway performances.

Tower of Power will bring rhythm to Harrah’s

American R&B-based horn section and band Tower of Power will bring their original kind of soul music to Harrah’s Fiesta Showroom on Friday, Jan. 20 at 8 p.m. Tickets are  $45.

For close to 50 years, Tower of Power has been touring the world. The group’s sound can be hard to categorize, but the band’s leader and founding member, Emilio Castillo, has labeled it “Urban Soul Music.” Tower’s rhythm section lays down a groove like no other band. The way they approach everything, from writing and arranging to mixing and performing, is totally their own. Combine all of that with an outstanding lead vocalist and you have a truly dynamic group of musicians.

Riverside Resort keys in on Headliners

Don’s Celebrity Theatre at the Riverside Resort has a variety of headliner acts lined up for January including The Kingston Trio, The Righteous Brothers, and Doug Kershaw.

The Righteous Brothers, featuring Bill Medley and Bucky Heard, will appear Wednesday-Sunday, Jan. 18-22 at 7 p.m. The Rock and Roll Hall of Fame duo, which was Medley and Bobby Hatfield before his passing, topped the charts in four decades.  Now Medley joins forces with one of the most versatile vocalists in America, Bucky Heard, bringing the Righteous Brothers back to the stage with such hits as “You’ve Lost That Lovin’ Feelin’,” “Unchained Melody,” and Medley’s Grammy-winning “Dirty Dancing” theme “The Time of My Life.” Tickets are $35.

The “Ragin’ Cajun” Doug Kershaw will bring his fiddle to the Riverside Wednesday-Sunday, Jan. 25-29 at 7 p.m.  Since his early days on a Louisiana bayou, Kershaw has been a phenomenal fiddle player. and by many he’s considered the king of this instrument.

He plays so incredibly fast that clouds of rosin soar from his horse hair bow, giving the impression that it is smoking. He can wear out two or three bows per song – playing, dancing and singing simultaneously. Kershaw has mastered more than 20 instruments.