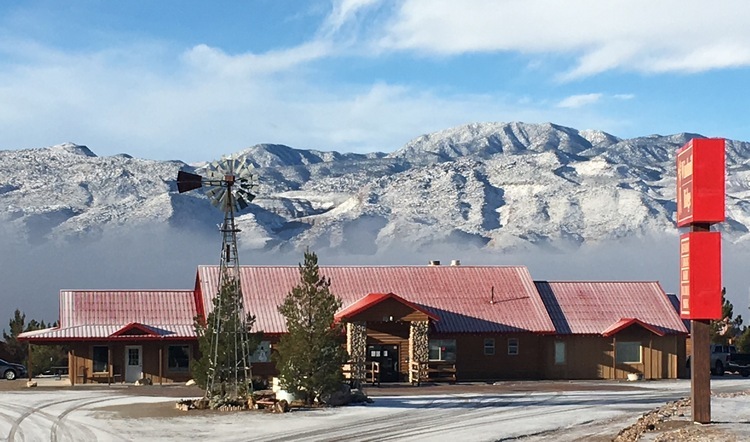 Lincoln County’s only restaurant of fine dining is the Windmill Ridge in Alamo.  Located along U.S. 93 about one-and-a-half miles north of town, the restaurant and it’s nearby companion, Cowboy’s Dream Bed and Breakfast, are owned by the corporation of the late Charles and Phyllis Frias of Las Vegas.

So when you are touring around rural southeastern Nevada, make plans to stop by. You’ll find it refreshingly enjoyable.

Windmill Ridge started out as a local restaurant owned and operated by two local women, Kim Turley and Chris Higbee. They first opened a small restaurant in downtown Alamo in 2003 in a small building that had once been a toy store, with another business in the other half on the downstairs floor and one or two small business ventures on the second floor. 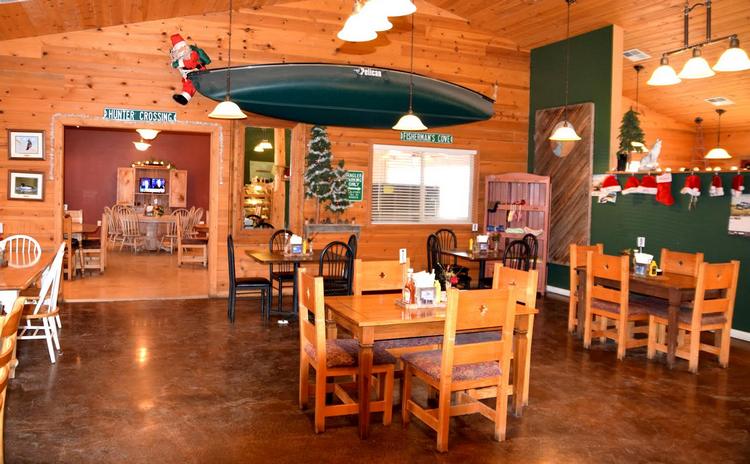 Kim and Chris set out to make it a fine dining experience even in a little rural town like Alamo. And so they did. After about three years, the women decided they wanted to expand, and expand in a big way. In 2006, after getting the funding to purchase 10 acres, they hired a builder, Brimont Construction of Overton, Nevada, using 16 x 24 foot pre-cut log cabin kits from Middleton Timber Company in Cedar City, Utah. The restaurant would also have 15 surrounding motel cabins on the  ridge north of town; hence the name “Windmill Ridge.”

There is a real windmill on the property in the parking lot. Really pumps, too, albeit water recycled from a tank.

The unique part about the cabins is that each one is different, displaying an individual theme such as School House, Just-Hitched, Doll House, Barnyard, Hunting Lodge, the Dugout, etc. The Just-Hitched cabin is a bit more expensive, but it has a Jacuzzi bathtub.

Kim and Chris took classes from a master chef at a 5-star restaurant in Las Vegas to learn how to make the local dining experience even more pleasurable, but not too expensive for locals to afford, too. 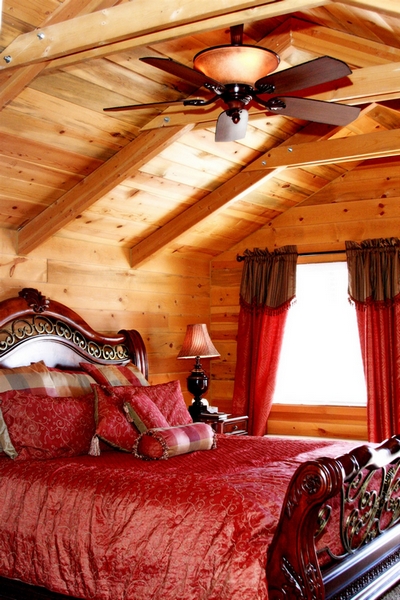 In 2010, Kim and Chris sold the restaurant to Las Vegas businesswoman Phyllis Frias, who was building a large bed and breakfast lodging, Cowboys Dream, just a hoot and holler south on Highway 93.  She was intending to buy the restaurant, but Kim said they were looking to sell, and in conversations “one thing led to another.” Frias added another room on the south end of the restaurant and put in an additional 10 cabins, for a total of 25.

Current managers Esther and Robert Renturia, describe the restaurant and cabins as being in “a quiet peaceful location.” Twelve of the cabins are pet-friendly.

Mrs. Renturia said, if approved by the Frias front office, the southernmost room in the restaurant will later be themed “Panther Den” for the Pahranagat Valley High School team and decorated with pictures and memorabilia from the school and their athletic prowess.

Windmill Ridge is open 7 a.m. to 7 p.m. Sunday through Thursday, and 7 a. m. to 8 p.m. Friday and Saturday. However, at times when business might be real slow the restaurant might close earlier than listed.

Renturia says, “If travelers arrive after registration hours for the cabins, a phone number is available to call security to get them checked in.” Phone: 775.725.3686 or visit the Windmill Ridge website.

The homemade meatloaf at Windmill Ridge is a featured dish on the menu, along with their  chipotle pork ribs. The bakery, which was initially a very popular feature at Windmill, is being reestablished and is now  “making everything from scratch.”