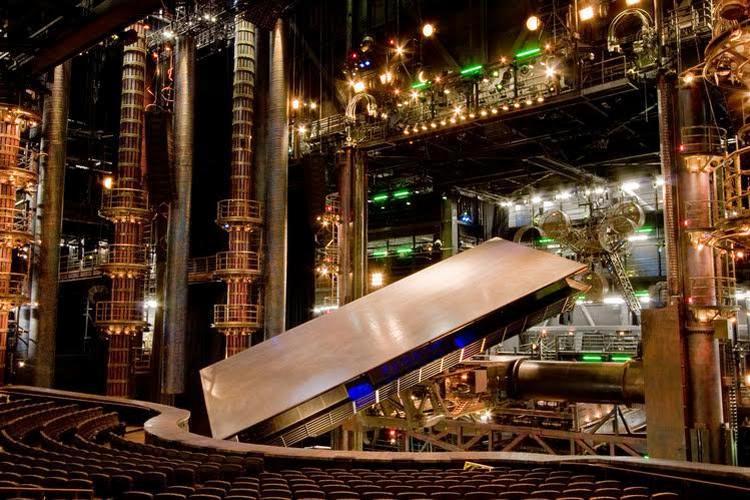 Since the weather outside in January could still be a little frightful in Las Vegas, it is time to stay indoors and find something different to occupy your time. KA Theatre at MGM Grand allows you to take a free insider tour of their $165 million production facility every Tuesday at 11 a.m. and 11:30 a.m. These open house tours last from 20 to 30 minutes each, and guests of all ages are welcome. You will receive an incredible amount of technological information regarding the production, along with a rare appreciation of the backstage antics in producing KA. There are seven moving backstages, along with 5,000+ speakers surrounding the audience. There is a tremendous amount of artists, technicians, musicians, and more than 10,000 costume pieces for each 90-minute show. This is truly a unique way to learn about the Cirque du Soleil shows and see the elaborate coordination the personnel go through for each and every show. 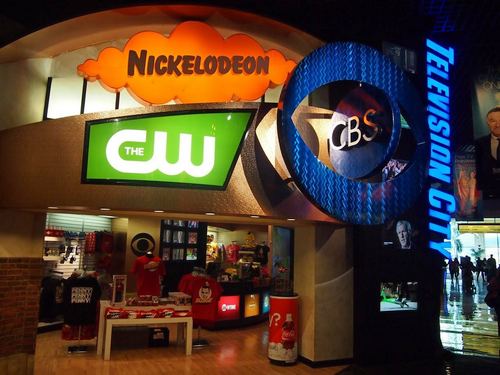 Why not give your opinion on the latest CBS TV shows that are about to be introduced by CBS Television? At the CBS Television City Research Center in the MGM Grand in the Studio Walk you can sign up for a 1 hour time period between 10 a.m. and 8:30 p.m. each day. Then, arrive 10 minutes before your viewing time to screen shows that are upcoming or could already be in production. There are 4 studios and you are given a device to register your opinions. It should last an hour which includes the viewing and survey opinions on the device. Children over the age of 10 are allowed if accompanied by an adult. And, if you are really lucky they might give you coupons for hot dogs, drinks, a souvenir, or even cash for your opinions.

If you are looking for some luck in the upcoming Year of the Rooster, the Chinese New Year is January 28th. The Las Vegas Resorts will go out of their way to bring out everything Chinese to celebrate this event. You will see lion dances parading through some of the hotels. Beautiful floral displays and decorations with symbols of luck will abound at the Venetian, Bellagio, Wynn, and Encore Hotels. And, as you probably already know, a new Casino Resort, The Lucky Dragon, just opened last month on Sahara Avenue just west of Las Vegas Blvd. (down the street where SLS is located).

Las Vegas has some of the best Chinese restaurants in the country. At the reasonable level for meals is Ping Pang Pong at the Gold Coast on Flamingo, directly across from both the Rio and the Palms Hotels. Lunch featuring dim sum is served between 10 a.m. and 3 p.m. with dinner between 5 p.m. and 3 a.m. Attire is extremely casual.

Another outstanding restaurant to fulfill your Asian cravings is Noodles at Bellagio. They have traditional noodle dishes from China, Vietnam, Thailand, Japan, and other areas served between 11 a.m. and 2 a.m. each day. Their dim sum is available Friday through Sunday between 11 a.m. and 3 p.m. Attire is casual.

Fish & Chips are synonymous to England (Diamond Jack loves visiting England) and that bit of England is now here at Gordon Ramsay Fish & Chips in the LINQ Promenade on the Strip. The award-winning celebrity chef prepares the authentic dish with hand-cut, sustainable true Alaskan Cod filets. The fish is served with chips that are slightly salted or seasoned with truffle and parmesan. Gordon Ramsay Fish & Chips opens daily at 11 a.m.

Speaking of cod, The Vegas Viking Lodge of the Sons of Norway is hosting a Lutefisk dinner at 3 p.m. and 6 p.m. at the Boulder City Elks Lodge.  Lutefisk is codfish soaked in lye and then drained and dried. It has a reputation all its own and somehow millions of people love it. Other dinner items include roasted pork, boiled potatoes, peas and carrots, lefse (potato-based flatbread), Norwegian cookies, and Aquavit, the “water of life,” Tickets are $20 and $5 for children. Proceeds benefit the non-profit Sons of Norway Vegas Viking Lodge that promotes Norwegian heritage. 702-869-5775

Have you been thinking about getting married in 2017? Or maybe renewing your vows? Popular wedding dates that will bring the best luck include 1/7/17, 7/10/17 and 7/17/17 – seven being the luckiest number in Las Vegas. Couples walking down the aisle can get a head start on booking the perfect wedding destination at a variety of venues including a glass-enclosed cabin on the world’s tallest observation wheel with the best views of the city (LINQ), to the largest hotel chapel on the Strip (Caesars Palace), or to the romantic observation deck of the Eiffel Tower (Paris Las Vegas). Tie the knot in these over-the-top venues surrounded by family, friends and neon lights. It’s Vegas, baby! caesars.com/weddings/las-vegas.

By the way, my friend won two box seat tickets for the 2017 Super Bowl plus airfare, hotel accommodations and $1,000 for miscellaneous expenses. When he won them, his wedding date had not been finalized. Now it turns out the only date available for the church wedding is Super Bowl Sunday … so he can’t go. If you’re interested and want to go instead of him, it’s at First Baptist Church at 5 p.m. She is a fairly nice looking girl about 5’5”, clean, cute, and her name is Kelly. She’ll be the one in the white dress. 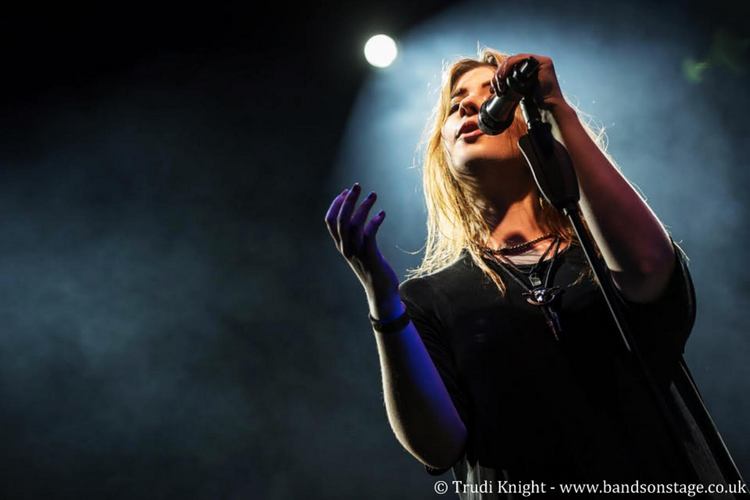 London-based singer Ilona will make it a mini-British invasion when she visits Freedom Beat at the Downtown Grand for four nights, Jan. 5-8. Her visit will set an emphatic tone for 2017 as she prepares to embark on a worldwide tour.

Since beginning her musical career only a few years ago, Ilona has already achieved an amount of success winning awards, jamming with Ed Sheeran, and owning airwaves of radio stations in Great Britain and abroad. Along with her own headlining, ILONA has supported artists as diverse as Passenger, Adam Ant, Paul Rodgers, Willy Mason and Daniel Bedingfield. 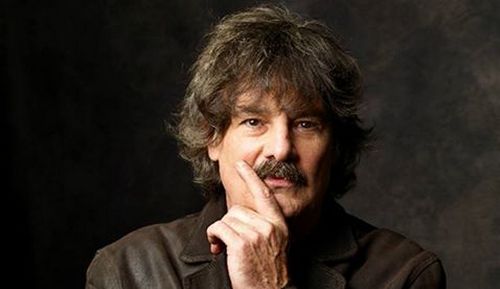 Musician and songwriter Burton Cummings, who began his career in the 1960s as lead singer of Canadian rock band The Guess Who, will return to The Orleans Showroom on Jan. 11-12 at 9 p.m. each night to perform his hits. Tickets start at $39.95.

The group produced hits “These Eyes,” “American Woman,” “Hang On To Your Life” and many more.

The band became the first Canadian group to reach No. 1 on the United States Hot 100 charts.

As a solo artist in 1976, Cummings earned a Gold record for his debut single, “Stand Tall.” More hits followed, including “I’m Scared,” “My Own Way to Rock” and “Timeless Love.” Cummings continued his career by starring in several top-rated television specials, going on tour as a member of Ringo Starr’s All-Starr Band and releasing his first live solo album, “Massey Hall,” in 2012.

In January, the Downtown Las Vegas Events Center (DLVEC) will host a new dance music series, “Zoology” by Collective Zoo. The event will kick off Jan. 6 with performances by Billy Kenny, Bixel Boys and Justin Jay, and continue Jan. 20 with Shiba San and Will Clarke. Tickets are $20 general admission and a drink-and-dance package deal is $50.

B & B Ristorante at the Venetian to host Olive Oil Dinner 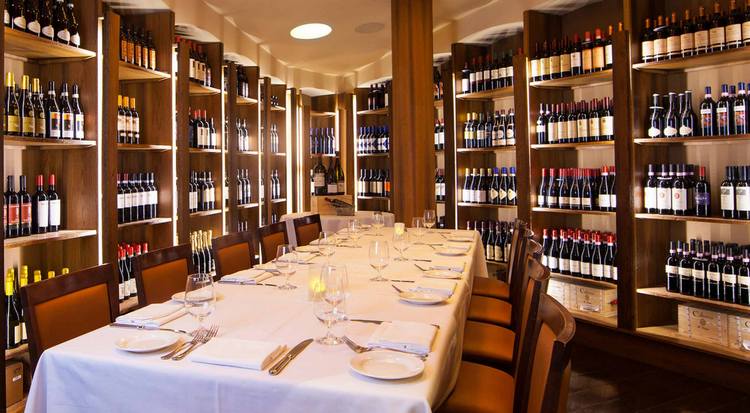 A first for Las Vegas, B&B Ristorante at The Venetian will host a six-course feast centered around the first pressing of extra virgin olive oil from the Medici-era villa, Tenuta di Capezzana (Italian for “estate of Capezzana”). The dinner on Wednesday, Jan. 25 at 7 p.m. will be taken on a tasting journey guided by Beatrice Contini-Bonacossi, whose family owns Capezzana, the 345-acre farm that has produced olive oil and wine since the time of Charlemagne (742 – 814). During the dinner, she will discuss the unique history of the estate, as well as the oil-making process. The dinner and wine pairings experience is $165.