“Come Fly with Me” is an old song by Frank Sinatra, and let’s make it the theme this year for World Migratory Bird Day, May 12-13. Okay, so it probably isn’t the official theme, but it sounds good anyway.

World Migratory Bird Day is a worldwide event, and it’s also being observed at the Pahranagat National Wildlife Refuge because the refuge is on the Pacific Flyway, where the number of migratory bird species that can be sighted at various times of year is over 260. The event, an official UN-supported event, is usually a two-day affair held on the second weekend of May. 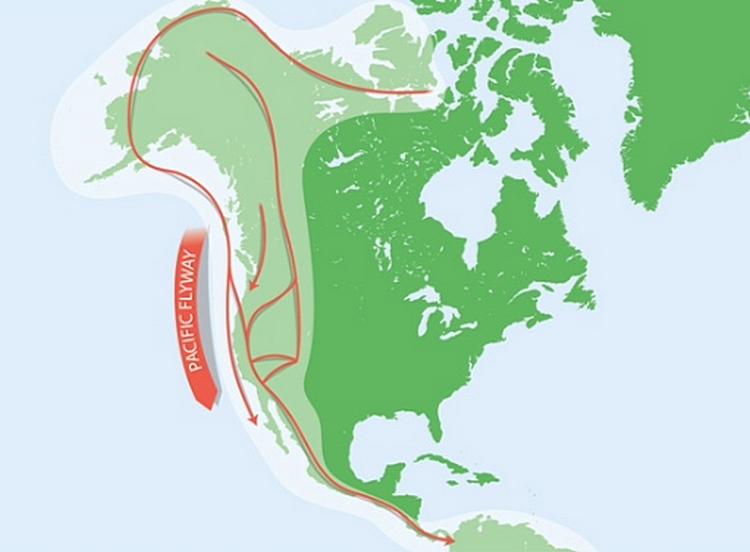 The day will take place at the refuge, as usual, although Visitors Services Coordinator Barbara Michel is not planning any special event. Nevertheless, all interested bird watchers are still invited to come to the refuge. Michel said, “Nearly one-quarter of all bird species in the entire U.S. have been sighted at Pahranagat Refuge, not just migratory birds. We see Blue Herons a lot,” she said, “and lots of ducks and geese too, of course. Eagles do migrate a little bit,” she added, “but they are usually here at the refuge around December.”

The point of World Migratory Bird Day is to highlight the need to protect migratory birds and their habitats. The United Nations is one of the many organizations that support this global awareness campaign. Thus, people around the world celebrate World Migratory Bird Day by organizing public events such as bird festivals, education programs and bird-watching excursions.

Originally organized in 2006, the first World Migratory Bird Day was launched on the weekend of April 8–9 that year. The event was created to help turn the world’s attention to the wonders of bird migration and the need for their conservation. Each year, the total number of registered World Migratory Bird Day events has steadily increased along with the number of countries in which these events occur.

There are many different migration patterns. The majority of birds migrate from northern breeding areas to southern wintering grounds. However, some birds breed in southern parts of Africa and migrate to northern wintering grounds, or along lines of latitude, to enjoy the milder coastal climates in winter. Other birds reside in lowlands during the winter months and move to higher altitudes for the summer.

Migration is a perilous journey and exposes the animals to a wide range of threats, often caused by human activities. As migratory birds depend on a range of sites throughout their journey along their flyway, the loss of wintering and stopover sites could have a dramatic impact on the animals’ chances of survival. Flying long distances involves crossing many borders between countries with differing environmental policies, legislation and conservation measures. International cooperation among governments is therefore essential.

The Audubon Society says hundreds of bird species use the Pacific Flyway, which actually stretches all the way down the Pacific Coast of South America. Many species don’t travel the entire flyway while migrating. Instead, most travel the leg of the journey that brings them into warmer temperatures that are closer to the equator.