The E Center at the Edgewater has a “fab” lineup in March with Kenny Loggins, Howie Mandel and Smokey Robinson.

Loggins recorded his early songwriting compositions with the Nitty Gritty Dirt Band in 1970, which led to seven albums, and performing as the group Loggins and Messina from 1972 to 1977. As a solo artist, Loggins experienced a string of  movie soundtrack successes, including an Academy award nomination for “Footloose” in 1984. He even released a children’s book “Footloose” last October, inspired by the Grammy Award-winning “Song of the Year.” Loggins early soundtrack contributions date back to the film “A Star Is Born” in 1976, and for much of the 1980s and 90s, he was known as “The Soundtrack King.” In 2013, “Finally Home” was released, and shortly after he formed the group Blue Sky Riders with Gary Burr and Georgia Middleman.

Mandel has done it all, including countless comedy specials on TV.  Right now, he’s best known as a judge on NBC’s “America’s Got Talent,” replacing David Hasselhoff in the fifth season of the reality talent contest, and also for his fear of germs and preferring “fist bumps” to handshakes. Fans also know him from hosting his own syndicated talk show, “The Howie Mandel Show” and hosting the NBC game show “Deal or No Deal.” In his earlier career, Mandel was well known for his role as rowdy ER intern Dr. Wayne Fiscus on the NBC medical drama “St. Elsewhere.” Another accomplishment is also as the creator and star of the children’s cartoon “Bobby’s World.”

Robinson is an American singer, songwriter, record producer, and former record executive as Motown’s vice president. He was the founder and front man of the Motown vocal group the Miracles, and he was also the group’s chief songwriter and producer. During his amazing 50-year career in music, the prolific songwriter has accumulated more than 4,000 songs to his credit and 37 Top 40 hits, including “Tears of a Clown,” “Tracks of My Tears” and “Love Machine.” He also wrote and produced hits for groups such as The Temptations (“My Girl”) and Mary Wells (“My Guy”). Robinson went solo in 1972, and in 1989 wrote his autobiography, “Smokey: Inside My Life,” which addressed his battle with cocaine. Robinson was a Kennedy Center Honoree in 2006

Don’s Celebrity Theatre at the Riverside Resort is focusing on country stars in March, with Terri Clark, Mickey Gilley and Suzy Bogguss headlining. Depending on the artists, tickets range from $30 to $38.

Terri Clark, who sings and plays guitar, hails from Medicine Hat, Alberta, Canada, will entertain March 3-5. Before signing with Mercury Records, she got her start playing for tips at the honky-tonk bar Tootsie’s Orchid Lounge, located across the alley from Nashville’s Ryman Auditorium. With her distinctive voice, Clark has garnered eight CCMA Entertainer of the Year awards and the CCMA Female Vocalist of the Year award five times. She has more than 20 singles, including six No. 1 hits in Canada and the United States,  such as “Better Things To Do,” “Poor Poor Pitiful Me,” “Girls Lie Too,” and “I Just Wanna Be Mad.”

Mickey Gilley, who will headline March 8-12, learned to play piano at an early age but did not achieve success like his cousin Jerry Lee Lewis until the mid-70s. In 1971, Gilley and a partner opened Gilley’s, known as the world’s largest honky-tonk. It was there Gilley started experiencing his first success, releasing “Room Full of Roses” and hitting the country charts with regularity in the ‘70s. The movie “Urban Cowboy” created a craze that put Gilley’s bar on the map and propelled Gilley’s career into high gear.

Motown Rockers Rare Earth Appear In Concert at the Avi 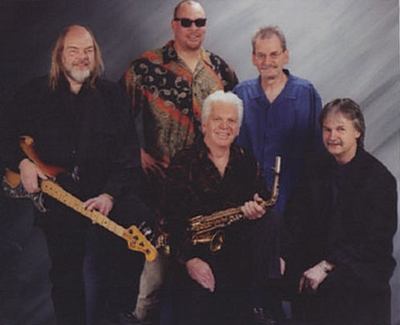 This group has an interesting history. A group of high school buddies formed the band in 1961 as The Sunliners. In the latter part of 1968, Motown Record Corporation, already a dynamo company geared for promoting and distributing in the black market, approached the group to sign a recording contract. They were reluctant until Motown decided to launch a new division to cater to white artists and the group’s name was changed to Rare Earth.

Motown wanted an album immediately. Rare Earth had been playing a lot of Motown songs in clubs. However, one of their tunes was “Get Ready,” which started out as a three-minute song. Eventually, one member did a solo until everyone wanted their own part, and the song became 21 minutes long and their closing signature song. Rare Earth wanted it to be their first recording and it took up one whole side of their first album, which was unheard of at the time. “Get Ready” first broke in Washington, D.C. in the black market, spread across the country and into the white market. It was a huge hit, selling millions of records and remaining on the charts for almost three years. Other Rare Earth hits from 1969 to 1974 include “Big Brother,” “Born to Wander,” “Tobacco Road,” “(I Know) I’m Losing You,” and “I Just Want To Celebrate.”