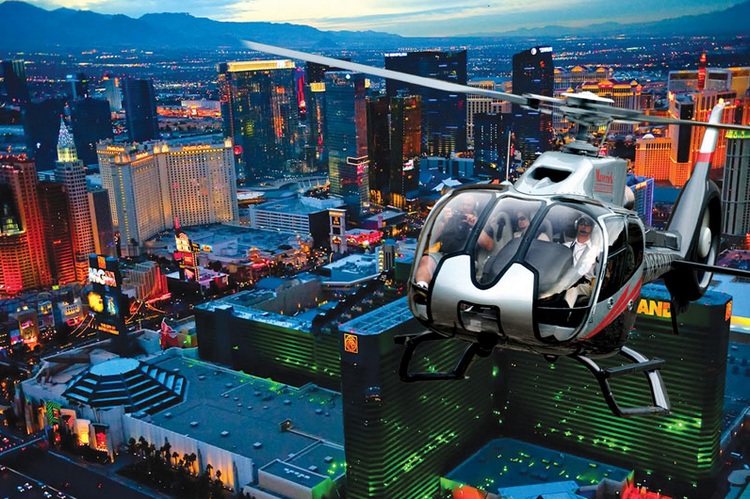 If you come up with an idea in Las Vegas and it’s an idea that will make you and others money, it becomes reality. Maverick Helicopters has partnered with Lip Smacking Foodie Tours to offer the ultimate dining and helicopter experience: “Savory Bites & Neon Lights” ($299 per person). It might be considered the ultimate date night as the five-hour experience begins at the Aria Resort with an exclusive tasting at five prominent Strip restaurants from such award-winning chefs as Michael Mina and Shawn McClain. The tasting includes a guided tour to each dining venue with reserved seating. After dinner, guests are transported to Maverick’s private Las Vegas terminal where passengers are greeted with a champagne toast before the renowned 15-minute Vegas Night Flight. Each ride offers panoramic views of the Strip with narration about the surrounding attractions. www.flymaverick.com or 702-405-4300. www.vegasfoodietour.com or 888-681-4388. 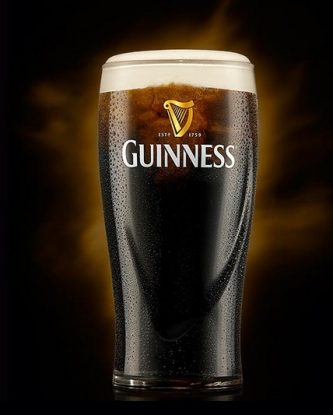 Manners are important to Diamond Jack, especially international manners. And one of those manners is properly pouring the perfect pint of Guinness, that fine Irish dry stout from Dublin. I first learned about this when visiting Ireland several years ago and now you can learn at The Guinness Store next to Rí Rá inside The Shoppes at Mandalay Bay. There are six essential steps involved in pouring the brew into a 20-ounce official Guinness glass. When completed (and after drinking the 20 ounces), you take home a personalized certificate to celebrate the perfect pour, along with a framed commemorative photograph and the glass. Outside of Dublin, this is the only “official” Guinness location where you can learn how to pour the perfect pint. $20 per person. This is craic – pure Irish-style fun. Call 702-632-7773.

Last week, I was introduced to an undertaker who told me that jut before his most recent funeral service he asked the elderly widow how old was her husband.

Drinking and Driving in Las Vegas

This is a no-no-no matter when you are in Las Vegas! We do want you to enjoy your time in here, but we would rather you leave the driving to others if you are drinking. That being said, there are many driving-related activities taking place in March.

The World of Outlaws Sprint Cars will be racing each night at 7 p.m. at the Las Vegas Motor Speedway on March 9th and 10th. General Admission is $39, with children aged 12 and under free. You can obtain reserved seats for each show ($40) or bundle them for both nights. The 2-day ticket is $80 and includes a free pit pass.

NASCAR weekend is March 10th through 12th. There is always a car hauler parade down the Strip to kick off the NASCAR festivities in town. It begins around 6 p.m. on Thursday at the Welcome to Las Vegas sign by Russell Road and goes to Sahara. This is really cool to see! 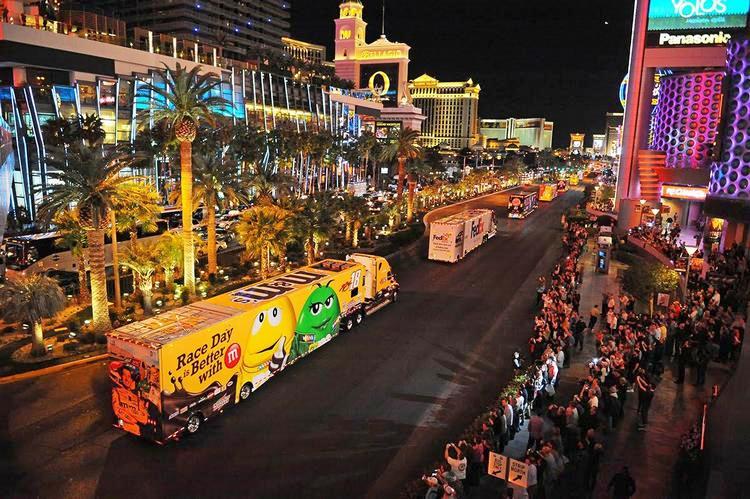 Various  NASCAR racing drivers will be set up at locations around town to meet, greet and sign autographs for the fans Thursday through Sunday. Check out ads for South Point, Monte Carlo, The D, and The Orleans for appearance days and times. Also, the Midway and Neon Garage at the Speedway always have several driver appearances.

Sam Boyd Stadium will host the Monster Jam World Finals XVII from March 23rd to March 25th at 7 p.m. each night. Single day tickets for Friday or Saturday begin at $61, and you can buy a 2-night package for Friday and Saturday starting at $97 per person. All 3 days will run $197 and up. 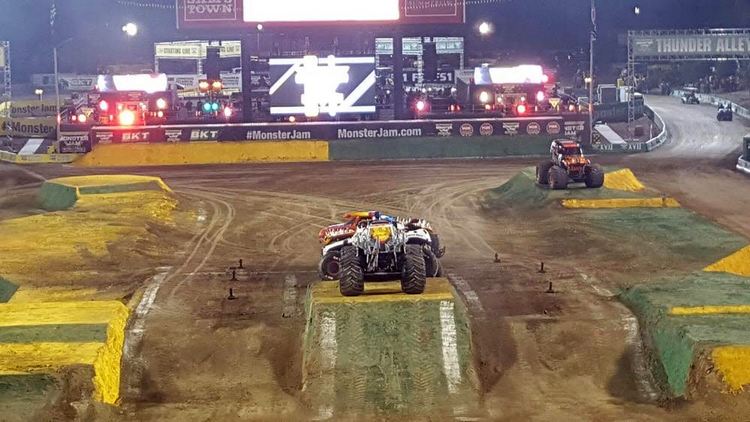 The 2-night tickets (called the double-down) offer additional savings, including entry to the pit parties both days, which run from 11:30 a.m. until 5 p.m. The pit party includes meet and greets with the drivers, interactive displays, main stage interviews, and contests. You will receive a t-shirt, cap, lanyard, and some of the better viewing seats. And that’s not all! You are also allowed entry into the Thursday pit party activities of a BBQ, track walk and competitions. Sounds like a deal! This package is only available on-line or by calling 866-388-3267.

March has always been a beer drinking time in Las Vegas, with March Madness for college basketball and St. Patrick’s Day thrown into the mix. You can go to any of the Strip or Downtown Hotels to celebrate the green and madness. However, it would be nice to try something different and do it for a good cause. 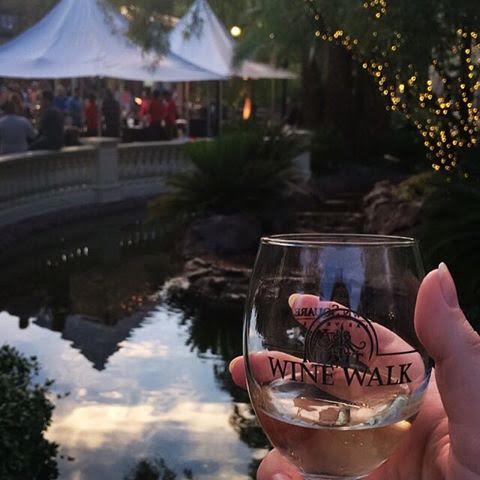 The New Vista Wine Walk, which supports and empowers the intellectually challenged, will be held on March 4th in the park at the center of Town Square on South Las Vegas Blvd. Tickets are $30 (includes fee) if purchased prior to March 3rd. After that date they are $35, with 100% of the proceeds going to benefit New Vista’s charity. This is a 21-plus age event, since they will have over 15 tasting stations of wine, craft beer, sake, and specialty cocktails presented from 7 to 10 p.m. They will also have food, entertainment and shopping.

Side notes for this event: They usually give you a 1 oz. serving of the wine at each of the stations. So, do not expect a half or full glass of wine at each station! This is a charity event. Remember to bring a designated driver. They will be patrols of the area watching out for you. Try not to get there too late or they could run out of some of the wine.

Another wine and beer tasting, Splendor in the Glass, will take place on March 11th at Red Rock Casino Resort from 4:00 until 8:00 p.m. at their Crimson nightclub. This 28th annual event supports Vegas PBS, with more than 40 wineries and breweries represented. Tickets are $90 if purchased prior to the event date or $100 at the door. You can also purchase limited reserved seating for $140. This is an indoor/outdoor venue next to their pool, so they also offer a cabana package for 10 people for $2,500. They will have a silent auction, entertainment and both hot and cold hors d’oeuvres.

This year, “Defending the Caveman” will celebrate as Las Vegas’ longest-running Broadway show having debuted in southern Nevada on June 1, 2007. On Friday, March 3, the telltale show about the sexes currently at the D

downtown starring Kevin Burke will host revered South African actor Tim Plewman at 6 p.m. for a special one-night-only performance of the one-man play. Plewman believes no matter what country you call home, the universal content of relationships transcends throughout. Tickets start at $29.95.

Plewman is a dancer, humorist, director, writer and producer. He adapted the script for Africa, where he performed Caveman for nearly 10 years and 1,544 performances. For the play, the longest-running and most successful solo comedy in South African theatre history, Plewman won the prestigious South African Vita Award for Best Actor in a comedy.

“Defending the Caveman” with its worldwide reach will continue the celebration throughout 2017 by hosting international performances of the show including the Mexican, German and Cuban versions. This Broadway hit has toured the United States and more than 40 countries with productions in nearly 30 languages.

The play originally opened in San Francisco in 1991, moved to Broadway in 1995, and played 702 performances at the Helen Hayes Theater over two-and-a half-years when it became the longest-running solo play in Broadway history.

The fourth annual “American Craft Whiskey Revival” will take place at the Golden Nugget in The Grand Event Center with the Whiskey Revival Grand Tasting event on Saturday, March 11 from 7 to 10 p.m. The Grand Tasting will feature more than 30 participating distilleries. Advance tickets are $45 and at the door $49.

The Whiskey Revival is an opportunity for guests to sample fine artisan whiskies, American craft spirits, and moonshines from a variety of America’s great distilleries. The event includes live entertainment and Southern cuisine, plus educational classes led by distillery owners and brand ambassadors. 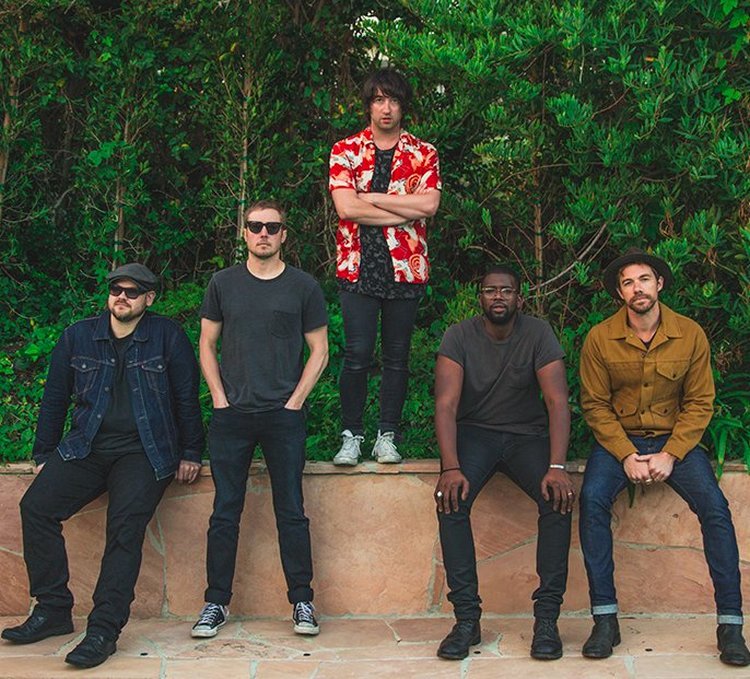 Rock ‘n’ roll band Plain White T’s will perform a two-night engagement at the intimate 180-seat Cleopatra’s Barge inside Caesars Palace with an acoustic show March 30 and 31 at 9:30 p.m. The unplugged performances will include a variety of the band’s notable hits, including Grammy-nominated “Hey There Delilah,” “Rhythm of Love” and “1, 2, 3, 4.” General tickets start at $69.

Plain White T’s kicked off their career in the Chicago suburbs, playing a mix of pop, punk, and melody-driven rock ‘n’ roll in basements and metro-area clubs. Now around 15 years later, the guys have done thousands of shows and have a string of multi-platinum hit singles.