Continuing on at Edgewater and Colorado Belle … Decisions, Decisions 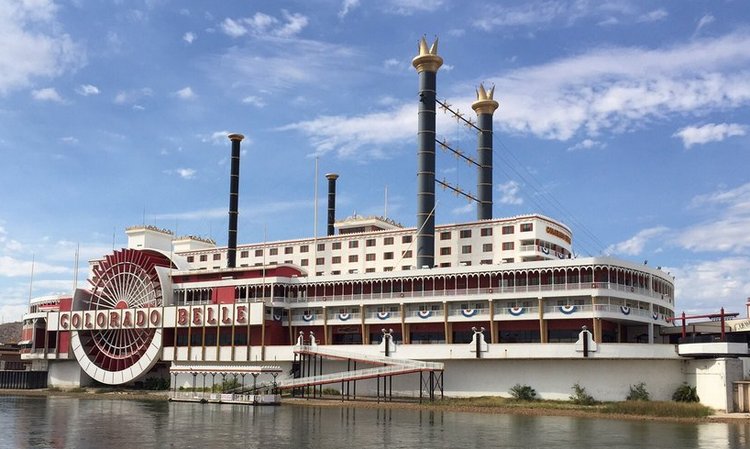 If you are leaving The Regency Casino or The Aquarius your next stop south on The Strip is Edgewater Hotel & Casino.  The Colorado Belle Hotel & Casino is right next to it to the south.  And you can’t miss the Colorado Belle!  It’s the only one on the strip that looks like the riverboats with paddlewheels that ply the Mississippi River.

You can enter the Edgewater and Colorado Belle from the riverwalk or The Strip.  The Edgewater is owned in conjunction with the Colorado Belle and they are different as night and day.  They both use the same players card so be sure to obtain it since it is free. 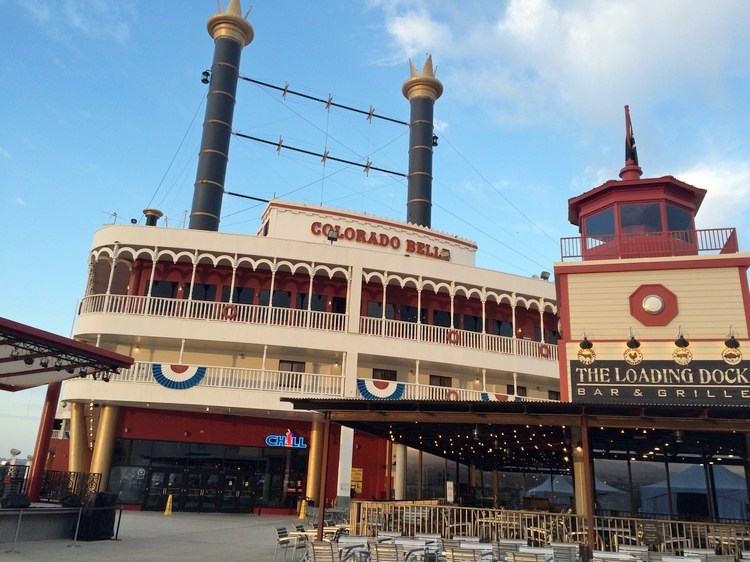 The Colorado Belle has rooms on the “boat,” aptly called boat rooms, and has two 6-story towers — the New Orleans, where the rooms are a little larger, and the Bourbon.  The New Orleans tower is just north of the boat connected by their enclosed breezeway.  The Bourbon tower is on the other side of the New Orleans tower and closer to Edgewater.  I am including a layout map of the Colorado Belle since so many people have problems getting to their rooms in the towers.  You might need this if you decide to stay there in the future.

Both Edgewater and Colorado Belle are renovating their rooms and have recently added Keurig coffee makers to all of them.  They give you a couple of bottles of water and Keurig K-cups to enjoy!  This is just amazing to me since both of the hotels have been saying for years they do not provide coffee makers and refrigerators, for safety reasons.  Which never made sense, since they have hair dryers in all the rooms!  So consumer requests have won this round!  Previously, Edgewater gave you coupons for the Dunkin Donuts coffee shop downstairs.  And the line for coffee in the a.m. was super long!

Now, about those refrigerators, they are not included in the rooms (yet!) and have to be reserved in advance and will cost an extra $10 a day.  Also, both hotels now charge a service fee, aka resort fee. The Edgewater was charging $5.00 per night and Colorado Belle $10.00 per night.  And they charge for early check-in, but if you ask really, really nicely they might waive the fee.

Edgewater and Colorado Belle do not allow any pets; so you would have to board your pet during your stay.  There are only a few hotels that allow pets in town.

A couple of little tidbits about the hotels.  80% of the rooms at Edgewater and 74% of Colorado Belle’s are now non-smoking.  (I wonder if they will extend the non-smoking more into the casinos since it seems like more people want non-smoking.  More consumer requests please!)  Also, each of the hotels have added a couple of electric vehicle charging stations by their hotel entrances.

You can use the pools at both the Edgewater and Colorado Belle when staying at either hotel.  The Colorado Belle has 2 pools, one of which has a small waterfall, and they are bpth heated year round.

The Edgewater does not have their parking garage directly connected to the hotel.  And the Colorado Belle does not even have a parking garage; however, they have boatloads (get it?) of parking in their lot from the hotel extending to The Strip.  You wouldn’t think this parking lot could ever get full, but boy would you be wrong!  I sure was!

The Edgewater’s Coco’s Bakery Restaurant is decent for a meal, and their sandwich shop is not bad for a quick meal either.  They also have a Grand Buffet which is mostly a “miss.”  Capriotti’s sandwich shop’s “Bobbie” is always a favorite, and Wild Style Burger & Pizza is good for a late night fix. 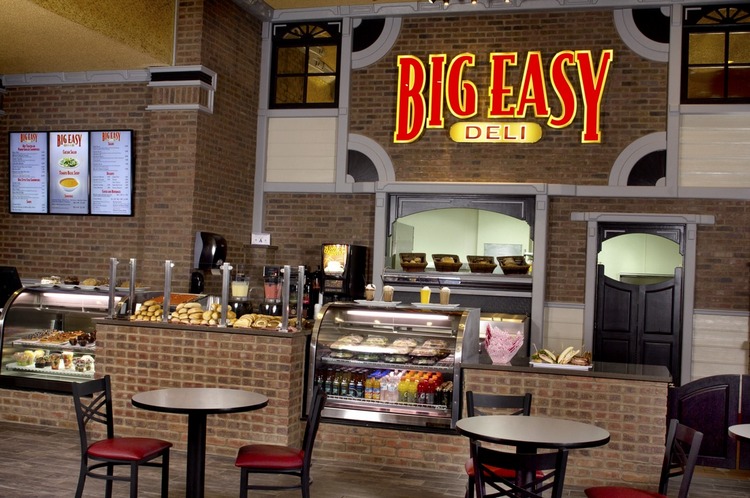 The Colorado Belle has a pricey breakfast buffet at their indoor/outdoor Loading Dock Bar & Grille for $11.00.  The buffet has limited selections from 7 a.m. until 11 a.m. Monday through Thursday.  They also have a brunch buffet for $15 Friday through Sunday from 7 a.m. until 2 p.m., adding champagne on Sunday for a price of $20.  The Loading Dock Bar & Grille also has a regular menu for breakfast and dinner items and a happy hour from 4 p.m. until 6 p.m. Sunday through Thursday, including $2.50 draft beers and specially priced appetizers.  This is a large location, and if there is entertainment on the dock you might try sitting in the outdoor area.

The Colorado Belle also has Pints Microbrewery & Sports Bar which has good craft beers and food including pizzas.  They are open with a limited menu for breakfast on Saturday and Sunday between 3 a.m. and 11 a.m.  The service can be hit or miss at this restaurant.  If you go to Pints expect to be there a long time.  This way if the service is good and fast you will appreciate it more!

A couple of other eating establishments at the Colorado Belle are the Big Easy Deli which opens at 10 a.m. each day and is open at least 12 hours Friday through Sunday.  For breakfast, the Pastry Port in the New Orleans Tower across from the Dockside Market is open for 5 hours each day from 6 a.m. until 11 a.m. providing donuts, cinnamon rolls, danishes, coffee, juices, etc.  It’s a nice stop if you just want something quick in the a.m.

Coming in August: The Golden Nugget

George Thorogood & The Destroyers will Rock the Edgewater 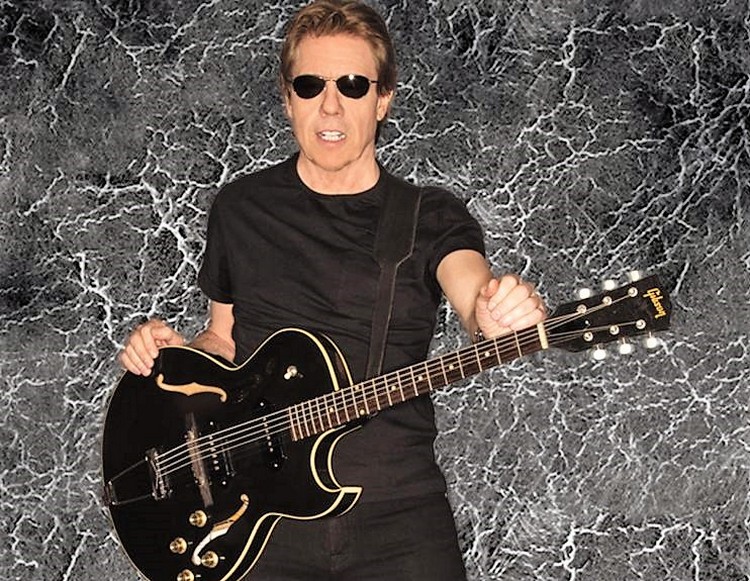 George Thorogood & The Destroyers will throw a Rock Party at the Edgewater’s E Center on Saturday, July 21 at 8 p.m. Tickets start at $25.

Thorogood was hooked to rock ‘n roll early in his life. His first show was as a singer fronting a group for a birthday party for his twin sisters when he was 15 years old and got paid $20. By his early 20s, he was a solo acoustic player and an opening act. He was being advised to put a band together. He called high school friend and drummer Jeff Simon and added a second guitar player. A record deal followed with Rounder Records and the debut self-titled album. With 16 studio albums including six Gold and two Platinum discs on Roudner, EMI and Capitol, the band amassed a catalog of hits and the ultimate badass anthem, “Bad To The Bone.” However, it was the group’s live performances which made them legendary from appearances on SNL and Live Aid, to the opening slot on the Rolling Stones’ historic ’81 tour, and their own record-breaking 50/50 tour. 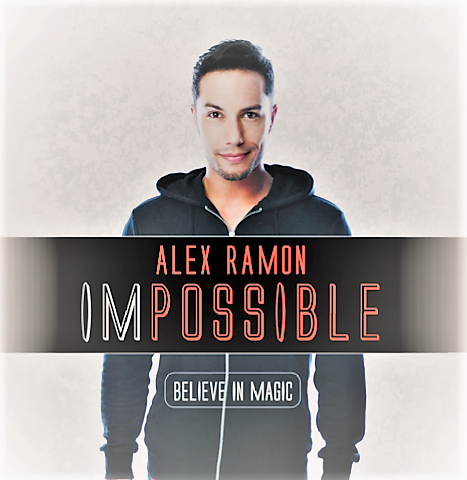 Master magician Alex Ramon will appear in the Fiesta Showroom at 8 p.m. from July 21 to Aug. 8. Ramon has been mesmerizing audiences with his show “IMpossible.”

Ramon, who was raised in Richmond, Calif., developed his connection with magic when he was 13 years old. After performing for family and friends, he entered his first competition at age 16. While he was one of the youngest competitors, he won second place. He became the spokesperson for a statewide library showcase and traveled across California performing more than 250 shows a year.

While still in his teens, Ramon earned many top awards and honors including San Francisco Bay Area’s Best Stage Magician, the coveted Lance Burton Award, and was named National Stage Magic Champion by the World Magic Seminar in Las Vegas.

Ramon traveled the globe performing as a professional illusionist in Disney LIVE!® presents “Mickey’s Magic Show.” At age 23, he became the first magician and the second youngest ringmaster in the 139-year history of The Greatest Show on Earth®. Starring as the magical “Zingmaster” in Ringling Bros. and Barnum & Bailey® presents “Zing Zang Zoom,” Ramon made an elephant disappear, levitated audience members, and transformed a man into a tiger. His next move was his own magic and illusion show in Lake Tahoe, Nev.

Jason Love is booked with Sally Mullins July 6-8. Love is a comedian whose material is clean while offering wry and very often self-deprecating observations about himself and society. Accompanied by his guitar, he enjoys humor about his own shortcomings. He has appeared on HBO, Comedy Central, “America’s Got Talent” and more than 20 national broadcasts. Love was raised in Thousand Oaks, Calif., and in retrospect claims Newbury Park High School was his training ground with running commentary for the people sitting around him in class. Classmates laughed, and he got suspended.

Barry Neal will appear with Debra Praver July 13-15. Neal also known as “The Counselor of Love” talks about relationships, marriage and children. Neal is a member of the clean comedy division of Entertainment Max. He is equally comfortable entertaining for corporations, at military bases, and appearing as a guest performer on Comedy Central, NBC, and MTV. The veteran comedian has shared the stage with major stars including Jerry Seinfeld and Ellen DeGeneres. Neal has been featured on such networks as NBC, Fox, A&E, USA, and Comedy Central.

Trenton Davis is paired with Vince Royale July 20-22. Davis’ material is all about fatherhood, relationships, and light political humor. Davis was the San Francisco International Comedy Competition runner up for 2016, and, also a finalist in NBC’s “Standup for Diversity” program. He’s done standup for 11 years and performed with Tracy Morgan, Tommy Davidson and Bill Burr, among others. Davis began his comedy journey in Chicago, Ill., and, also lived in San Francisco. Now residing outside Los Angeles, his overall interesting experiences have shaped his views and created a new prominent comedic writer and performer.

John Hilder will share the stage with Jamario McClain. Hilder was born and raised Mormon in the Salt Lake City, Utah. As a youngster he kept annoying friends, family, and teachers with his endless attempts to make them laugh. In 2004, he moved to Las Vegas to pursue comedy. With his quirky personality and originality, Hilder has become a respected local comedian appearing at many of Las Vegas’ biggest casinos. He is a writer and featured member of the Las Vegas Laughs Street Team on the Fox television affiliate in Las Vegas. His debut comedy album “Johnsense,” is available on iTunes and Amazon.