On March 3 2020, with its stock at 57 cents and falling following the 5-1 reverse split on November 25 2019, CMI issued a press release emphasizing that after ten years of unprofitably extracting precious metals from Gold Canyon it is now seeking its fortune elsewhere. To its investors past and present who have put nearly a quarter-billion dollars into the hole in the ground called the Lucerne Pit, this might sound like coming a little late to the party. 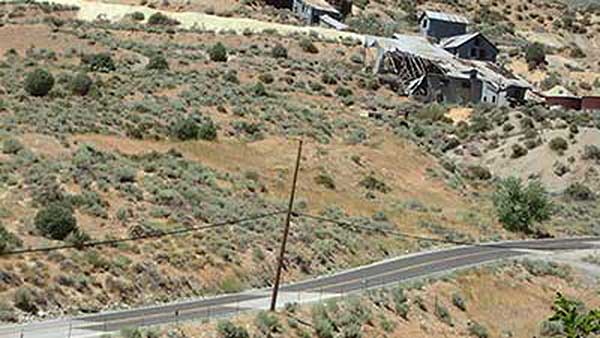 CMI’s wider horizons now include mercury remediation on old Comstock waste dumps and a joint venture to manufacture and deploy such remediation systems around the world. Like its previous efforts, these are very promising! And, the company has found eggs to count in its many times modified deal wherein Tonogold is buying Comstock Mining LLC, the company subsidiary that owns the Lucerne Pit, in installments. CMI anticipates a haul of $5.175 million by the end of June from the little company that appears to unsophisticated eyes to be a fiscal turnip.

Also, having failed to find a buyer for the non-mining real estate it accumulated when it was raking in investor money and the sky was the limit, CMI has created one. The Sierra Springs Opportunity Fund, funded by 14 extreme optimists, now seems poised to take most of CMI’s heretofore unsaleable real estate properties off its hands. Talk about Opportunity! 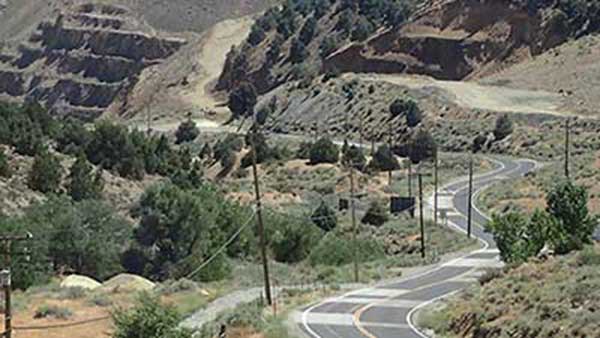 And in the Corporate Outlook section of the press release the glitter is nearly blinding. No wonder — the view is so glorious! Corrado De Gasperis enthused, “Our relationships with NDEP and our recognitions for environmental excellence are second to none.” True, he seems to have forgotten the $250,000 penalty NDEP imposed on the company for installing non-permitted equipment at its American Flat refinery — but you’ve got to like the way he keeps his sunny side up!

Elsewhere in the Corporate Outlook section, one small shadow of cloud: “Effective February 28, 2020, Mr. Juan Carlos Giron informed the Company that he was leaving to pursue other opportunities” after only six months on the job. Mr Giron had no mining experience, but none was required.

There is nothing in the update about mining in Gold Canyon, but pit mining in Silver City remains a part of the company’s plan; Silver City’s response has been two-pronged: lawsuits and poetry.

First, poetry
In Letter to America, Gary Short, an ex-Comstocker who now divides his time between Guatemala and Mississippi, has memorialized CMI’s impact on Gold Canyon

I thought it was a bed of wild poppies, but it was
A kaleidoscope of butterflies swarming a dead deer.

David Lee was the first poet laureate of the state of Utah. His 1999 collection “News From Down to the Café” was nominated for the Pulitzer Prize for Poetry and in 2001 he was a finalist for the position of United States Poet Laureate. He didn’t name Corrado or CMI, but in 2016 when he was in the Silver City Resident Artist Program he wrote this poem. It is in his book “Mine Tailings” (5 Sisters Press, 2019) and nicely displayed at the Silver City School House.

Ode to The Robber Barons

May you live
In greed and gluttony

May you die
alone and unmourned

May your memory
vanish from the earth

for want of an epitaph

to the good people all of Silver City, Nevada
– David Lee, November 2016

On the Yahoo [LODE] ‘Conversations’ page meanwhile, participants did not seem concerned with cadence, although on February 25 “Bill” posted “GASbAg is a Liar and a tHief” which may be ornamental enough to pass as poetry. 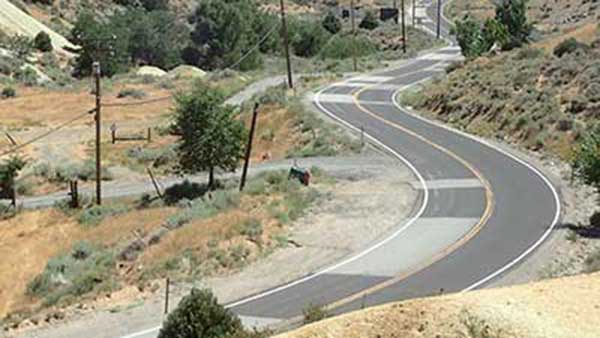 On to the Courts:
On January 2, 2014, the Lyon County Board of Commissioners approved CMI’s application to modify the county Master Plan and zoning to allow pit mining within the town of Silver City. Thus began a battle that still rages, with the Nevada Supreme Court deliberating the evidence of collusion revealed in the secret emails and telephone communications between Lyon County officials and CMI.

The decision may still be as much as a year away, given the Court’s already heavy schedule and the impact of Covid-19 on their schedule. If CRA/McCarthy prevail, The Supremes are expected to remand the issue back to Lyon County Commissioners for resolution. If the wait for the decision runs long, there may be a new, untainted Board of Commissioners in place. But even if the current Board is still sitting, they may well have decided already that putting a pit mine in a place where people live is a bad idea.

The bottom Line
On November 27 2019, CMI enacted the most recent of four reverse splits and sent its stock soaring from under a dime to 76 cents, which it achieved on February 5 2020. From there it began its signature swan dive toward 20 cents, and had made it as far as 40 cents by March 16. After two reverse splits and steady loss of value, a 2012 investment of $10,000 in CMI at $3 per share would today be worth $62 and change. Factor in a previous 5-1 split and the 200-1 reverse split when the was company was still called Goldspring and you’re picking through the pennies to find any value at all for earlier investors.

It’s way too early to measure, or even to guess at the impact of Covid-19 on CMI’s market cap, but during the first week of horrendous market losses, CMI’s stock lost value also.