Comstock Mining Inc stock took a jump! After falling to 13¢ as recently as January 24th, the share price burst up to 19¢ before resuming its decline; at launch time it was at 17¢. The current chart is here.

Since August 27 2018 CMI has been wearing the NYSE’s version of a Scarlet Letter (BC, which stands for Below Compliance) representing notice that if the LODE share price doesn’t rise above 20 cents by February 26th 2019, CMI will be delisted.

This end-of-January resurgence suggests an effort by CMI insiders to boost the price back up above 20¢. If it doesn’t stick, there will be another reverse split which will further dilute the value of non-insiders’ holdings. Previous reverse splits dating back to the Goldsprings days have reduced the value of early investors’ shares to 1/1000th of their original value.

It has been a while since the highway fell into the Lucerne Pit and opened access to a supposed hot spot of actual ore. Since then CMI failed at developing an underground mine and then announced a prospective alliance with another small out-at-the-elbows mining company called Tonogold. That relationship is now warming up.

First, CMI applied for a 10-year extension of its SUP, which was granted without disturbing questions by the eagerly subservient Storey County Commissioners. Then it announced that Tonogold had made a $1 million non-refundable payment toward the Lucerne deal and that it would transfer the ownership or control of the Lucerne properties and related permits, including the Storey County Special Use Permit when the deal is struck.

The announcement of the Tonogold partnership wasn’t enough to sustain the share price in the face of widespread skepticism, perhaps best expressed by a participant in the Yahoo Finance message board —

LODE fundamentals haven’t changed. Macroaxis still gives a Z score of minus 5 and rates the probability of bankruptcy at 91%….along with a hard sell recommendation. anyone who bets on corrado’s flowery press releases is ignoring his dismal history. very dangerous. the groundhog is more reliable. imo, all of these prognostications are happening now to boost PPS in advance of the imminent reverse split. 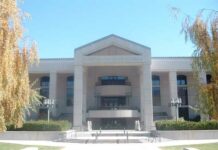