Winnemucca is a tranquil town on the Humboldt River, a trading post transformed by the railroad into a lively shipping center, a bumptious cow town and county seat. Its history resembles that of dozens of other Western railroad towns, except for one transcendent event.

On September 19 1900, the story goes, Butch Cassidy rode into Winnemucca and robbed the local bank. 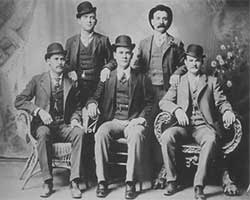 Butch and the boys got clean away, galloping out of town in the hail of bullets with $32,000 in gold. Later on, the story tells us, he added insult to injury by sending the bank a photograph of himself and the boys in fancy new suits, stiff collars and derby hats. With it was a mocking thank-you note expressing appreciation for the Winnemucca money they were using to pay for their fun.

It is a delicious story and has been told and retold countless times. I have told it myself, and it is such a wonderful story that the community for many years celebrated Butch Cassidy Days each September.

But unfortunately it is not a true story. In fact Butch Cassidy didn’t send that photo and the evidence is clear that he was never in Winnemucca in his life.

[Read More about Butch Cassidy and the Great Robbery]

Keep It In Mind: Despite its location at the intersection of three US Highways, Ely is the American city most isolated from other cities its size.

The People of Las Vegas

I have managed to step on my glasses and break them, as I do at least once a year, and have gone to the LensCrafters 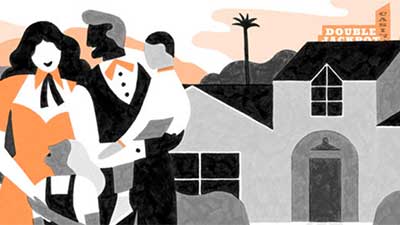 at the Boulevard Mall, a faux deco artifact of midcentury Vegas that, like so many malls in America, is a mere husk of its former self. In a faculty meeting a few days earlier, I’d watched as one of my colleagues bent and manipulated a paper clip, then used it to refasten the left bow of his glasses, creating a tiny antenna at his temple. That’s not a look I’m after, so I am here, obsessively trying on frame after frame, as the young Iranian man who is helping me on this quiet Monday afternoon patiently nods or shakes his head: yes, yes; no, no, no.

I order two pairs. LensCrafters, the movie theater chain of eyeglasses, is always offering deals: half off a second set of frames, a supersize popcorn for fifty cents more. While I wait, I walk around the mall, a 1.2-million-square-foot monstrosity built on seventy-five acres, with a 31,000-square-foot SeaQuest aquarium and a 28,000-square-foot Goodwill. 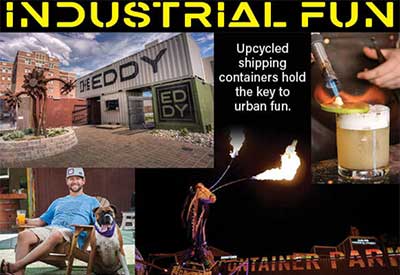 A bit of a bold statement was made by a “New York Times” architecture and design blogger when she stated “The shipping container could be the 21st century’s brick.” Bold perhaps, but not without merit. The containers are inexpensive, easy to transport and set up, sustainable, and watertight, to name just a few attributes.

Need further proof? Container parks dot the planet, and in the last decade or so, industrial structures inviting shopping, dining, recreation, and more have sprung up everywhere from California to Dubai. In Nevada, there are three alone, each with its own vibe and intention, but all distinctly engaging.

True West Magazine takes pride in showcasing western towns that show the frontier spirit in the 21st century, and Carson City made the list again this year.

The 1859 discovery of gold and silver in the Comstock Lode led to the founding of this state capital, named for frontiersman 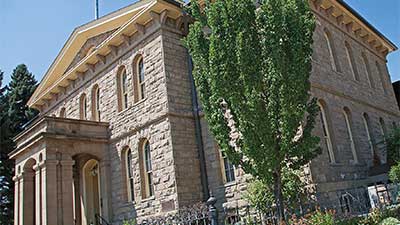 Kit Carson. The Nevada State Museum offers a mine tour that begins in its basement and takes visitors through tunnels and a replica mining camp. Push a button on a small stamp mill to see how ore was crushed.

The Nevada State Railroad Museum has an exhibit commemorating completion of transcontinental railroad. See the only railroad car still in existence that was at Promontory, Utah, that historic day in 1869. 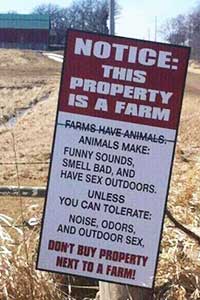 The last time I was an agri-tourist was 42 years ago, when I was led inside, outside, through and around a pig farm in Aarhus Denmark, but my memories of it are still vivid and enjoyable. So at this year’s Eagles & Ag event in the Carson Valley (our 2015 Event of the year, which you’ve already missed it unless you were there) Robin and I signed up for the ranch tours. 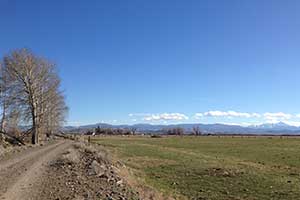 Overheard at the Owl Club in Eureka — “Here’s the deal, Freddy. People choose their beliefs according to their situation.”

I mentioned in an earlier NevadaGram (not getting the NevadaGram yet? Sign up here) that there will be an almost-impromptu birthday party for Edna Purviance in October at Winnemucca 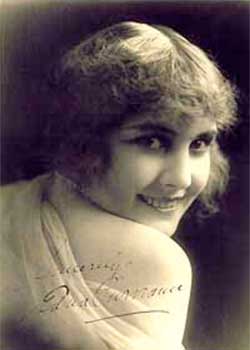 She was born in Paradise Valley north of Winnemucca and she maintained family connections there long after becoming Charlie Chaplin’s leading lady in the movies that made him a star. Here’s a richly detailed website devoted to our Edna. It turns out that despite her rapidly faded fame — she never made a talkie — there are enough Nevada Ednaphiles to throw a party in her honor at the Martin Hotel in Winnemucca next October. And in particular there are enough people coming from Reno that we’re considering doing it by train.

And so late on a February Friday afternoon a reconnaissance team consisting of Robin and me, plus Vicky from Carson City and Wendy from Dayton, arrived promptly at the Reno depot to catch the east-bound California Zephyr. This is our report:

Quick notes from beyond the mountains: Howard Hickson, the former Director of the Northeastern Nevada Museum in Elko has written a series of Howard Hickson’s Histories that express the character and history of the state. You’re bound to find at least one story that’s new to you in this enjoyable collection. . . .

Feeling ethnic? There’s a Greek Party at the convention center in Ely on March 26, a fund raiser for the Ely Renaissance Society‘s Greek mural project. Greek food, Greek music and Greek wannabees, along with some Greek descendants, some former Greeks, maybe even some actual Greeks . . . a few years ago Austin Justice of the Peace Jim Andersen wrote the classic “Lost in Austin” for Nevada Magazine. Now he’s written a sequel Called “Gold Venture Driving Excursion” describing a series of loop drives out of Austin into the Toiyabes and back again. You can get a copy by sending an e-mail request to the Austin Chamber of Commerce or pick one up along US 50. 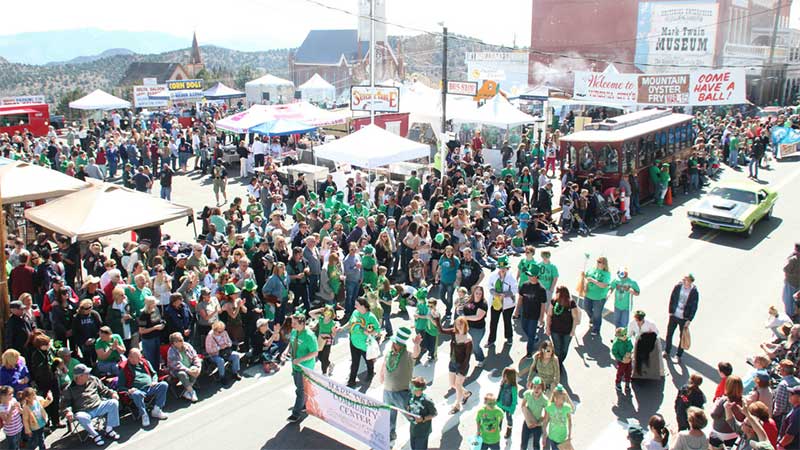 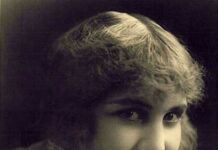 NevadaGram #227 – Nevada’s Forgotten Movie Star, Farewell for a While