Comstock Mining Update:
Storey County is an interesting specimen in the governmental petri dish we call Nevada. At its north end, the county is all aglow at the arrival of the Tesla electric battery megafactory, thanking its lucky stars, clicking its heels, rubbing its hands with glee and gazing rapturously into a gleaming, golden future. 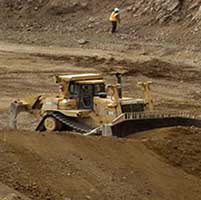 What a contrast with its inflamed south end, where an inept group of locally unpopular “miners” (dba Comstock Mining Inc.) is tearing up the landscape in a desperate and unprofitable attempt to relive the past. The company has been a constant source of disruption and irritation as it intrudes into the quiet communities of Gold Hill and Silver City, depressing real estate values and destroying the Virginia City National Historic Landmark, which it is digging up and hauling away to the leach pads, truckload by truckload, day in, day out. 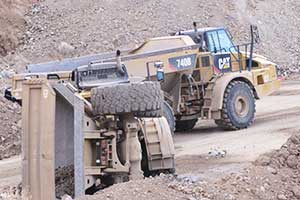 Actually, Storey County has paid a stiff price to get the bragging rights that go with Tesla, forgoing sales tax and property tax revenues for many years. Anything can happen, and there is no guarantee things will go well, but at least the prognosis is good in the north. In Gold Canyon the future is bleak. CMI has yet to make a profit after five years of trying and may be in its death throes, but it is still capable of doing tremendous damage.

Earlier this month we visited Ely, which is becoming The Art Capital of Nevada because of the efforts of The Ely Renaissance Society.

This volunteer organization is famously responsible for the flowering of so many murals on the blank walls downtown. Its most recent project is the Art Bank, 4th and Aultman streets, which just completed its first year of exhibits by many new artists including a show of young artists, a Katherine Rountree show, and the Wally’s World exhibit from the Nevada Arts Council.

If current negations are successful, the collection will move intact to a new public venue in Ely — not just the 35 pieces that were exhibited here previously, but all of them. A suitable home is being sought for what will become a significant attraction for visitors and a significant boost for Ey’s reputation.

Like most visitors to Ely I stopped in at the Hotel Nevada, one of the original ‘winners’ in the Must-See Must-Do list, and along with the Mizpah in Tonopah, one of the great hotels in the Nevada outback. The hotel has been an iconic presence in downtown Ely since it opened in 1929, and in recent years it has become — again like the Mizpah — beloved by a devoted clientele.

When the Gaughan company became an owner some months back and assumed management, it caused a ripple of excitement with a tinge of apprehension. So on a recent visit to Ely I visited with Rick Richards, the GM, an experienced gaming executive on “temporary” assignment from Las Vegas. I use the quote marks because what he thought would be a few months’ transition is now closing in on a year with no end in sight.

“We’ve been upgrading the property since the day we took over,” he told me, and ticked off an impressive list of improvements.

There’s a full sports book now, the slots have been redone, and the only table games in Ely are on the main floor now. The new beds in all the rooms upstairs are made up with new sheets. There are fluffier towels in the bathroom, and 150 channels on the flat-screen tvs versus 30 before.

A makeover of the restaurant is underway, and the food is an important draw. The restaurant serves 24/7 from a big menu, and offers daily, weekly and unadvertised specials (the $3 breakfast special was enthusiastically recommended by a friend in Eureka). “We have breakfast, lunch and dinner specials every day,” he said. “We have soup specials, we have senior days and Slot Club specials, and we have a special menu with smaller portions. We’re paying close attention to what our customers want, and we respond to that — although I have to say I was astonished when I saw the size of the calzones our kitchen turns out. It covered the plate!”

Some of the more exuberant decor has been toned down and smoothed over, but the flair and flavor of the place survive. It’s clear that the grand old hotel is in good hands, and evolving slowly and gently into the Gaughan company chapter of its history.

Children grow up in all kinds of different circumstances in Nevada. Here is a website that will introduce you to one situation you might not have thought about. It’s devoted to the memories of the adults who spent their childhoods at the Nevada State Children’s Home and it delivers a lesson in humanity. The state’s attempt to rescue parentless kids had various outcomes as these affecting posts make clear. A rich read. 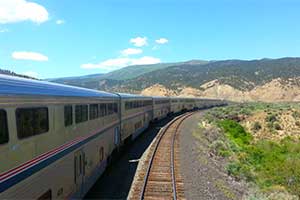 Brief Notes from Beyond the Mountains: The West Wendover City Council tentatively approved spending $800,000 for a new railroad station that would give the Nevada/Utah border town access to passenger train travel on the “California Zephyr” between Chicago and Oakland. The famous train passes through Wendover around 1 am westbound and 7:30 pm eastbound but does not stop. The existing NNRY rail link south to Ely is rated only for trains traveling below 20 miles per hour, but if improved the Wendover/Ely line could take both passengers and freight to and from Cherry Creek, McGill, Ely and Ruth . . .
— High Desert advocate, Wendover 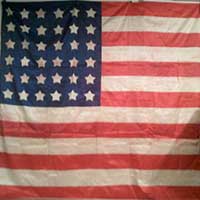 The item about the “36th Star” exhibit at the Nevada Art Museum brought a note about the 36-Star flag on exhibit at the Sparks Museum. It offers an interesting take on the value of historial memorabilia . . . 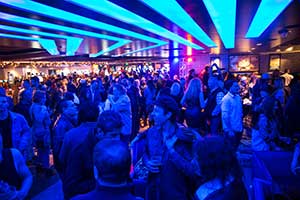 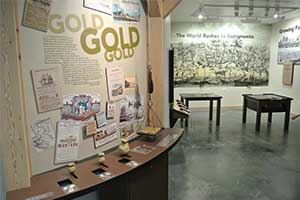 The California Trail Interpretive Center 7 miles west of Elko is a delicious feast of historical overview of one of the most demanding adventures in American history: the wagon trains to California. During the last week of December the Center installed its final exhibit (left) that interprets the California Gold Rush. The interactive display includes a passport stamping station at Sutter’s Fort, and highlights shipping routes that were used during the Gold Rush, as emigrants from throughout the world hurried to California.

settlers living in California, and by 1852, the number had grown to 225,000 The discovery of gold at Sutter’s mill made a national icon of the wagon trains that trekked west after 1848. Interstate 80 is right outside the door, it’s what brought you here and the number of westward-bound travelers going by in one day is more than the wagons carried in six months.

But between the wagon trains which continued into the 1860s, and the freeway which was built in the 1960s was the railroad, also easily visible from the Center, which carried people west in speed, safety and comfort. It was only a few miles west of the Center that the worst train wreck in Nevada history took place. In the summer of 1939 the City of San Francisco was sabotaged just west of Palisade by a person or persons still unknown. The story was told in great detail and with a wealth of photographs in the book “Tragic Train” by Don DeLevi and there is a tantalizing glimpse here: City of San Francisco streamliner sabotaged and wrecked near Carlin . . .
If you’ve ever wondered about medical marijuana in Nevada, here’s the whole story from the Las Vegas SUN. And if you’ve wondered abut the future of legal marijuana in Nevada, we’ve made at least one list of states most likely to legalize it (we’re #2 after California) . . .

Overheard at iet in Minden: “Is hunting really a sport? You have all the equipment and your opponent doesn’t even know there’s a game going on.” 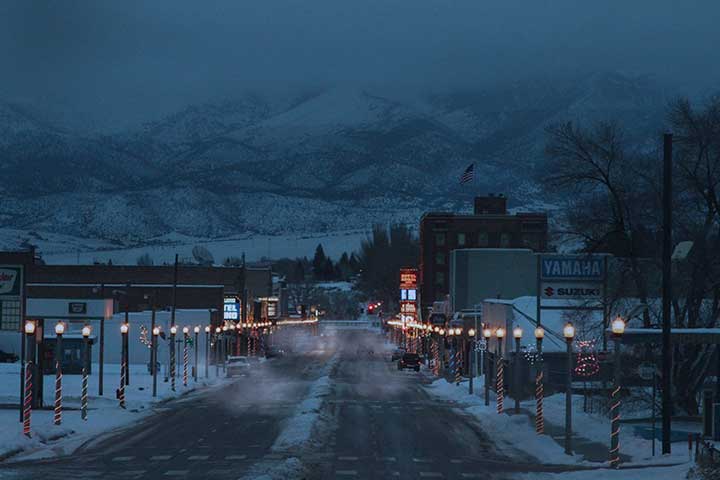 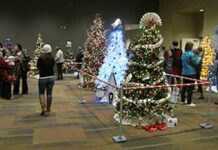 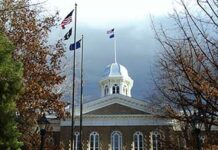 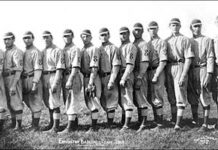 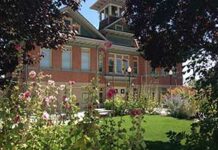 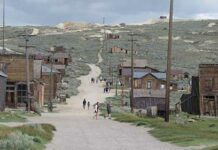 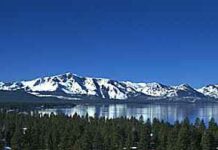