Lake Tahoe Is Lovely in September

Well, that’s a wrap on summer at Lake Tahoe.  Wait, no it isn’t: September is the hidden gem month of the season.  The weather remains beautiful, temperatures are very comfortable, crowds have thinned down due to school being back in session and family vacations are through for the year.  The start of the month feels like the heart of summer but as the month moves toward the end, you start to get that autumn feel.  It’s the other shoulder season here at the Lake, but instead of chilly spring and limited activities and entertainment you have the full spectrum of summer fun but with less hassle of the July and August crowds.

The month gets rolling with a celebration of labor; because we work so hard throughout the year we should give ourselves a holiday on the first Monday of September.  It is the unofficial end of summer on Labor Day, and the community celebrates the fine work they did giving people from around the world a great time here in South Lake Tahoe.  The conclusion of the Summer Concert Series at Harveys finishes in style with one of the most prominent and celebrated entertainers in popular music, Stevie Wonder, performing on Friday, September 2 at 7 p.m. 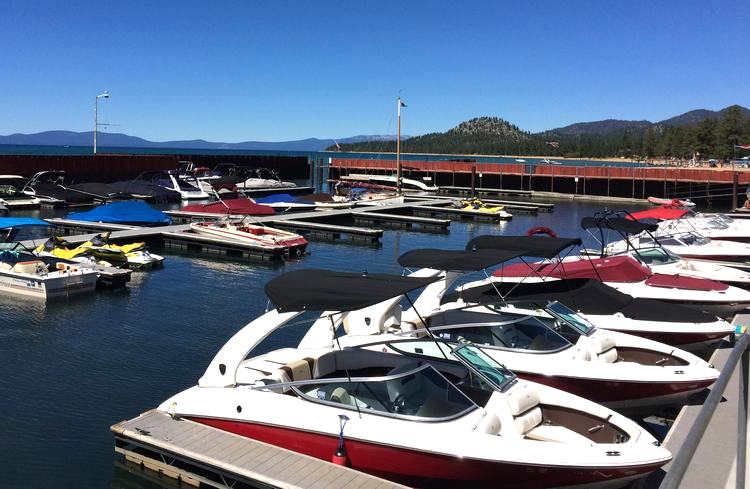 Saturday on Labor Day weekend is good day to hit the beach, and there is a plethora of sandy spots on the south end of the Lake.  One such spot is Lakeside Beach and Marina, just down the road from Harveys at the end of Stateline Avenue.  The beach is a nice spot to relax, soak up the sun and take a dip in the water or take a stroll down the beach.  At the marina, they offer a variety of on-the-lake entertainment, with boats, jet-skis, kayaks, and stand up paddle boards.  And let’s not forget parasailing, a very unique way to view the lake way up in the sky attached to a parachute.  The marina closes down for the season this month, so choose your style or how fast you want glide over the lake. 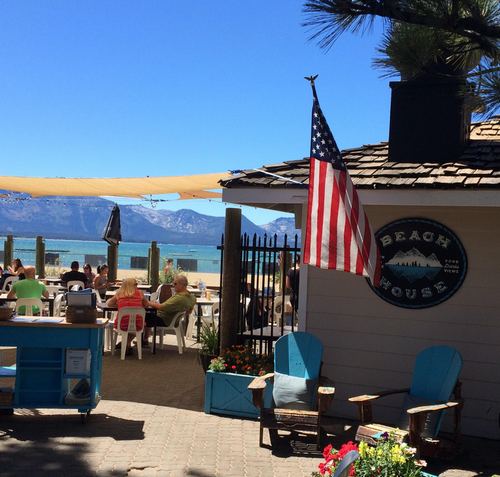 September is the last chance to have a nice meal outdoors at one of the restaurants on the Lake.  One seasonal place to get a good meal is Lakeside Beach House and Grill located at Lakeside Beach, just down from the south shore casinos at 4081 Lakeshore Blvd., South Lake Tahoe, CA.   The Beach House Grill is an entirely outdoor establishment right on the beach, and it’s open for lunch and dinner.  A great photo opportunity is awaiting you at sunset, as the sun goes down directly across the lake from your table.  Have the house marinated Santa Maria tri-tip and chicken, plus signature sandwiches and burgers.   If you happen to be up here on September Fourth, there’s the Labor Day Weekend Fireworks Extravaganza and one of the best places to view the show is, yep, you guessed it, Lakeside Beach.  So spend the day and soak up sun and sights and maybe a beverage, then enjoy a light show over the water at the Nevada/California stateline beach.

One event that sadly won’t be happening this Labor Day weekend is the traditional sternwheeler race between the M.S. Dixie II and the Tahoe Queen.  On the morning of August 16, the second deck of the Tahoe Queen caught fire as it was docked at Zephyr Cove, severely damaging the paddle wheeler.  The vessel has not been in operation for nearly a year, after running aground last October while returning from a cruise off the dock at Zephyr Cove. The Queen was undergoing repair when the fire occurred, and two workers were injured in the blaze.   The future is uncertain for her, but maybe someday the Lake Tahoe icon will return to action.

Other happenings at Zephyr Cove that have occurred over the summer have been at the Zephyr Cove Stables across Highway 50 from the beach.  A bicycle and pedestrian path was constructed from the stoplight at the campground through the stables to the firehouse at Warrior Way.  It was put in to give visitors an easier way to get to the resort when the main parking lot is full, and the overflow parking is at the park across the busy highway.  The path is just a start to what will be happening to the stables.  In the next year, completely new facilities will replace the existing structures.  According to the McGill family, who have managed the stables for the past 35 years, the Forest Service will be constructing new offices, corals, restrooms, and parking lots by next summer.  Business has been hampered a little bit but not badly, and you can still go for a horseback ride until the snow flies. So, there is still plenty of time left to get up and explore the mountainside by horse.

September is the last hold-out of summer here at the Lake, and it’s usually a favorite of locals and visitors alike.  Warm days remain, but they are fleeting, so get up here and take it in before the chill of winter moves back.