The SPE Wacky World of Sports is being held on Saturday, 9/17/16, at Sunset Park (southeast corner of Sunset and Eastern). You can set up a team and pay to play in Bubble Soccer ($40-4 players). This is where each 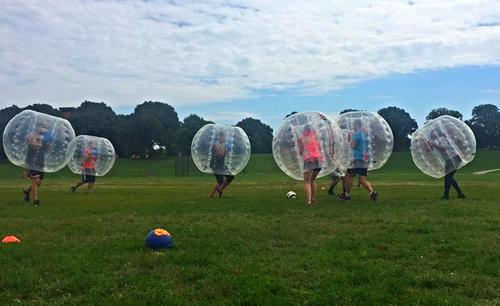 person puts on a huge bubble balloon and plays soccer (must be hot in those things!). They also have FootGolf ($40-6 players) or KickBall ($100-10 player with at least 3 females) and a multi-game discount for playing Golf & Soccer ($70). All players must be over 18. If you have the players you can sign up using this link. Please pay special attention to their program details. No coolers are allowed and the games start at different times.

If you don’t want to participate you can just go there to hang out and watch the action from 9 a.m. until 7 p.m. They will have over a dozen food trucks available with various offerings for purchase. Youngsters can enjoy games, climbing walls, a bounce house and a zip line for starters, along with other activities.

Sunset Park has free admission and is beautiful, with a huge pond, picnic tables with and without shade shields, a playground, trails, and fishing, if you choose. The Park hours are 6 a.m. until 11 p.m. At this time of year the average high is 95 degrees, so go and have a picnic! 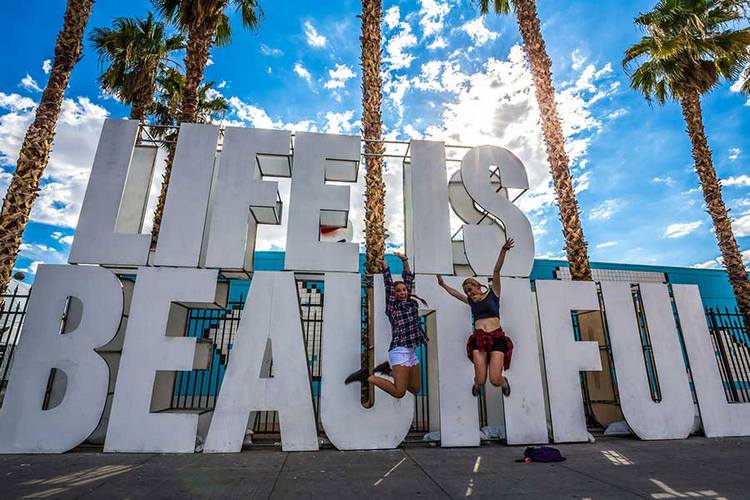 The Life is Beautiful Festival, covering 18 city blocks in Downtown, will be held from Friday 9/23 through Sunday 9/25 this year. The art, music and food festival is for everyone over the age of 2. Single-day tickets are $125 or $295 for VIP . Three-day tickets are $285 for general admission and $655 for VIP. There are also taxes and fees added to the above prices.

A 3-day shuttle pass wristband is $45 and will take you from either UNLV T&M Bus Lobby (which is just outside the Tropicana Parking Garage, where you can park for free) or Treasure Island to the Carson Ave./Sixth St. parking lot. Be advised that you will have to choose which pickup/dropoff location (UNLV or T.I.) when you purchase your ticket! Pickup every 30 minutes from 1:30 p.m. until the last return bus at 2:00 am. The festival entrance at Fremont and 7th opens at 2 p.m. and closes at 1 a.m. if you are staying in the downtown area.

At least 40 food vendors will be set up around the grounds, and you also have many restaurants to choose from in the area of the Fremont East Entertainment District. Let’s just say you won’t go hungry! 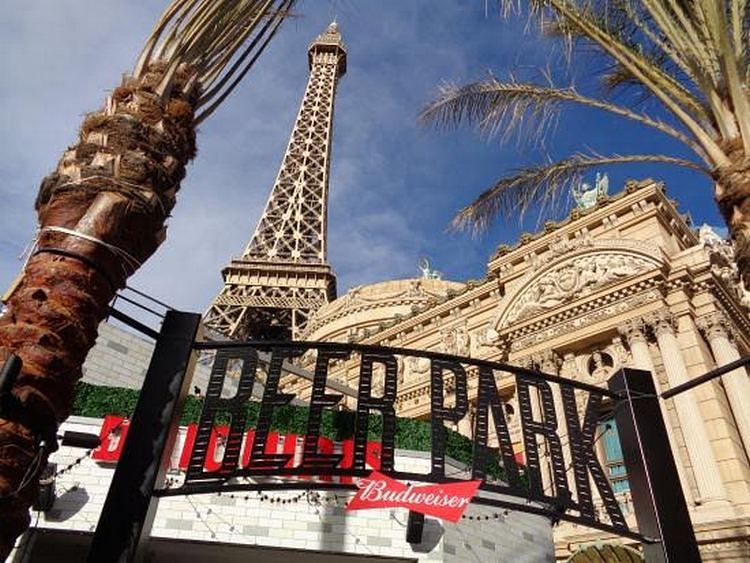 Oh my, oh my, oh my! Do you like beer? Do you like sports? Do you like beer and sports? Then you have to divert from the normal casino bars and hit the Beer Park at Paris Hotel & Casino instead. This is a 10,000 sq. ft. rooftop bar and grill with picnic tables, outdoor grilling, life-size games (giant Jenga or giant tricycle riding anyone?) and is open at 11 a.m. every day. You can enjoy beer and great cocktails while looking at the gorgeous strip at night or shooting pool. This has been open since a year ago, when the famous Clydesdales trotted their stuff down the Strip to kick off the opening.

It’s time to get cool — from the inside, that is. Have you been to Handel’s Ice Cream yet? They opened in Las 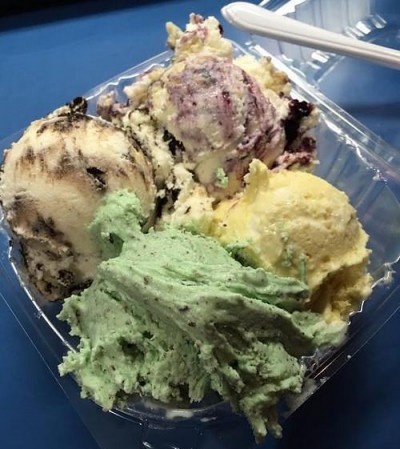 Vegas over a year ago and are located at 10170 W. Tropicana (northeast corner of Tropicana & Hualapai in Sienna Town Center). They started out in Youngstown, Ohio in 1945 and have been growing across the country ever since. They literally have hundreds of flavors of ice cream and yogurt which are all hand-made fresh daily. Their $2 Tuesday special for a 1-scoop cone (regular or sugar) or in a dish is great for kids. And their 4-scoop sampler in a container is only $4.25! These are large scoops, folks, with lots and lots of fresh ingredients and toppings! Be prepared to wait, though, because this is not a restaurant with seating. It is a walk-up-window establishment which can have long lines for service. They do have a few benches to sit on, which they kindly put in after requests from their patrons. But even if you do not get to sit, this is the place to go for ice cream lately! Handel’s is open every day, 11 a.m. to 10 p.m.

The Best Thai Food in North America and More

Lotus of Siam has always been a hard-to-find, unpretentious and very good Thai restaurant. That’s why Diamond Jack enjoyed it so much. Then, in 1999, Chef Saipin Chutima bought the place and it became very, very good. How good? Chef Saipin was named Best Chef in the Southwest in 2011 by the James Beard Society, and shortly thereafter, several magazines, including Gourmet, described it as “the best Thai restaurant in North America.” Diamond Jack already knew that.

Chef Saipin told me that her distinctive Northern Thai cooking was passed down from both her grandmothers and her husband’s grandmothers. This allows diners to step out of their comfortable Asian dining zone into a world of hearty herbs and spices, true Thai curries, wontons, noodles, fried rice dishes and heat – lots of heat. Lotus of Siam is at 953 East Sahara Ave. in Commercial Center. Call 702-735-3033 or visit Lotus of Siam’s website. 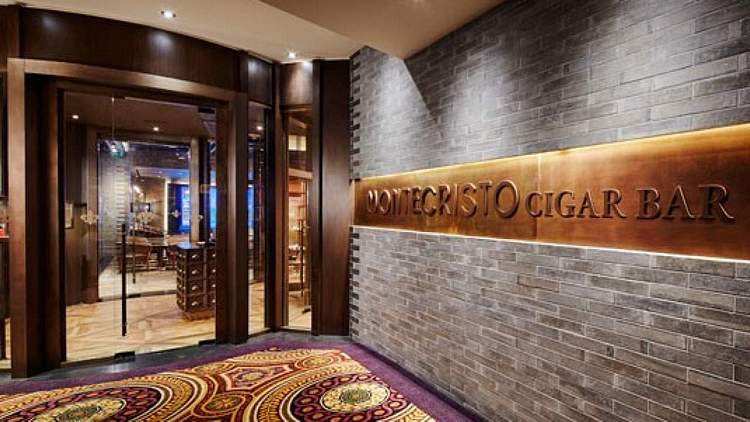 A good cigar in Las Vegas became even better with the addition of the Montecristo Cigar Bar at Caesars Palace. Notable cigars are paired with fine beverages in a contemporary 4,000-square-foot environment featuring a walk-in humidor with up to 1,000 cigars. A state-of-the-art ventilation system ensures a comfortable visit, along with the 100-seat bar/lounge and its oversized video wall of nine television screens. And what does Diamond Jack prefer? There is Montecristo, Romeo Y Julieta, H. Upmann, Padron, La Flor Dominicana, Arturo Fuente and Ashton. And each goes so well with a rare spirit such as Pappy Van Winkle, 18-year-old Elijah Craig Single Barrel and Thomas H Handy Sazerac “Antique Collection.” The Montecristo Cigar Bar is adjacent to Old Homestead Steak. 866-733-5827.

There’s no place like Las Vegas for entertainment, and the city takes center stage Oct. 19, when it hosts a presidential debate at the Thomas & Mack Center at UNLV. Hillary Clinton and Donald Trump will debate before hundreds of delegates, thousands of journalists and millions of television viewers across America. According to Rossi Ralenkotter, president/CEO of the Las Vegas Convention and Visitors Authority (LVCVA), more than $4 million has been allocated to cover debate expenses.

“We’re looking forward to showcasing Las Vegas and expect the event to generate as much as $50 million worth of publicity for Southern Nevada,” he said. 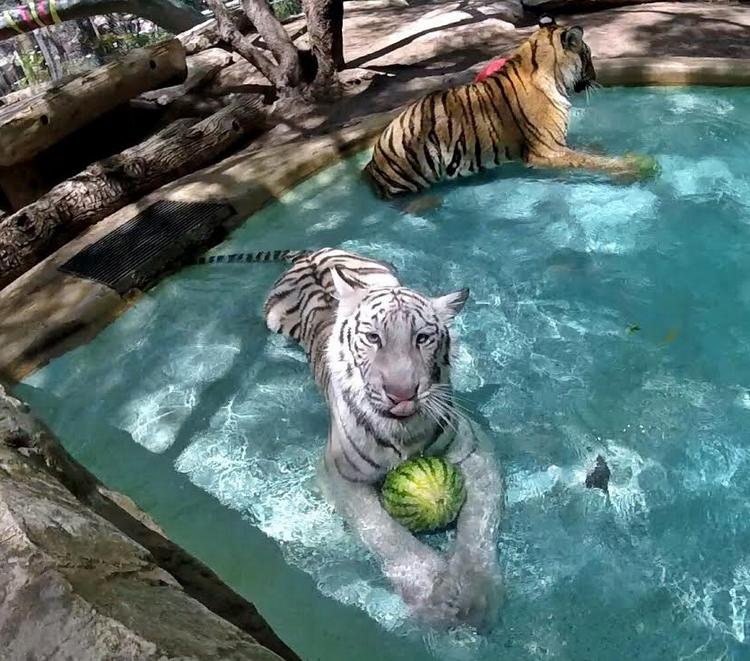 Siegfried & Roy’s newest tiger cubs, Hirah and Maharani, celebrated their first birthday in August at Siegfried & Roy’s Secret Garden and Dolphin Habitat at The Mirage. The two girl cubs played with papier-mâché “1” piñatas and were treated to big juicy watermelons and presents, while guests enjoyed cookies decorated with a white tiger face. 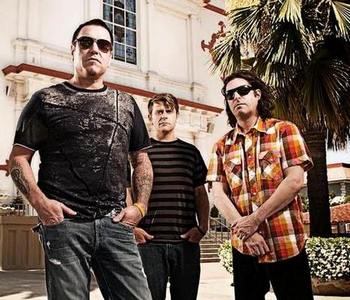 Smash Mouth will perform a free concert at the Fremont Street Experience over Labor Day Weekend closing out this year’s Rock of Vegas concert series on Saturday, Sept. 3 at 9 p.m. on the 3rd Street Stage. Smash Mouth is touring with their new album “Magic” and entertaining troops in Japan, Guam, Guantanamo Bay, Afghanistan, and Iraq. Formed in late 1994, Smash Mouth began recording demos and showcasing in both San Jose and Hollywood, California. The free concerts downtown are celebrating their eighth season. 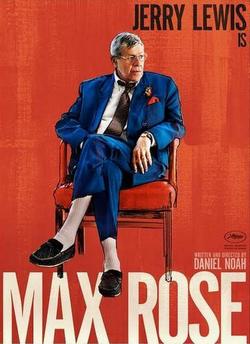 Prior to that engagement and after a 25-year absence from the big screen, the legendary comedian, actor, producer, and director Jerry Lewis returns in his latest film, “Max Rose.” The movie will open locally on Sept. 23 at the Regal Village Square Stadium at West Sahara.

“Max Rose” stars Lewis as an 87-year-old retired jazz musician whose wife recently passed away. Devastated by the loss after his 65-year marriage, Rose discovers his wife’s jewelry with an intimate inscription from another man, causing doubt about his marriage. The drama has Rose searching for the mysterious suitor.