Pahrump still has a lot of gold to be found

Historically speaking, when people talk about gold being discovered in Nevada, they mention towns like Goldfield, Beatty, Virginia City, Tonopah,  and Eureka, to name a few, but very few ever speak of Pahrump. And yet gold has been discovered in the area, just like most of those towns named.

In Beatty, two hardrock mining companies are even looking to  return to the area.

In Pahrump, the hardrock mining was done primarily in the Johnnie Mining District, which is 15 miles north of the town  at the end of the Spring Mountain Range. And, like Beatty, the mining continues. 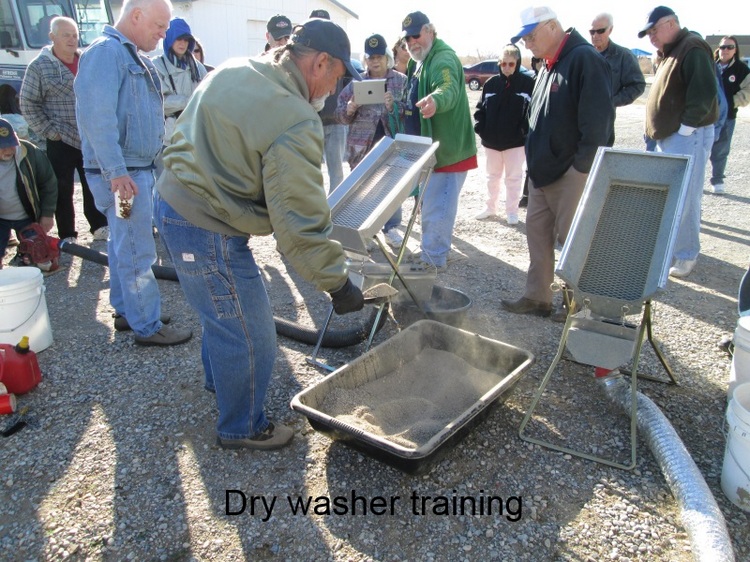 According to the Nye Gold Seekers, a club dedicated to preserving mining history in Pahrump and helping those interested in learning how to mine for gold, gold  was discovered  at Johnnie in 1890.[2] The mine produced between $382,681 and over a million dollars by 1913.

There are several legends circulating about gold in Pahrump. One legend says that the infamous Charles Breyfogle discovered a large gold deposit and his mine was in Pahrump.  Charles was a successful prospector who had success in California in the 1850s. During the Civil War in 1863, Charles found himself looking for gold again. He was traveling near Death Valley near a place called Ash Meadows, some 20 northwest of Pahrump, with some men traveling to Texas who wanted to join the Confederacy. While near Ash Meadows the group was attacked by natives, and Charles, the only survivor, fled for his life. He wandered for several days in the desert until he came upon a spring. When he looked around the area he found a quartz vein of gold. He marked the area and headed south with samples, but before he could get to civilization somewhere near Stump Springs south of Pahrump, he was captured by natives and held as a slave. He would eventually escape and would spend nearly the last twenty years of his life looking for the gold mine.

Some say that the owners of the Manse Ranch in Pahrump, the Younts, who were early settlers of Pahrump circa 1890s, got to look at the samples and said it was similar to gold from the Johnnie Mine. A gold prospector in Johnnie, Dan Gaines, says that the samples probably came from the Bullfrog Mine near Beatty. Death Valley National Park Rangers also tell the legend and say that the mine was probably closer to Death Valley, if not in the National Park. While others in Pahrump disagree with the Younts and say the gold looked more like the gold coming from the Bullfrog Mine near Beatty. Whatever legend one subscribes to, the facts are still the same. There is gold still in Pahrump. The Johnnie Mine is currently owned by the Pahrump Museum, and the town built around it is all but gone. 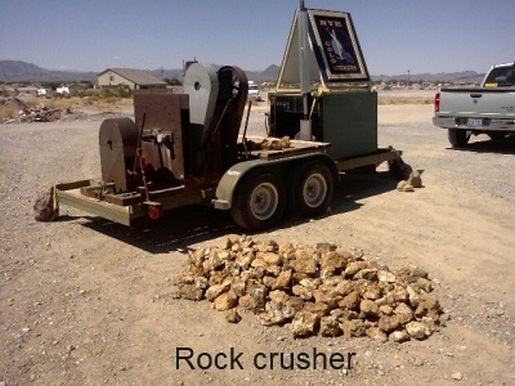 The Gold Seekers have a mining claim for exclusive use by members near the old townsite, which is 20 acres.

“If you want to find gold,” says Bonnie Johnson, Nye Gold Seekers President,“you look for it where people have discovered gold before.”

“Members who want to learn about placer mining techniques, which is mining the surface and up to 10 feet into the ground,” says Larry Tobey, a Nye Gold Seeker member and its Vice President, “they can join our club, and we will teach them step-by-step on how to pan for it, how to classify the rock, even where to look.”

Larry says it is a great way to learn. After all, you can start mining for gold and learn what mistakes not to make. The group even has equipment that one can use if you join the club.

Bonnie says the group has its own equipment manager, who is very experienced at using the equipment and patient on how to use the equipment.

“Monty Duarte is our equipment manager,” says Bonnie. “He has been doing this ever since I moved here.”

Monty is a wealth of information. He has been mining gold since he was in high school over 30 years ago.

“I grew up in California near Stockton, where gold was first discovered in the state,” says Monty.  “I then went to work in the sheet metal business, where I learned to fabricate my own equipment for mining.”

Monty makes sluice boxes of all kinds, dry and wet. Members can buy them or they can borrow them. Monty even has a rock crusher. He will also let you know how to file a claim and even walk you through the process.

“It’s hard work,” he says. “People of all kinds come out and move a lot of earth for a few grams of gold. People need to realize it is work. But some do find more than flakes.”

Bonnie says she came out on her first outing and was told to fill a bucket full of earth from the top of the claim and then bring it to the bottom.

She added that she did know a couple that mined for about 6 years and in that time found around six ounces of gold.

The Gold Seekers have been around since 2002, and when the weather is cooler they meet every second Saturday of the month at the Johnnie claim. For more info email Bonnie at Bonnie0736@aol.com.