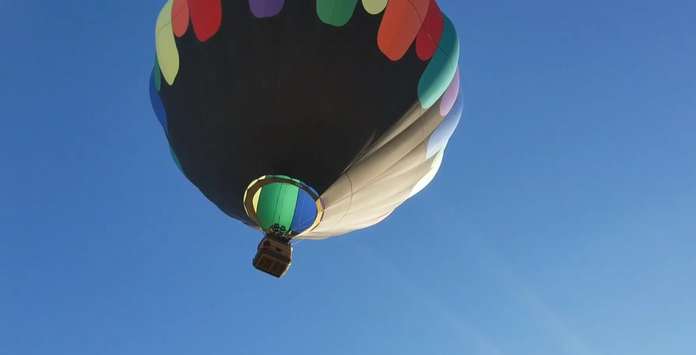 For the past year now, the Pahrump Valley has been experiencing an aerial invasion of hot air balloons that have been taking off and landing here in the valley. Normally, one has to wait for the Hot Air Balloon Festival in February to get a ride in one of these majestic balloons. But thanks to Balloons Over Pahrump, people can now get a ride all year long.

At the moment, Balloons Over Pahrump says the reason their company came out here is the wide-open space. The company has been coming out to Pahrump for about a year, and they also operate Las Vegas Balloon Rides in Las Vegas.

According to the balloon company, the typical flight lasts an hour, but you need to set aside about four hours of time.

“We tell our clients to come out to our office in Las Vegas about 5:30,” says Jason, one of the guys that run the office. “Our company has been doing business for about 35 years.” Jason says Pahrump flights take off from Sanders Winery. Guests can take their flight on the balloon and then return to the winery for some free wine tasting. He says there is nothing like taking a ride in a balloon. It truly is free flight, and by that he means that once in the air the crew doesn’t know where it will land. Sure, they have a general idea but the pilot doesn’t control the balloon.

“Our balloons go with the wind,” Jason explains. “If the wind is going five miles to the north, we will land somewhere to the north. We don’t have a steering wheel, and so there is no left or right.” 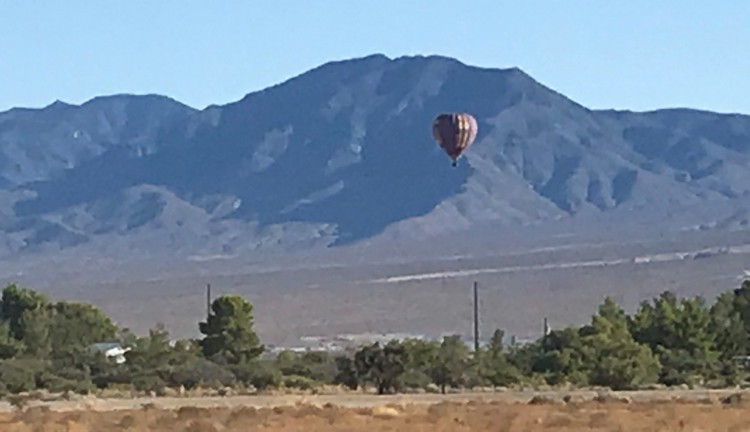 He explained to me that by changing altitude the balloon could change directions by following a different current, but that is the only way they can control the balloon’s direction. This is why the balloons take off at the break of dawn, for the winds are real calm in the mornings. The balloon has a chase car that follows it to return the crew back to base.

Jason says he has come down in some pretty strange places. “One time in Ohio I came down on a farm that had a locked gate, and we couldn’t get out,” he said. A typical flight goes about 6-10 miles, and we travel at an altitude of 500 feet to about 3,500 feet, and the flight time is about an hour,” Jason said.

Balloons Over Pahrump suggests dressing as if you are going to take a hike that day. “Any altitude the weather is about the same,” says Jason. “The temperature changes about 30 degrees per 1,000 feet. You don’t feel that much of a difference.” 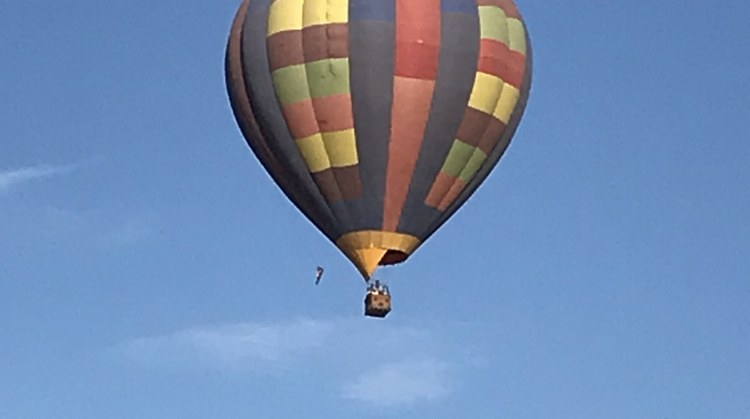 They take off from Sander’s Winery 30 minutes before sunrise, and that is about 6:30 a.m. in Pahrump.

Sanders Winery is located at 3780 E. Kellogg Road in Pahrump. Check out their fall show schedule for double the fun. Sander’s Winery said they just provide the pretty place to take off from and the place to hang out after the ride.