Tuesday July 1 1976 was a grand and glorious day in the history of the Comstock Lode, the day the whole town of Silver City came out to play. 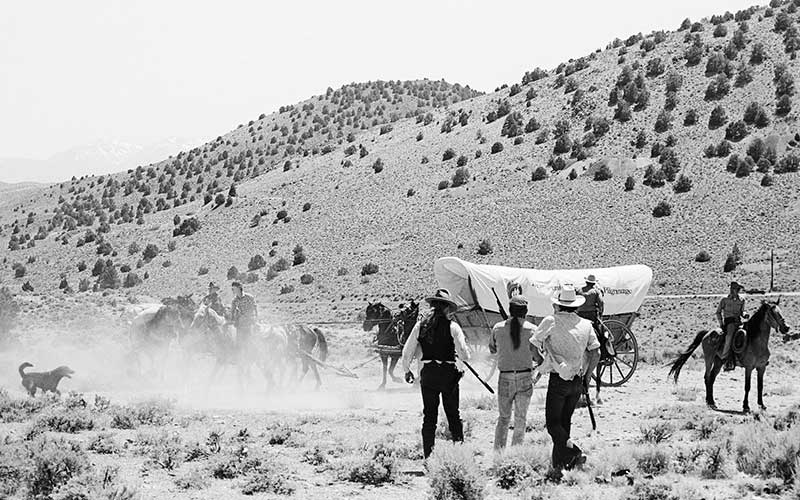 As the Gold Hill NEWS reported later, “At about 3:30 on the afternoon of Tuesday, July 1 elements of the Silver City Guard rose up out of ambush at the edge of town and stormed the federal Bicentennial Wagon Train with cannon fire, waving guns, cue sticks, tequila bottles and one double-bladed bayonet.

“The federals could only watch in astonishment as 27 splendidly uniformed troopers coursed suddenly up out of the rocks and swiftly down upon them, yowling hideous battle cries.

“Apart from its outcome, the action resembled the Guard’s only previous combat when it was wiped out by Indians at the Battle of Pyramid Lake in 1860.”

A Visit to Sutro

It’s been well over a century since the last mining car filled with ore from the Comstock rolled out of Sutro Tunnel. 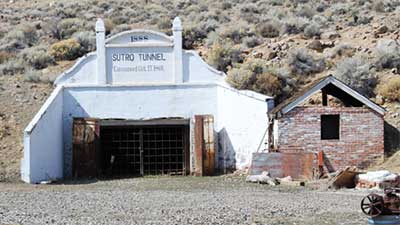 By the time the Tunnel was completed in 1878, the Big Bonanza was winding down, and the best guess is that the last batch of Comstock ore came through about 1880. But just three years ago, workers began converging at the old Sutro site once more.

Nevada’s tourism industry has been hit hard by the global COVID-19 pandemic. Some 300,000 Nevada residents filed jobless claims during the first month of the state’s nonessential business shutdown.

That figure would normally be typical of the number of requests made in a full calendar year. The state’s unemployment rate reached 16.8 percent by late April, the highest in Nevada’s history.

Local and state tourism authorities are feeling the pinch and responding with salary cuts, furloughs and some layoffs. Recently, the Nevada Division of Tourism was among agencies to lay off workers.

To the cattlemen on the Nevada/Idaho frontier of the 1890s, sheepherders were anathema. 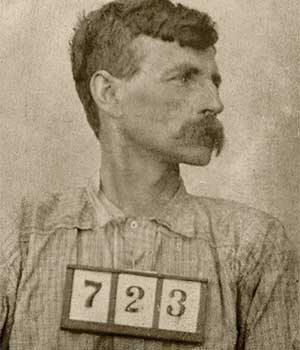 So virulent was the feeling against them that the owners of the vast Sparks-Harrell Cattle Company of northern Nevada and southern Idaho hired a man to rid their range of sheepmen. His name was Jackson Lee Davis, and his brief tenure as a hired gun was but one facet in the life of this unusual man. By the time of his death, Jack Davis had established himself as a thoroughgoing legend of the western frontier.

Despite the Hollywood version of cattle raising in the Old West, few ranchers employed a gun-for-hire to eliminate rustlers or sheepherders. This is not to say it wasn’t done; around 1895, a few of the larger spreads in Wyoming brought in a “regulator” named Tom Horn to “clean up” the range, and at $500 a head, he was well on his way to doing so when he was convicted of murder and sent to the gallows. For years, Jack Davis faced the likelihood of the same fate. 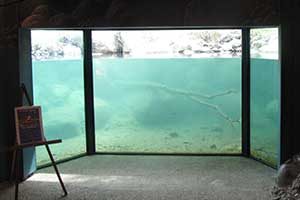 I drove north from the Y on Highway 89 about three miles to Taylor Creek — one of 63 rivulets that dribble down into Lake Tahoe — where the U.S. Forest Service Lake Tahoe Basin Management Unit was hosting the fourth annual Native Species Festival. I traipsed along the Rainbow Trail through the associated meadows and marshlands to the underground chamber allowing a trout’s-eye view of Taylor Creek. You can stand there and watch the life of the creek through “picture windows” and in the fall when the bright red salmon are spawning, it’s a brilliant spectacle. The half-mile walk itself is calming and informative as it wends from the pines down to creek level and back again, introducing some of the non-lake elements within the Tahoe basin.

I drove back the way I came, and by this time in late morning there was a constant stream of traffic going north on Highway 89, almost no-one going south, so when I passed Camp Richardson again I was able to pull over and snap these long-lens photos of performers practicing for the Faire which will take place June 6 and 7. These people look ready!

Overheard at the Gallery Bar in Elko — “People don’t alter history any more than birds alter the sky, Billy, we just make brief patterns in it.”

Nevada Highway 278 goes south out of Carlin and proceeds 92 miles to US 50 at Eureka. At about ten miles along you’ll come to a turnoff to the west marked Palisade. Take it around the shoulder of a hill and across the river on the broad new bridge and you’re at the outskirt (an upside down school bus in a bed of dried mud) of Palisade. The trains of two railroads come crashing through here day and night, engines roaring, horns blaring.

What was once a town of 300 overlooking the depot and transfer point for the Eureka mines is now scattered wreckage around some slumping buildings. And the recently deceased owner’s heir has a daughter ready for college, so old Palisade was auctioned off to “an anonymous buyer” to send her there. Price: $150,000 according to the SF Chronicle.

There is a small cemetery and a row of dugout structures along the river’s bank that suggest Palisade’s busy and hardscrabble past.

Back in the days when Palisade was busy with freight and passengers, local comedians entertained themselves by staging gun fights on the depot platform as trains pulled in from the east. Frightened passengers hid under their seats and gave up their waiting dinners at the depot cafe rather than face the flying bullets, and went on hungry and half-traumatized, to Winnemucca. It was a wheeze!