If I hadn’t slowed to look down the road west, I probably wouldn’t have noticed the eight-year-old 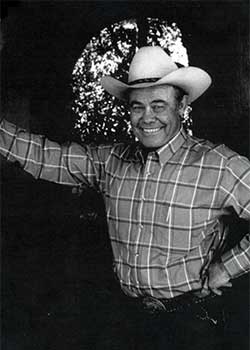 Chevy parked on the shoulder about 100 yards from the intersection. The hood of the car was up and so was the trunk lid, with the owner rummaging inside. For as far as I could see in any direction, we were the only things moving in the valley.

Three minutes later I was accelerating towards Tonopah with Joe Brown in the seat beside me. A tanned, muscular man of about 40 with close cropped black hair and amber eyes. He wore a light-colored western shirt with mother-of-pearl snaps and a pair of clean, faded JC Penney jeans. Before his car had broken down, he’d been headed into town from the Linkletter Ranch at Lida, to pick up a new saddle that had been delivered during the week by Greyhound.

Carson Valley and its four communities of Gardnerville, Genoa, Minden and Topaz Lake will be here when you can safely travel again. Until then, here are seven ways to virtually travel from the safety and comfort of your home. There’s way more to this valley, all the way back to Nevada’s beginnings.

We look forward to welcoming you in legendary fashion when the coast is clear. We’re here to help any time at VisitCarsonValley.org or 775-782-8145.

by Vy and Dustin 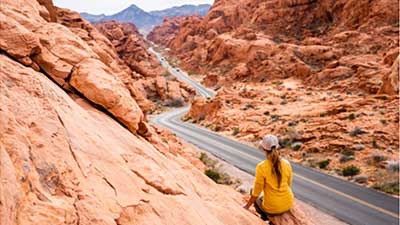 Valley of Fire State Park is a place that you must visit at least once in your life. It is world-renowned for its gorgeous landscape of bright red sandstone outcrops, winding scenic roads, colorful pastel canyons and much more. Depends on what you want to do, you can spend from half a day to a weekend or more here. If you only have a few hours to spend, we put together this ultimate driving guide that will show you the cool places that don’t require a lot of hiking or walking.

After much listening, discussion, and careful consideration, we have made the difficult decision not to build Black Rock City in 2020.

Given the painful reality of COVID-19, one of the greatest global challenges of our lifetimes, we believe this is the right thing to do. Yes, we are heartbroken. 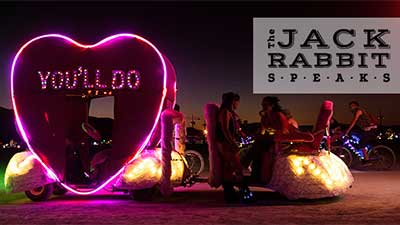 We know you are too. In 2020 we need human connection and Immediacy more than ever. But public health and the well-being of our participants, staff, and neighbors in Nevada are our highest priorities.

We are, however, going to build Black Rock City in The Multiverse. That’s the theme for 2020 so we’re going to lean into it. Who’d have believed it would come true? We look forward to welcoming you to Virtual Black Rock City 2020. We’re not sure how it’s going to come out; it will likely be messy and awkward with mistakes. It will also likely be engaging, connective, and fun. 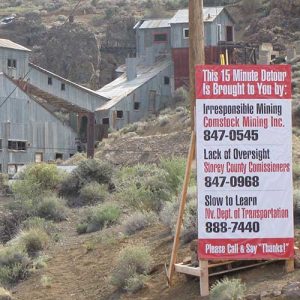 Comstock Mining Update: Early in the week of May 3, persons unknown erected a sign near the junction of Main Street, Silver City (Highway 342), with the Truck Route (Highway 341).

The sign blamed Comstock Mining Inc. for “Irresponsible Mining”, the Storey County Commissioners for “Lack of Oversight” and the Nevada Department of Transportation for being “Slow to Learn”, thus causing the closure of the highway between Silver City and Gold Hill.

On the morning of the third day afterward, the sign had been obliterated and removed by a second party of persons unknown. . . .

Overheard at the Martin Hotel in Winnemucca — “The most wonderful of all things in life, Jimmy, is discovering another human being with whom one’s relationship has a glowing depth, beauty, and joy as the years increase. This inner progression of love between two human beings is a most marvelous thing, but you can’ t find it by looking for it or by wishing for it — it is a divine accident.”

It had escaped my attention until now that Carson City and Dayton combine to be an “official” Nevada whitewater destination. The area’s first rafting and kayaking facilities embrace a frisky stretch of the Carson River.

The newly constructed Morgan Mill put-in area is just upstream of the BLM offices on Deer Run Road south of U.S. Highway 50 East on the far east side of Carson City.

Once launched, boaters enjoy a 9.3-mile float through Class II and Class III whitewater downstream to Santa Maria Ranch River Park on the west end of Dayton. Signs advise boaters of rapids and where to take out of the river, and the magnificent river canyon provides views of historic gold and silver mill sites once flourished, stone walls that Chinese laborers crafted more than a century ago to shore up mountain mining roads.

Preparations have been made for the V&T Railroad to be extended through the canyon to a permanent terminal. New facilities are also in place at the take-out area. Boaters can also go into the river further upstream at Carson River Park with a placid 3.3-mile Class I stretch of river that takes about 1.5 hours to float downstream to Morgan Mill Road and is suitable for beginners. The energetic float from Morgan Mill to Dayton is for experienced boaters and takes about two and a half hours.

We were three days in Mesquite, marveling how an old Mormon farm town has become a trendy retirement community with gambling and golfing destinations at freeway offramps on each end. 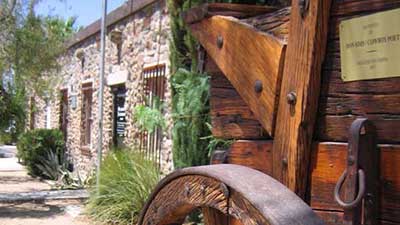 There are still half a dozen residences left on Main Street, and a few more of the original commercial structures, but most of Mesquite is new and getting newer by the day.

The little town’s transformation might best be expressed by two structures side by side near the center of the old town at Mesquite Blvd and Yucca Street. One is the Virgin Valley Heritage Museum, built in 1941 by local school kids as a National Youth Authority project. Cement was the big expense, the gravel, rocks, flagstone, and pine poles were gathered locally and the lot cost $150. 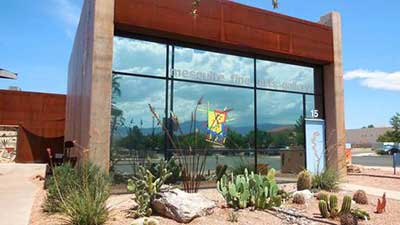 Next door is the Mesquite Fine Arts Center, a sleek modern structure devoted to the work of local and regional artists working in all media. The contrast between these two neighbors, one gazing backward, the other forward, could hardly be more profound. 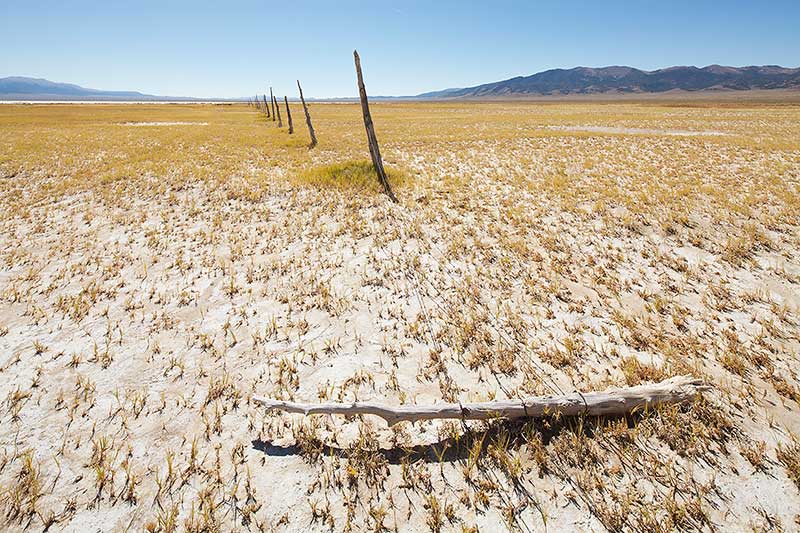