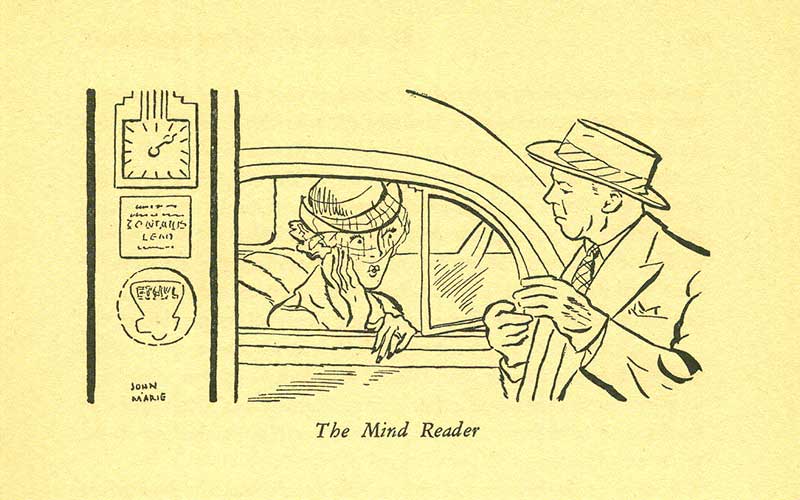 Due to the frenzy of speculation occasioned by the ore discovery in the Sierra Nevada, every stock quoted in the San Francisco exchange was quoted at ridiculous prices, and those who could not afford to buy in the midst of the “find,” nibbled away at lesser and more in deadly investments. Dozens of stocks in claims of no possible value were listed.

Mines, so-called, away from the true Lode, away in the east country, on the upper sides of Mt. Davidson, on American flat, on the Geiger Grade, were capitalized, and the stocks peddled about at the most surprising rate and speed.

One notable incident was in Six Mile Canyon, the canyon that leads east from the town down to the site of the entrance to the Sutro Tunnel. The story is no secret. I tell it now more as joke than the serious matter it appeared to be sixty years ago.

Some people recognize the things government does for them to be social progress, but see what it does for others as unwarranted.

Some suggestions to help with your Nevada post-pandemic road-trip planning:

A Visit to Ely


A Visit to Wells

Carson City is for Foodies Now

A Great Way to Get to Genoa

And a Ride on the V&T

An interesting addition to C Street is taking place at 27 South (original address) and you can visit and watch its progress while the tanks and kettles are still coming together. They’ll be pouring their own by the end of April; until then kegs from other brewers are chilling in the 1930s cooler they inherited with the building. The Virginia City Brewery and Tap House occupies what was once a butcher shop, the entire ground floor rehabbed back to its original brick walls and pine floors.
Everything has been beautifully done, as you might expect from four partners in the building trades, and equally beautiful was their solution to the lack of even a tiny kitchen. Customers order food by phone, choosing a menu from any of three local restaurants that deliver to the brewery. The new slogan: “Best Selection of Food in Virginia City!”

Overheard at the Owl Club in Eureka — “Here’s the deal, Freddy. People choose their beliefs according to their situation.”

One of the pleasures of staying overnight in Tonopah is the free tour of the historic Mining Park you can take the next day. The 100-acre Park is located on the site of the original claims overlooking the gaunt old city from the east. 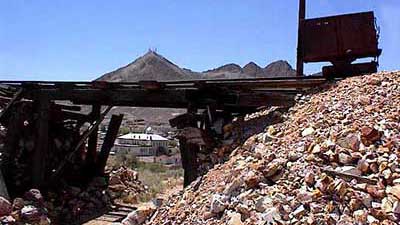 A self-guided tour begins at the Visitor Center and wanders through parts of four of the old city’s major mining operations. You’ll enter a variety of mining structures, including the recently completed Burro Tunnel at the site of one of Jim Butler’s original discoveries. This timbered and well-lighted tunnel leads to a steel ‘cage’ firmly secured over a 500-foot drop. Head frames, hoist houses, a railroad trestle, powder magazine and other structures are scattered across the gritty hillside. 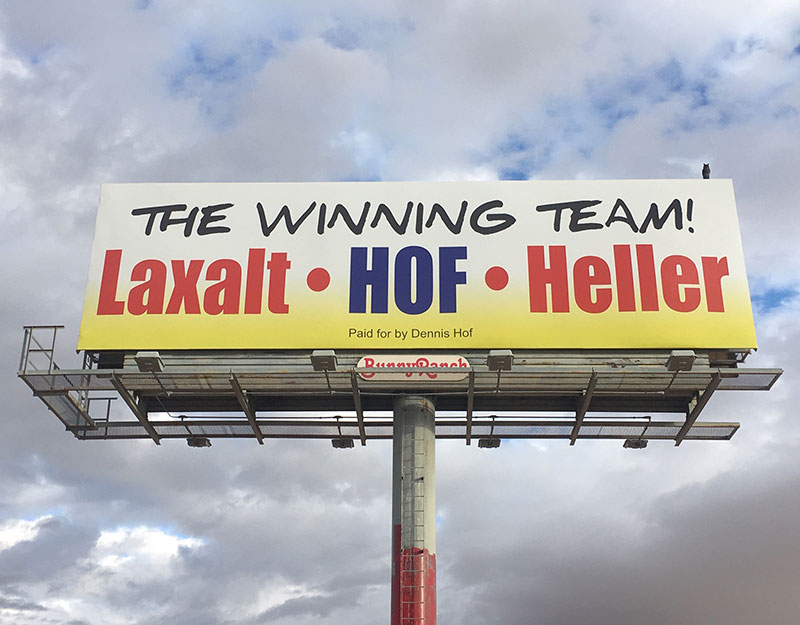 This is an inside joke, understandable only to Nevadans and political scientists with a taste for trivia. Photograph by Trish Reynolds