Deana Carter Graces the Stage at the Riverside 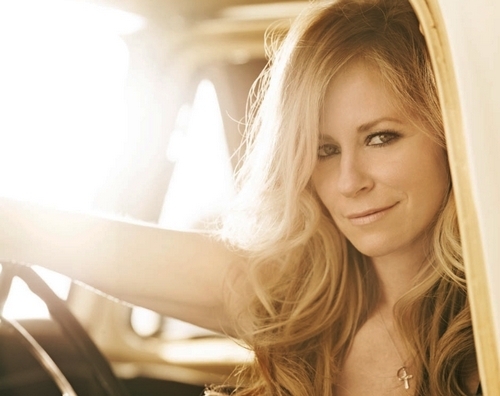 The natural beauty caught the eye of Willie Nelson early in her career and she’s co-written songs with the likes of Kenny Chesney. She’s the daughter of famed studio guitarist and producer Fred Carter, Jr.

Carter grew up exposed to the wide variety of musicians her father worked with, including Willie Nelson, Bob Dylan, Waylon Jennings, and Simon & Garfunkel. Their strong influence eventually seeped into Carter’s own country-pop style.

Developing her songwriting skills, Carter eventually signed a writing deal with Polygram and soon after a record deal with Capitol Records. One of her demo tapes fell into the hands of none other than Willie Nelson, who remembered her as a child. Nelson asked Carter to perform along with John Mellencamp, Kris Kristofferson and Neil Young as the only female solo artist to appear at Farm Aid VII in 1994. Her debut album, “Did I Shave My Legs For This?,” boasts six songs co-written and co-produced by Carter and was released in late summer 1996.

Carter now divides her time between Los Angeles and Nashville, writing and producing for both the pop/rock and country markets when she’s not on the road touring. She is also the national spokesperson for the National Kidney Foundation.

The 6th Annual Laughlin International Film Festival (LIFF) is scheduled Oct. 12-15. For cinematic enthusiasts, this event operates as an annual platform for the United States and international filmmakers to showcase their films and to network. Films, short films, feature films, documentaries, music videos, experimental work and more are screened at the Laughlin Stadium 9 Cinemas over four days in conjunction with social networking events, film workshops/panels, parties, a Saturday Night Awards Show, and a Filmmaker’s Breakfast on Sunday with a director/producer panel. The Tropicana is the host casino.

It’s the perfect time of year for the 3rd Annual Tropicana Luau poolside at the Tropicana on Thursday, Oct. 19 at 6 p.m. The evening will be highlighted by a buffet-style luau dinner with island-flavored dishes such as poi, papaya salad, char siu ribs, mahi mahi and a show performed by the Hot Lava singers, dancers and master fire dancer. Tickets are $50, call 1-888-888-8695.

With the advantage of the Riverwalk, the Colorado Belle is known for putting on themed music and food festivals. The 9th Annual Das Beer Fest with cold beer and German cuisine will take place Friday-Sunday, Oct. 6-9 and 13-15 with live music on the Loading Dock Stage showcasing oompah bands: The Rhinelanders with Helmut Oct. 6-8 and The Warsaw Brothers Oct. 13-15.​ The Rhinelanders are a Denver-based band specializing in a wide variety of music including German polkas, Schinkel waltzes, and beer drinking songs including the chicken dance.

The Riverwalk Honkytonk Festival with live country music on the Loading Dock Stage will follow Oct. 27-29. The acts performing will be Chris Johnson & the Hollywood Hillbillies and Guitars & Cadillacs.

The Haunt & Glow Car Show at the Tropicana Oct. 27-28 will evoke Halloween fun. The event includes a show N shine, vendors, Halloween costume contest, car light show and more. Car, truck and motorcycle viewing will be free Friday 1-6 p.m. and Saturday 9 a.m.-7 p.m. The costume contest and light show will take place Saturday at 6 p.m. in the North Lot with awards at 10 a.m. on Sunday in the Pavilion Theater.