Spooky? Nah! Try These Events Instead!

I’m still liking different. Do you like different? This is different! Vegas Gone Yoga has been in existence since 2013. The weekend of October 6th you can enjoy a variety of dynamic, movement and aerial yoga, along with meditation and discussion classes with 40 instructors at the Springs Preserve. (Have you noticed there are a lot of fun events at the Springs Preserve?) 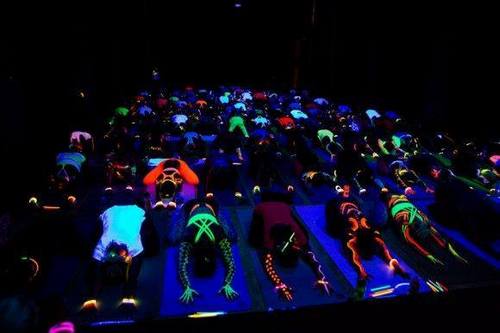 Besides 3 rooms, they have the Patio Gallery and the Amphitheater reserved from 8 a.m. until 5 p.m. on Saturday and Sunday for their variety of classes, which occur at different times. They also expanded their vendor section this year, including Violette’s Vegan Organic Café & Juice Bar.

They feature a Glowga on Friday night from 7 until 8:30 p.m., when they will turn the black lights on, the music up and the DJ will get you groovin’ to the movin’ to “glow” as you “yoga”. Get it? Friday’s happy hour entry is at 5:30 p.m. So go get your Ohm on!

The Events Plaza Amphitheater in Henderson on Water Street is, once again, hosting the Aki Matsuri Japanese Culture and Food Festival this month. For one day, on Saturday, October 14th, you can enjoy Japanese entertainment, food, a Mikoshi Parade, culture and a Cosplay Contest with a grand prize of $777 cash and a round trip air ticket to Japan. Admission is free from 11 a.m. until 9 p.m.

Note: They are only accepting 35 entrants for the Cosplay contest. If you are interested, you must e-mail them, since it is first come, first served. See their link for details.

The Lebanese American Festival is hosting its 10th year at the St. Sharbel Maronite Catholic Church (10325 Rancho Destino Rd.) located east of Las Vegas Blvd. and north of Cactus Ave. Admission is $5 per day and free on Friday for veterans, police officers and active duty military with their immediate family. Children under 10 are admitted free each day. There is free parking and the hours are 4 p.m. until 12 a.m. Friday, October 14th and Saturday, October 15th. For Sunday, October 16th they are open from 1 p.m. until 9 p.m.

Lebanese food, including shawarma sandwiches, hummus, spinach pie, tabouleh, and baklawa are being made from scratch by the members of the congregation. There will be much more food, entertainment, dancing, drinks, carnival rides, and games to enjoy throughout the evenings.

So, you’re down on the Strip, out of cash, don’t want to sit in your room or in the sportsbook…it’s a perfect time to take a trip to the Orleans Hotel Arena on Sunday, October 15th and watch the Las Vegas Police K-9 Trials. The arena is huge, with plenty of seating. And there are participants from all over the country for this event. The Trials start at 8 a.m. and admission is free!

The Trials and Awards are comprised of several competitions in Area, Building and street-oriented Searches, Explosives, Obedience, Agility, Handler Protection, and Narcotics, and overall awards are given for Top Agency and Top Dog. It is amazing what these dogs can do!

The LVMPD K9 Unit is comprised of 14 officers, 3 of whom are sergeants, and 17 patrol dogs. The patrol dogs are life-long companions to the officers (handlers) working with them 10 hours a day and staying with them after their shift is complete and throughout the weekends. When the dogs retire they are purchased by their handler for a small fee. The patrol dogs are not sold or given away by the LVMPD.

St. Rose Dominican is hoping to raise $100,000 for their R.E.D. Rose Program, breast cancer support services, by hosting the 9th Annual Rose Regatta Dragon Boat Festival on October 14th at Lake Las Vegas Resort & Marina. The event is free for visitors with the teams raising funds along with an entrance fee. 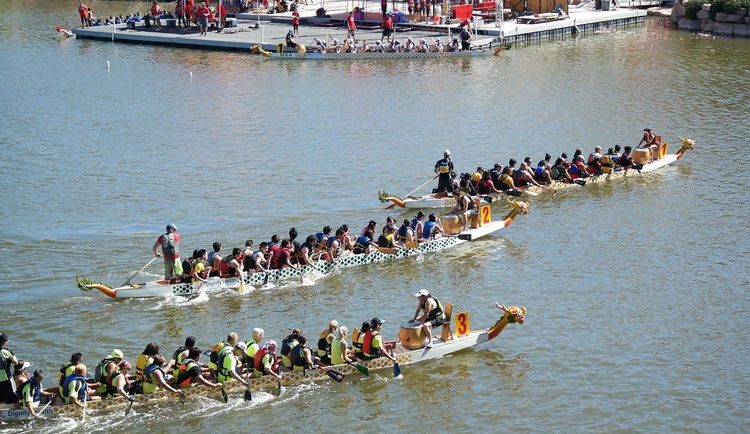 The event runs from 8 a.m. until 5 p.m. Each 20 person team races a dragon boat, basically a flat canoe, which is around 40 feet long, with a drummer at the head of the boat keeping the pace for the paddlers. There will be all-day entertainment as the racing occurs, and there will be merchandise for sale, including hand painted paddle boards. As of 9/20/17, they have raised $88,265! I believe they will achieve their goal, don’t you?

Diamond Jack remembers old Las Vegas when he would visit casino lounges late night or early morning and be entertained by up and coming entertainers who would soon have their names in lights on the giant marquees of the Sands, Stardust, Dunes and Riviera. My favorite spot was the Casbah Lounge at the Sahara. Can’t do that anymore. But I can go to The Sayers Club (old Casbah) at the SLS (old Sahara).and make believe the old days are still here. Listen to Yellow Brick Road, a local group that was originally an Elton John cover band. Today, the group performs hits from Pink Floyd, Journey, Led Zeppelin, AC/DC and other classic rock groups. Admission is $10. Showtime is 9 p.m. And just like the old days, the SLS offers complimentary valet parking services. 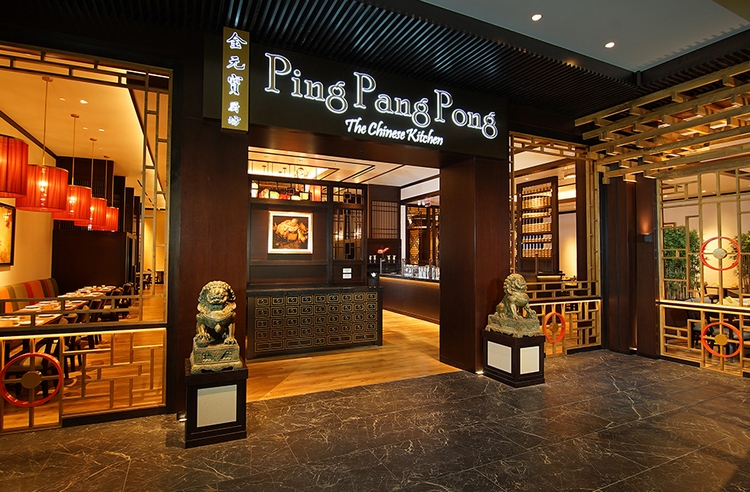 When Diamond Jack yearns for authentic Dim Sum, he heads to Ping Pang Pong at the Gold Coast (702-247-8136), one of the city’s most acclaimed Chinese restaurants. Doubt my word? Travel + Leisure magazine recognized it as “one of the top 10 Chinese restaurants in America.” Its legendary reputation for delicious Chinese dishes starts with Dim Sum daily from 10 a.m. to 3 p.m. Classic pushcarts offer a selection of more than 80 authentic dishes from provinces throughout China. From 5 p.m. to 3 a.m., diners can enjoy a selection of authentic entrees including Lamb Stew Hot Pot, Cantonese Princess Chicken, Crispy Roasted Chicken, Shanghai Noodles, Curry Pineapple Seafood Fried Rice, Classic Cantonese Brisket Stew and Seafood Tofu Hot Pot.

It was bound to happen – the world’s first product line of cannabis infused coffee, tea and cocoa delivered through a single-brew pod. It’s called Brewbudz and can only be found in Nevada. This makes perfect sense, as Americans consume over 600 million cups of coffee a day, not including tea and cocoa. Drinking coffee alone is a ritual that 61% of Americans enjoy on a daily basis. Brewbudz pods work with all Keurig brewers and are available in dispensaries across Nevada. In Las Vegas, the products can be found at Medizin, Blum, The Dispensary, Las Vegas ReLeaf, Inyo Fine Cannabis, Essence, The Source, and Mynt.

Zak Bagans, who hosts the Travel Channel’s “Ghost Adventures” series and with his team investigate the paranormal, will open his Haunted Museum on Monday, Oct. 2, where otherworldly aficionados can see his extensive collection of macabre, bizarre and haunted objects and artifacts. Museum visitors will explore his collection via hour-long guided tours through a 30-room, 11,000-square-foot mansion built in 1938 in the historic downtown Las Vegas district. 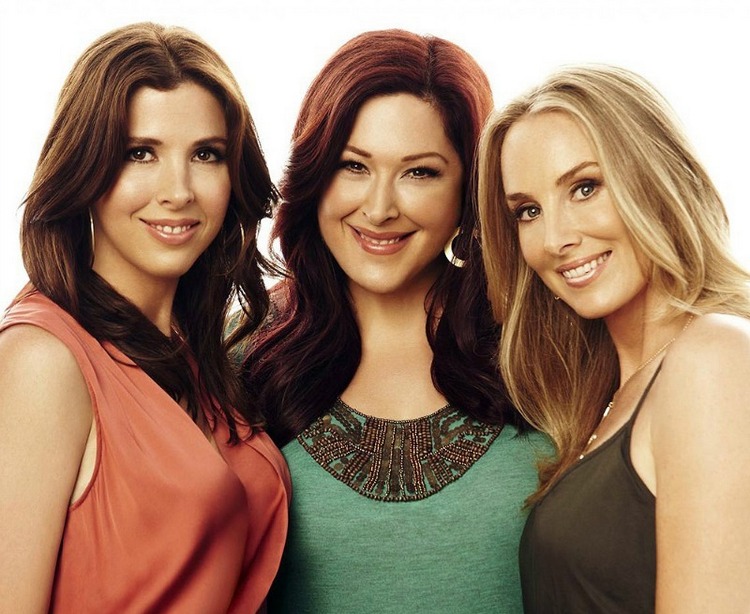 Wilson Phillips will perform at the Henderson Pavilion for the first time on Friday, Oct. 13 at 7 p.m. as part of the venue’s 15 th anniversary. Tickets start at $40.50. The ladies are related to music royalty and have made their own path to superstardom. Chynna Phillips is the daughter of John and Michelle Phillips of the Mamas and the Papas, and Carnie and Wendy Wilson are the daughters of the Beach Boys’ Brian Wilson. The trio burst onto the music scene in 1990 with their debut album, “Wilson Phillips,” which included three No. 1 singles, “Release,” “You’re in Love” and the standout track “Hold On.” 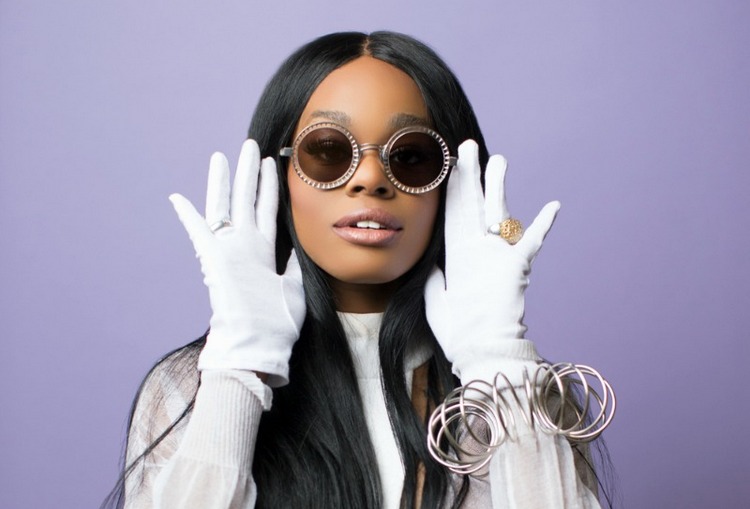 Azealia Banks, Harlem-born singer-songwriter, rapper, actress and “212” singer, will perform at Brooklyn Bowl at The LINQ Promenade on Wednesday, Oct. 25, at 8 p.m. Banks, who doesn’t commit to one genre or even one language, caught her big break in 2011 with House Music-influenced Hip Hop record, “212,” paying homage to her Harlem zip code. She’s known more recently for her hits “The Big Big Beat” and “Esta Noche.” Tickets start at $25 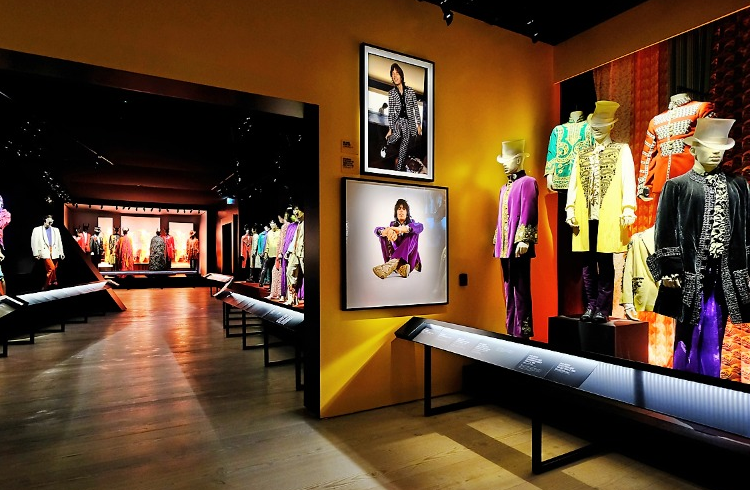 This is the first time the band has unlocked its vast private archive. Large scale “Exhibitionism” includes 500 rare artifacts and memorabilia spanning the band’s 54-year career and is more like an event. The Las Vegas-engagement follows premieres in London, New York City and Chicago.