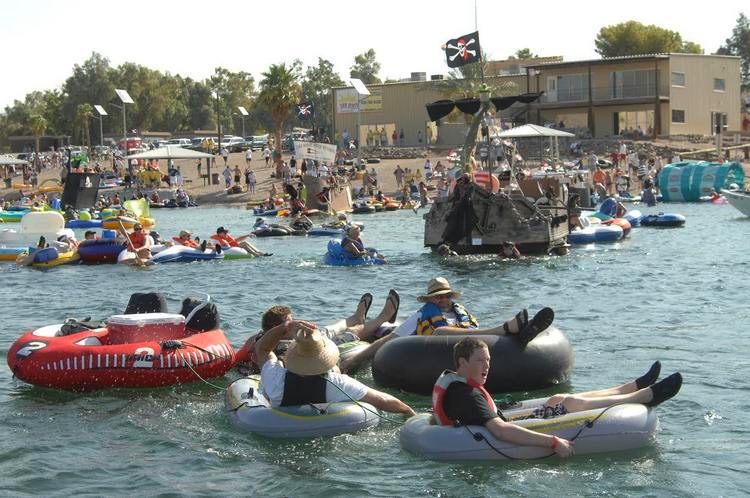 There will be pirates on the Colorado on Saturday, Aug. 13 for the 10th Annual Bullhead City River Regatta, which has a “Pirates of the Colorado” theme this year. This water event attracts thousands of tubers who take to the Colorado River for a two- to three-hour float trip from launch sites on the Arizona side and Harrah’s and the Pioneer on the Nevada side with a launch time at 7 a.m. For information, visit the River Regatta website.

Friday and Saturday nights at the Edgewater in the Inferno Showroom at 7 p.m. are reserved for “Comedy on the Edge” with two different comedians each week. Upcoming comedians include: Aug 5-7 BJ Johnson and Greg Berman; Aug 12-14 Leif Skyving and Jill Maragos; Aug 19-21 Ron Lamprecht and Curt Fletcher; Aug 26-28 Howard G. and Jennifer Murphy; Sept 2-4 Kenny Bob Davis and Tim Haldeman; Sept 9-11 Steve Sabo and Kate Brindle; Sept 16-18 Ron Morey and Virginia Jones; and Sept 23-25 Pete George and Jonathan Gregory. Tickets are $10, and on Sunday veterans get a $2 discount.

Fifteen-year comedy veteran BJ Johnson will appear with  Aug. 5-7. Johnson’s comedy is centered on family and adult humor. He’s performed at The Comedy Store, Yuk Yuks in Canada, Houston Improv, and opened for Darren Carter, Michael Winslow of “Police Academy” fame, Alonzo Boden and Dane Cook. He takes comedy to shows overseas and stateside for the troops at least four to five months of the year.

Leif Skyving is paired with Jill Maragos Aug. 12-14. Skyving began his 24-year career at the world famous Comedy Store in Los Angeles, and has since performed in clubs across the United States and Canada. Skyving’s sharp wit focuses on current topics and vents about whatever happens to be bothering him. He has an “alter ego”
with a dark side, Curt Sudden — a no nonsense kind of a guy who may appear at any time. Sudden plays a mean harmonica, as does Skyving, who has performed with a number of well-known comedians including Howie Mandel, Jimmy JJ Walker, Weird Al Yankovic, and Paul Rodrigues.

You can catch Ron Lamprecht with Curt Fletcher Aug. 19-21. Lamprecht’s comedy is observational about family matters and ongoing battles of life. The eight-year comedy veteran has performed with Louie Anderson, Kira Soltanovich, Bobby Slayton, and Cathy Ladman. He has performed at the Hollywood Improv, The Icehouse, House of Comedy, and can be seen as Norm Adelmen in Maria Bamford’s Netflix series “Lady Dynamite.” A veteran of the USAF, Lamprecht works military shows into his schedule whenever he can.

Howard G. and Jennifer Murphy will share the stage Aug. 26-28. Howard G. broke into comedy in the early 1990s. His credits include performing at “Showtime At The Apollo,” once as an amateur and two years later as a professional. He has also been on Russell Simmons’ HBO “Def Comedy Jam” and BET’s “ComicView.” He has performed for U.S. troops in Kuwait, Saudi Arabia, Afghanistan and Pakistan. Howard G. has opened up for Martin Lawrence, Jamie Foxx, Kevin Pollock, Dave Chappell, Tommy Davidson, Yolanda Adams, The Isley Brothers, The Temptations, and Patti Labelle. 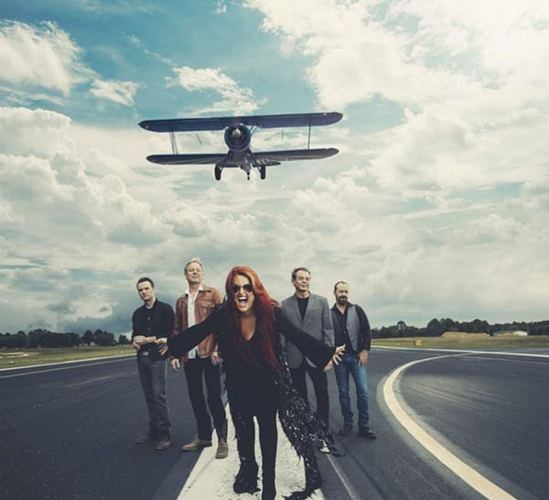 American country music superstar Wynonna Judd will headline at the E Center at the Edgewater with and her band The Big Noise led by her producer husband and drummer Cactus Moser on Saturday, Aug. 27 at 8 p.m. Tickets range from $35 to $85.
Wynonna first rose to fame in the 1980s singing as a duo alongside her mother, Naomi. The twosome released seven albums on Curb Records in addition to charting 26 singles, of which 14 were No. 1 hits.
Wynonna still makes hits and released a full-length album in February 2016 viaCurb Records to critical acclaim. Wynonna has described the new sound as “vintage yet modern” and a “return to the well.” It’s a rootsy work encompassing country, Americana, blues, soul, and rock. Special guests featured on the album include Derek Trucks, Jason Isbell, Susan Tedeschi and Timothy B. Schmit.