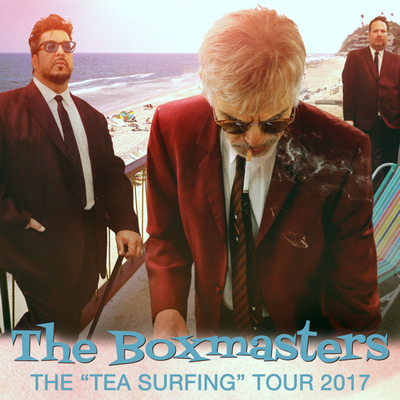 Billy Bob Thornton and The Boxmasters will headline in Don’s Celebrity Theatre at the Riverside Resort April 6-8 at 8 p.m. Tickets are $35.

This April, The Boxmasters are celebrating their 10-year anniversary with their “Tea Surfing Tour.” The group was formed when Thornton met J.D. Andrew in Bellflower, Calif., and discovered they both came to California to make it in the world of electric hillbilly music. Combining this genre with 60’s pop and country rock music, Academy Award-winner Thornton decided to form a band, and they took on lead guitar player Micheal Wayne Butler and formed The Boxmasters.

The 19th Annual Blues ‘n’ Brews Festival will be held on the Riverwalk and the stage at the Loading Dock Bar and Grille April 14-16. This outdoor event is all about great live blues bands, beer and food happening Friday and Saturday from noon to midnight and Sunday noon to 8 p.m. The entertainment is free with featured acts

Dal Con Productions’ 35th Annual Laughlin River Run with thousands of motorcycle enthusiasts will invade the whole town Wednesday-Saturday, April 26-29. As one of the largest bike rallies in the western United States, the annual River Run expects more than 35,000 participants who will partake of special events, music, and heavy duty bike watching and riding. Acres of vendors will be located in the Colorado Belle and Edgewater’s parking lots.

The official Harley Davidson headquarters will be in the Edgewater parking lot with riding demos. The Edgewater will host the Hogs & Heifers Bartainers in the Party Zone Wednesday through Saturday.

of the casino’s main entrance will be a late-night party spot featuring a DJ and plenty of beer.

The American Heroes Charity Poker Run will be held Friday, April 28 from 8:30-10 a.m. The fundraising ride takes in the Old Route 66 and Mother Road Harley-Davidson® Party. It’s $15 for the rider and $10 for a passenger.

The Colorado Belle will host the Early Bird Poker Run on April 27, 28 and 29 starting any time after 9 a.m. and finishing before 3 p.m. The start location is the Riverside Resort Starview Room, the finish location in the Colorado Belle Vendor Area, and the ride goes to the London Bridge and Pirate Cove. Awards pasting will be Saturday, April 30 at the Colorado Belle Loading Dock Grille. 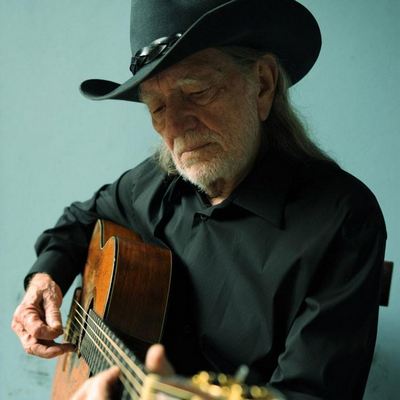 While all the bikers are visiting Laughlin for the annual River Run, country music legend Willie Nelson and Family will appear in concert at Harrah’s Rio Vista Amphitheater with country musician and songwriter Steve Moakler on Friday, April 28 at 8 p.m. Show tickets range from $45.50 to $91.50.

Nelson was inducted into the Country Music Hall of Fame in 1993 and received the Kennedy Center Honors in 1998. In 2011, he was inducted to the National Agricultural Hall of Fame for his labor in Farm Aid and other fundraisers to benefit American farmers. In 2015 Nelson won the Gershwin Prize, the lifetime award of the Library of Congress. The country singer-songwriter known for hit songs like “Crazy” and “On the Road Again” was included by Rolling Stone on its 100 Greatest Singers and 100 Greatest Guitarists lists. He rose to prominence at the end of the 1960s and contributed to the “outlaw country” subgenre. He will turn 84 on April 29.