Lately I have been rediscovering the area around my home.

In September, a few friends and I decided that we would take the rocky, bumpy road from US 395 at the Leviathan Mine turnoff to the hot springs near River Ranch on the East Fork of the Carson River. 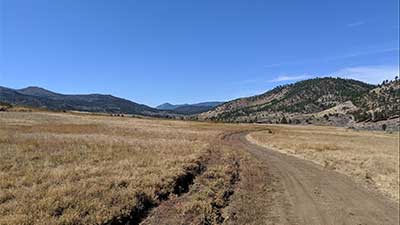 It was a beautiful late summer/early fall day, and this was a leisurely trip of only 25 or 30 miles — not a marathon 75+ mile run that I have been doing lately.  Thus, we were able to meet at the staging area for a ‘crack of ten’ departure.
In the parking lot was a young guy (everbody under 40 is a young guy in my book these days) and he was hauling a side by side machine.  I asked him if he was riding and he informed me that he was waiting for his friends and they had camped at the Hot Springs that night. He said that there would be at least 20 Jeeps and trucks and UTVs coming up the rocky crappy road. He said that they had a high school reunion of sorts that night. 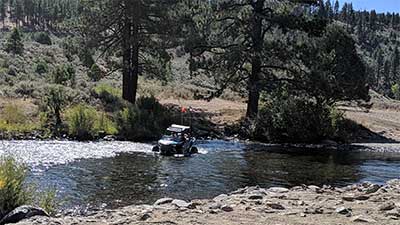 It doesn’t take much to figure out that 50 or so 20-somethings on an overnight camp meant only one thing — party.
True to his word we encountered vehicle after vehicle, each one carrying an average of three people. Just for fun, I stopped and as they each passed by and said, “Hey, if you have a hangover, raise your hand!” About 80% did it.
One guy said to me, “I don’t get hangovers.”  My response was “Enjoy it while you can.  Your day is coming!” 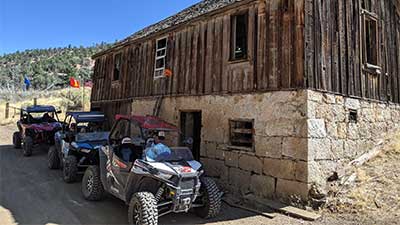 River Ranch is an old ranch along the river.  At one time, it had some really beautiful irrigated fields.  However, just up Bryant Creek sits the Leviathan Mine.  Extensively developed by Anaconda Copper, the Leviathan was a sulfur mine.
There is a long story here but it’s now an EPA Superfund clean-up site with work being done every year.  There seems to be no end in sight.  Unfortunately, it turned River Ranch into a place that once was but is no longer.  The soils are contaminated. But it is still a pretty place on a nice day. 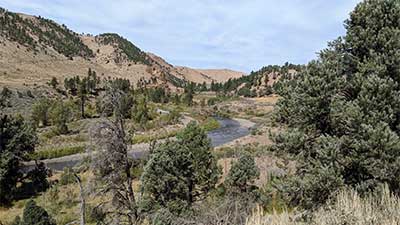 We arrived at the Hot Springs about noon.  We were hoping for the best but expecting the worst.  The “20-somethings” did a pretty good job of clean up except for one of their fire pits which still had embers and that one was littered by some plastic water bottles and a broken chair.
We used the water bottles to fill up with water and finished dousing the fire. We collected the remaining trash and I strapped the broken chair on to my rig. We finished the clean up. I’m not condemning anyone considering how many people were there and what they were doing but the fire thing was a little irresponsible considering that wind gusts to 35 were predicted for the afternoon. 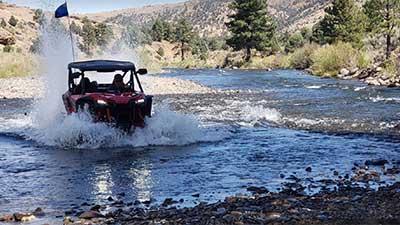 We had a nice lunch alongside the river.  It was a true Nevada Blue sky (even though we were in California-barely).  And then we motored out the way we came in.  One of our party was looking at a 7-hour drive that afternoon so it was prudent to just head back to the trucks.
I was home at an early hour so I decided to go see my favorite Picon bartender at the Heyday Inn in Wellington.  Thanks Brandy, you make a mean picon.
―advertisement―