While most attention has been paid recently to the ongoing destruction of the Virginia City National Historic Landmark, another historic Comstock landmark has been severely damaged as well.

Having failed to obtain a gaming license, the Delta Saloon has also lost its liquor license.

This distinguished gathering place in the heart of Virginia City was established in 1863, prospered mightily during the bonanza years and survived the long decline since. It was owned and operated by Dominic Petrini when he moved from Hawthorne to Virginia City in the 1940s, and by his son Angelo since Dominic’s retirement. It was the preferred watering hole of Lucius Beebe and his St. Bernard T-Bone Towser. The historic establishment was recently sold, along with the Bonanza Saloon and Cafe across C Street, to Vincent Malfitano.

But Mr. Malfitano was denied a gaming license by the Nevada Gaming Commission after a background search turned up disturbing evidence of rank personal and fiscal misbehavior. The Storey County Commissioners — two of whom are also C Street saloonkeepers — denied liquor licenses to both establishments, and denied the Bonanza a business license altogether because of building code violations in the building. Both properties are now padlocked.

It was illuminating to see how strict the commissioners can be with a business competitor, compared with the way they have granted the mining company free rein to do as it pleases. When the company boldly Trespassed on the public right-of-way without a permit, the previous Commissioners tore up the SUP and let them run their trucks on the public highway. When the company was caught installing non-permitted air quality equipment and fined a quarter million dollars by Nevada Department of Environmental Protection, the Commissioners acted as if ‘boys will be boys’ and ignored it.

As if to emphasize how much money trouble it’s in, on October 19th CMI posted its 3rd Quarter Form 10-Q with the SEC showing a Net Loss of $4,307,358 in the quarter. Simultaneously the company announced its fourth (or is it its fifth?) public stock offering since it changed its name from Plum Mining.

CMI stock is selling for less than half what it was when it was first offered, and it is well documented that CMI has posted 20 consecutive quarters of furious effort without making a dime Still, Storey County has never required CMI to demonstrate that it can afford to carry out any of its ambitious plans. When it comes to physically tearing the county to pieces, golden promises are enough. As noted on the CMI message board: “The Company had an accumulated deficit of $193.1 million at September 30, 2015. For the three month period ended September 30, 2015 the Company realized net loss of $4.3 million and generated $0.4 million of cash provided by operations. As of September 30, 2015, the Company had current assets of $5.1 million (including cash and cash equivalents of $2.5 million) and current liabilities of $12.8 million.”

To that the Commissioners are oblivious, but when they decided that the Delta Saloon was a bad risk without slot machines, they cut Malfitano down without a qualm.

Mr. McBride said, “I have to look out for the well-being of Storey County residents.” No-one laughed.

Now Mr. Malfitano is suing the County, asserting that the Commissioners’ actions in the matter were arbitrary and capricious and not based on the county ordinances ruling Liquor Board decisions. He says they expressed clear animus toward his non-gaming plans for the Delta and acted against him out of pure animosity. He points out that the debate over his suitability for a liquor license centered on information presented at his Gaming Control Board hearings about tax liens, loan defaults, foreclosures, lawsuits, and other unsavory personal aspects of Mr. Malfitano’s history. None of these considerations are mentioned in the county liquor licensing ordinances (Section 5.04.010).

He also noted that a liquor license was granted to the Storey County School District for Piper’s Opera House with no discussion of finances. Commissioner McGuffey spoke up at the meeting to say that the School Board is a non-profit public agency wanting revenue to restore Piper’s, while Mr. Malfitano is a private citizen without such high-minded aspirations, as if motives matter where finances are concerned.

Sheriff Antinoro’s background check turned up no criminal convictions of Mr. Malfitano, whatever his personal or financial failings, and as a member of the Liquor Board he voted to grant the licenses.

No-one can say what background checks of Corrado De Gasperis and John V. Winfield might turn up (well, there’s this), but as the next item on the agenda demonstrated, the prostitutes at Mustang Ranch are scrutinized more closely than the executives of a chronically underfinanced company with inexperienced management pit mining in a National Historic Landmark that is also a Mercury Superfund site adjacent to communities with hundreds of residents. What could possibly go wrong?

The answer to that question can be found in the history of the project over the past five years. But neither CMI’s utter lack of profitability, the violations mentioned above, nor the collapse of the highway have dampened the Commissioners’ ardor — they show up for every free meal and photo op and join in the jubilation with high fives all-around. 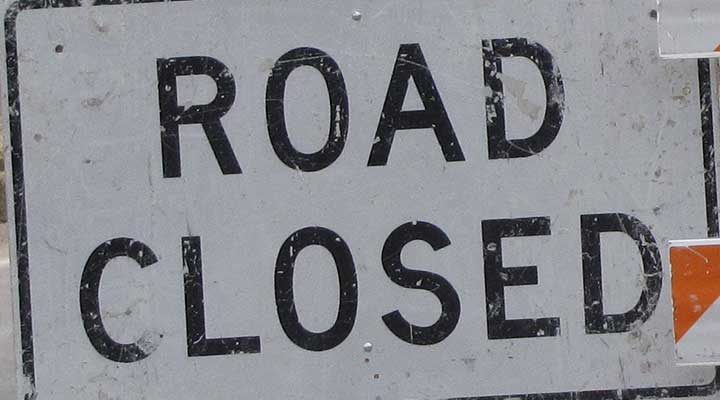