Having completed the unprofitable five year fiasco of the Lucerne Pit — with the Grand Finale of collapsing Highway 342 into it — Comstock Mining Inc. (or is it LLC?) laid off most of its employees and went underground where it immediately ran out of money again. 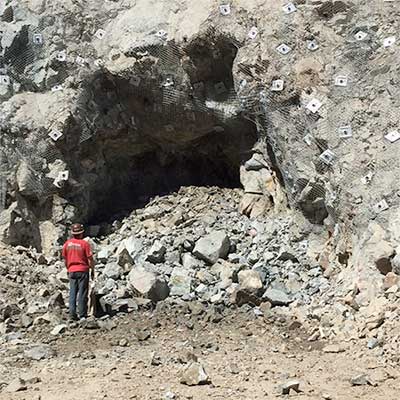 And so on December 31 2015 the company announced its intention to float another stock offering — this time for as much as fifty million dollars.

Then, in the quarterly conference call, CEO Corrado De Gasperis declared it would take some six months to complete preparations for productive mining underground. That represents six months of considerable expense with no appreciable revenue. But that expense was mitigated by an agreement between CMI and ATM, its tunnel drilling contractor, to pay the cost of creating the underground workings with CMI shares valued at 56 cents per share. The Company agreed to issue up to 9,000,000 shares of common stock in exchange for $5,000,000 in mine development services. This agreement can be cancelled at any time but as far as is known it is still in force and the contractor must hold its shares for six months before disposing of them.

But what does it mean? CMI stock is hovering around 40 cents a share in the market. Who will buy the contractor’s shares at 56 cents?

And if the agreement is cancelled, what then? Is AMT still bound by the prohibition against selling the shares before six months is out? Can it sell at any price? If the agreement terminates, then any CMI shares AMT holds are payment for services already rendered, so how could CMI enforce the restriction against selling before six months are up? With no agreement in place, wouldn’t AMT be free to sell its shares any time it saw fit? Sounds like a job for some expensive lawyers to enjoy.

CMI submitted its annual 10K report for 2015 to the Securities and Exchange Commission on January 28, revealing a loss of $10,454,427. And so the zeroes continue to proliferate as the company begins its sixth year without even a single quarterly profit. 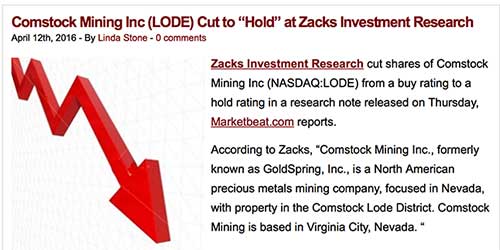 In a May 10 2016 8-K filing, the company made a completely unexpected announcement: CFO Judd Merrill was gone and not only was Corrado De Gasperis taking over his role, he and a few others were taking a 20% pay cut. In Merrill’s case the cause of his departure is easy to guess: there is nothing left to count. But Corrado De Gasperis taking a pay cut was unprecedented. For that to happen the situation must be dire. Dire but still capable of drawing breath (in the corporate sense) and 80% of $320,000 isn’t peanuts.

And while CMI is paying the cost of underground mining development with paper, it is selling some of the Gold Hill residential properties purchased from Bill and Carol Fain for the cash to pay Corrado’s salary among other pressing obligations. 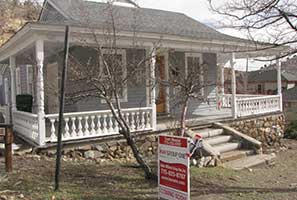 Selling off assets is the dry land equivalent of the steamboat captain breaking up the furniture and feeding it into the boilers to keep the paddles turning.

And because the unauthorized closing of a state highway is a felony in Nevada, I had filed a criminal complaint with the Storey County Sheriff’s Office when the road fell in, naming CMI as chief suspect. The investigation petered out when, as deputy Francone told me, he was stonewalled everywhere he went for information, including the Storey County Court House.

That reduced the Highway closure to a ‘cold case’ and of no further interest in Storey County — or anywhere else in Nevada government, as it turned out. The state Mining Oversight and Accounting Commission, several of its seats unoccupied and in danger of losing its quorum altogether, is supposed to be the state agency that minds all the activities of mining companies in Nevada but it can only subpoena state employees to testify and can’t compel a private company like CMI to come in and come clean.

Small wonder its meetings are mostly pro forma and happychat, conducted with perfect decorum (at least since the regrettable incident when a Silver City resident lost her temper and launched a stirring string of coarse and inflammatory curses before storming out ahead of the bailiffs) but can only see to it that papers are filed on time and reports properly submitted.

A Freedom of Information Act request for files and correspondence relevant to the road closure from the Army Corps of Engineers, NDOT, NDEP, MSHA and Storey County. resulted in a mountain of electrons gathered from these public agencies, and so far not a single one of them has been found to contain a comment on the cause of the collapse. The topic is not discussed, not even mentioned. Not a peep.

Yes, something caused the roadway to collapse, but once CMI agreed to pay for building a new road on solid ground, no public servant showed any interest in finding out who or what it was. Not My Job.

If CMI dug the pit too close to the well-known fragile 19th century workings beneath the state highway and caused its closure, either on purpose or through negligence, it committed a felony and interfered in a major way with the lives and livelihoods of the residents of the surrounding communities.

Is it okay for someone to commit a felony in plain view without consequence?

In other legal news, the lawsuit over Lyon County Commissioners using their private email accounts to conduct public business should be decided soon. But whether Judge Kosach rules in favor of the County officials or the citizens who have challenged their evasion of oversight, the losing party will almost certainly appeal to the Nevada Supreme Court.

It doesn’t seem likely that CMI can survive until the Supreme Court decides the case; a cut in Corrado’s pay is hardly a solution, more like an omen. Perhaps its legacy, apart from the already crumbling Lucerne Pit, will be a prohibition against county officials using their personal telephone and email accounts for public business. The CMI statute, a pillar of honest government.

Wouldn’t that be ironic?