To the Beginning of a Beautiful Friendship: Downtown Carson City’s Adams 308

“Louis, I think this is the beginning of a beautiful friendship,” is the line that runs through my head when I think about the marriage between the Hop & Mae Adams Foundation and the new and improved downtown Carson City.   Hop and Mae owned and operated the Nugget Casino in downtown Carson City. Preceded in death by her husband, and having no living heirs, Mae set about creating a path to fulfill her dream “to see her family’s work protected, preserved and set aside for the benefit of Carson City,” according to the Adam’s foundation history.  She was particularly passionate about offering educational opportunities, economic development and getting the community engaged in downtown.

The evolution of life is such that people change and morph throughout it.  As life pushes in most of us push back, creating a balance and ultimately growth.  Small towns are much the same, as we are all experiencing in downtown Carson City currently.  Carson City is creating its own new era of charm with a layering of urban edge walking side by side with our historical Victorian Era and finally mingling with specks of the old Wild West.

Local business folk in and around the 308 Curry hub are excited about the moment the dust settles and the community can fully enjoy the downtown improvements.  “We’re really excited about the building project, we anticipate a lot more visitors. I just love the addition to downtown, more restaurants and housing,” said Valerie Cauhape, Business Development Manager for Adam’s Hub, who is a huge fan of Basque food and looks forward to the addition of Martin’s Basque Restaurant.  “It’s not so good for my waistline, but always good for my soul.  I excited to have it nearby so I can take that time to enjoy it with my family.  Basque dining is all about taking time to enjoy the experience with loved ones and family and those who become family.”  Known to locals and Nevadans at large, Martin’s is touted as one of Nevada’s best Basque Restaurants.  The original is located at The Maritn Hotel in Winnemucca and was established in 1898. The chat throughout the Northwestern Nevada region is buzzing with anticipation for this welcome addition to downtown.  Speaking of the Adams Hub, it is an incubator for small start-up businesses and is also an offspring of the Adams Foundation, in addition to the improvements made to the Union Restaurant across the way from them.

It’s not just a boon for locals and the increase quality of life here in Carson City, but speaking as one who has always held a touch of adoration for this quaint little town, it is a lovely place to get away from it all.  A visit to Carson as an out-of-towner for years, was always an escape from the hectic pace of my work-a-day world. The art and music scene has dotted my calendar since before anyone had smart phones or digital calendars. When our grown kids were young I had put the concerts on the green at the Nevada State Capital, and Brewery Arts classes as well as earthy performances at the Comma Coffee on the big flippy pages with the numbered grids we all used to know and love.  Now, what might surprise you is that we lived in the foothills of Northern California. But getting back to Nevada, where my family holds much of their history, made life sweet on hot summer days.

The 308 Curry project, or as it has been nicknamed, Adams 308, is located in the heart of downtown Carson City.  Built on the site of the iconic Citibank, it is designed as a multiuse property, with ten apartments, 22,000sf of business office space and 4000 sf of basement storage space.  The basement is the only part remaining from the original Citibank building. The original Citibank building occupied the 308 Curry Street block cornered by Telegraph. Built in 1964, the building was several levels and a grand total of 22,000sf.  Fast forward to May of 2014 when the Hop & Mae Adams Foundation invited the community in to guide them in the planning a design process before launching in to full on planning and building this mammoth project spanning an entire block just one street off Main Street – aka Carson Street.   Nearly 180 area residents attended and voted on the design, the winning design received 84% of the votes. Some of the feedback offered by residents at that meeting included: “Beautiful design … keeping with the historic look” and “This IS Carson City.”

More information on the Adams Foundation can be found at http://www.hopandmaeadamsfoundation.org.

Most of the business space has been spoken for with only 4,000 sq.ft. remaining.  Currently, the businesses who will soon call 308 their new location are Lumos Engineering, Prime Lending, Edward Jones (pending) and of course, The Martin Restaurant.  Several of the apartments are 2000+ sq.ft., with the seven remaining weighing in at between 1100-1400 sq.ft. 308 Curry is “good for downtown,” says lead contractor Dave Bartosz. “Right now, we have a ton of interest in it, the building is nice looking,” he continues, explaining that is a large part of the draw.  Bartosz has been a Carson City resident sin 1978 and feels that this project will be very good for downtown Carson City. While it’s estimated that the outside will be completed by late July, they will still have tenant specific modifications to complete on the inside. Their closest guess on getting the apartments complete enough to show and rent is estimated for some time in September.  Full build out should be complete by October 1, 2018.

“Carson is really a jewel, it’s a gem that’s undiscovered by a lot of Americans,” says Steve Neighbors who heads the Hop and Mae Adams Foundation.  “We believe that, based on studies how a downtown goes, so goes a community.”  Neighbors continues to point out that without a strong downtown any small town can become a bedroom community.  Carson City is uniquely positioned to draw much of its economic strength from the surrounding communities. With the Highway 50 bypass to Lake Tahoe the tourism and traffic to the downtown area has declined.  Neighbors works to study the impact of various factors on the local economy and then create solutions that align with Mae Adams original vision to support and grow education, the local economy and community strength.

He guided the foundation towards starting what they call the “Road to the Future,” which is an event held the Friday before Nevada Day each year where all the local businesses and the charities come together on the Friday before Nevada Day to come together in an effort to get to know each other and find ways to work together, as well as engage the local community in activities and visiting downtown businesses.   Attendee get a passport book to get stamped for visiting businesses, while they enjoy local live music, great company and the beautiful Carson City downtown.

Carson City is a wonderful hub for happenings, as well as being ideally located in the center of the “Bermudiful” Triangle — Lake Tahoe, Reno and Virginia City.  For a list of local events go to Carson City Culture and Tourism Authority at http://visitcarsoncity.com. 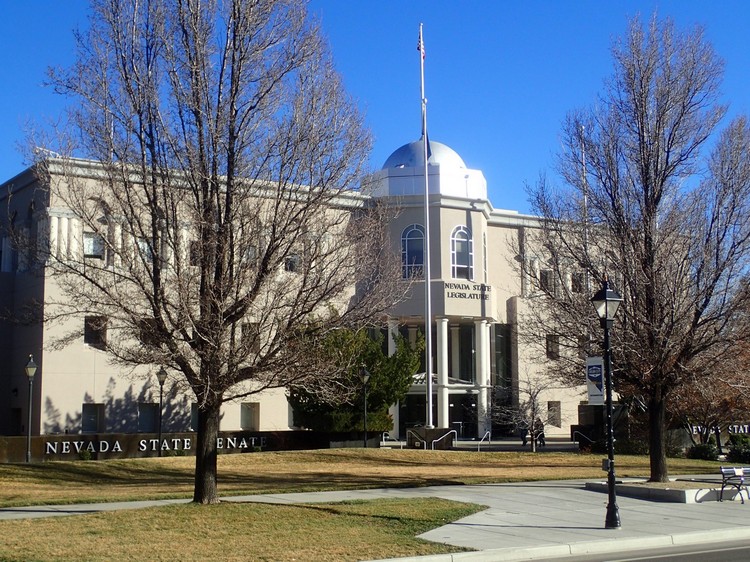