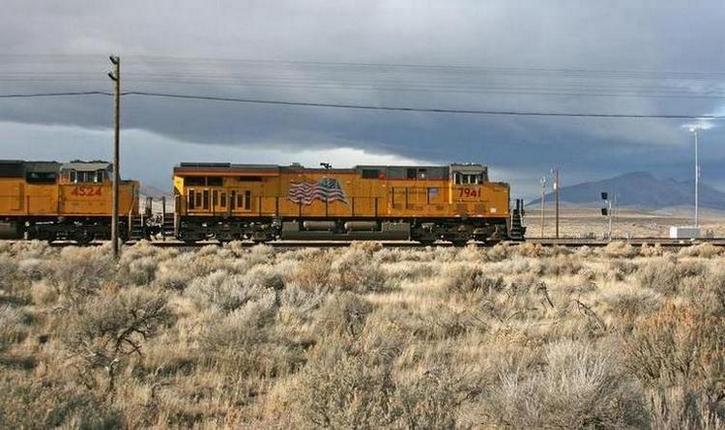 This month’s railfan dispatch is all about watching trains in Weso, Nevada.  Wait, where?

If you try locating information about Weso on the the internet, you will be hard pressed to come up with anything substantial.  If you are lucky, you will find a map with a tiny dot marking Weso just a few miles northeast of Winnemucca.  That will be about all, as Weso has largely receded into history.

Despite its obscurity, Weso is a very significant location for railroading in Nevada, undoubtedly one of the top ten most important railroad locations in the state.  Weso is where the Western Pacific Railroad’s Feather River Route converged with the Southern Pacific Railroad’s Overland Route.   Both routes connected the San Francisco Bay area with Salt Lake City, but took quite different paths over the Sierra Nevada Mountains.  Their paths met at Weso after crossing the mountains and ran more or less in parallel the rest of the way to Salt Lake City.

In one of the most unlikely developments in railroad history, the two railroads agreed to share their tracks between Weso and Salt Lake City to allow directional running by trains.  Eastbound trains headed toward Utah ran on the Western Pacific’s Feather River Route tracks and westbound trains going to California ran on the Southern Pacific’s Overland Route tracks, an almost incredible display of cooperation between the two railroads.  Throughout United States history, railroads have tended to be quite ruthless when dealing with each other, so this cooperation was quite a departure from normal practices.  Heavy rail traffic generated by industrial operations during World War I and government interest in expediting rail operations in the west at that time were significant factors in the establishment of trackage agreements between the railroads which continued after the war, despite the slowdown in traffic after hostilities ceased.

The Union Pacific Railroad bought the Western Pacific and the Feather River Route in 1983, and then it purchased the Southern Pacific and the Overland Route in 1996.  After taking control, the Union Pacific retained the directional running practices established decades earlier, and at Weso, you can still watch the westbound trains get routed to Sparks via the Overland Route, or into the Feather River Canyon.  Likewise, you can see eastbound trains mostly get placed on the former Western Pacific tracks for the run from Weso to Salt lake City.

To visit Weso, Take I-80 to Winnemucca and exit on the east side of town at East Second Street. Take East Second Street in a northeasterly direction, and you will soon see both sets of tracks closing with the road, the Feather River Route on the left and the Overland Route on the right. After a mile or so, the tracks will be about 100 yards apart, with the street in between them.  The tracks will continue to close to within about 50 yards of each other, and then the street will make a 90-degree turn to the left.  This is a good spot for railfanning, as you can observe both sets of tracks from short range.

You can also cross the Feather River Route tracks on East Second Street, then the street will make a 90-degree right turn and closely parallel the tracks for about a mile.  You can stop abeam the switches which route the trains from one set of tracks to the other and watch the trains pass by. The new switches at Weso allow trains to change tracks at 50 miles per hour, and it is something to watch.

Because trains for both routes pass through Weso; you can see more rail traffic there than along either route. So, you may never have heard of Weso before, but if you like trains, it is certainly worth a visit.

We would like to take a minute to remind you of the Christmas holiday trains that excursion railroads are running around the state during this Christmas season and invite you to go for a ride aboard one of the trains with your kids to go see Santa.  We talked extensively about the holiday train rides in last month’s railfanning dispatch, a link to it is HERE.

These rides can be had in Carson City, Virginia City, Ely, and Boulder City.  Everyone loves the train rides, especially the kids, and we suggest you make a holiday train ride part of your Christmas traditions.

Once again, best wishes for a joyous holiday season and a prosperous 2016. 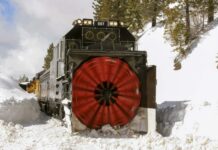 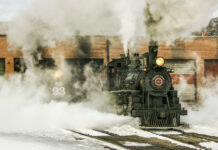 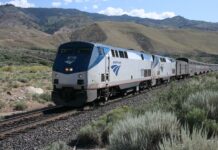