It’s been three years now since Discovery Park became a park, and during that time the park has become a hot spot for birding.

“The amount of birds in this area is growing every year,” says Carol Cantino, President of the Pahrump Chapter of the Red Rock Audubon Society. 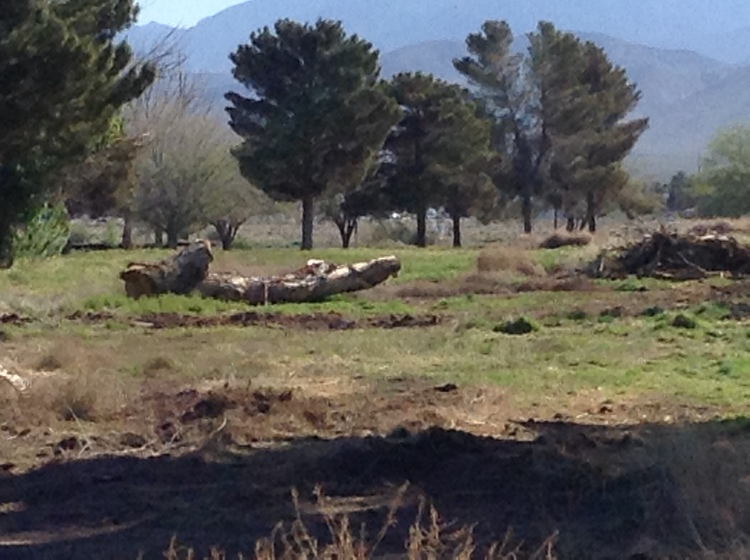 The park is pretty much unlike any park in Pahrump because of its origins. In 1976, it was  established as a golf course known as Willow Creek, Then, due to the recession, it closed in 2008 and abandoned.The land was auctioned off in bankruptcy court and bought by Great Basin Water District. A community park was then established. Unlike other parks in Nye County, this park is a private park designed and built by the community.

The water district turned the park over to a group of citizens for development. Meetings were held nearly four years ago to see if different community organizations would be interested in funding the development of the park.

Deborah Woodland, Great Basin Water conservation coordinator says work has been slow but that various volunteer groups throughout the community have donated hundreds of hours to the park. One of the groups that has taken interest in the park is the Red Rock Audubon Society. The group used grants, donations and volunteer efforts to turn the land into a birding paradise.

One of the things they did was to take advantage of the free recycled water that the water district has provided, using volunteers and grant money to restore some of the older trees. Volunteers have also worked long hours to restore the golf course’s irrigation ponds and irrigation. In addition to the volunteers, many residents have donated hours of work to beautify the area and fix irrigation around their houses to help out in the effort.

Richard Cantino, married to Carol, worked the golf course when it was operating. He has been key in getting much of the irrigation operational again.

The ponds have been seeded with aquatic plants and are a huge attraction for native wildlife, especially birds, who naturally seek out sources of water in the hot summer months.

The Audubon Society has also set up old donated power poles from Valley Electric Association for raptor roosts. Deborah says the many raptors that migrate through to the area during the different seasons use them a lot. She says there even have been sightings of Bald Eagles using them.

Other projects that the birders have worked on include: an oak grove, restoring cart trails, installing benches, planting native plants, a pine grove, and establishing a pollinating garden.

All these efforts have increased the bird population, and according to Carol  there are 176 bird species that frequent the park.

“We thank Darlene Feener for her efforts,” says Carol. “She is the closest thing we have in the area to a professional birder and is responsible for identifying the majority of the birds counted at Discovery Park.”

The park is rapidly becoming a known as a birders paradise, with hundreds of people taking advantage of the hundreds of other species that flock to Discovery Park (click here for directions) during annual bird migrations. Also check out the link for times of free guided bird walks available on some Saturdays in the mornings.