Lionel Young will be performing on June 2. His Lionel Young Band, winners of numerous awards for best in and around the Colorado region, won the 2011 International Blues Challenge (IBC) band competition. Adding Young’s victory at the 2008 IBC in the solo-duo category, he became the first double champion in the history of the IBC. Fans of the driven, classically trained Young enjoy his distinctive brand of blues on the electric violin.

Rod Piazza will appear on June 9. At this point in his career, Piazza has been recording since he started as a leader in 1967 fronting The Dirty Blues Band, has won multiple W.C. Handy Awards with his current band The Mighty Flyers, and made countless appearances both live and on record with legendary blues figures. Piazza has set a standard for harmonica virtuosity that has established him as one of the most influential living blues harp players. The core of his band has been together for more than three decades.

Bex Marshall will be performing on June 16. UK British Blues Award winner Bex Marshall’s unique style of guitar playing is a combined technique of slide, blues rock, ragtime and roots pickin’. Her voice is a powerful melting pot of old black woman’s heartache and rock diva soul. Bex is a writer of distinction and notability, she pushes the boundaries of blues, her songs have been called timeless, touches of genius, and now with anything up to a 7 piece band, she is literally a musical tornado. Bex Marshall was nominated to the top three in Best Solo/Acoustic Artist 2015 in the European Blues Awards and won an award at the UK’s Blues Awards 2013 for Best British Blues Vocalist and album.

The Edgewater Is All About Comedy Every Weekend

“Comedy on the Edge” at the Edgewater every weekend books two different comedians in the Inferno Showroom. Upcoming comedians include: June 3-5 Manny Hernandez and Courtney Scheuerman; June 10-12 Danny Martinez and Phil Johnson; June 17-19 Tamer Kattan and Ricky Reyes; June 24-26 Anthony Padilla and Mike Vitiello; July 1-3 Jimmy DellaValle and Jeremy Wieand; and July 8-10 Randy Lubas and Olivia Harewood. Shows are Friday through Sunday at 7 p.m. Tickets are $10, and on Sunday veterans get a $2 discount. 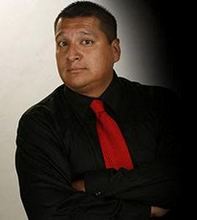 Manny Hernandez is paired with Courtney Scheuerman June 3-5. Hernandez is also a 20-year veteran of the comedy circuit having honed his craft since age 18. His material is built around family and life observations. Hernandez has performed in major comedy clubs and with Paul Rodriguez, Jamie Foxx and Eddie Griffin. He has traveled to many military bases to perform for U.S. troops and been a regular on TV, appearing on “Que Locos,” “Loco Comedy Jam,” “Latino Laugh Fest,” etc. 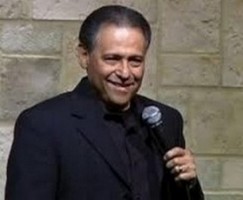 Danny Martinez will share the stage with Phil Johnson June 10-12. Martinez’s observations about family, wife, kids, mom, and TV have kept him in jokes for more than 30 years. He has worked with other comics such as George Lopez, Paul Rodriguez, the Smothers Brothers and Rodney Carrington, worked on TV and at a number of major comedy clubs throughout the country.

Tamer Kattan and Ricky Reyes will provide the laughs June 17-19. Kattan’s material is pretty much adult in nature, satirical, and with some political commentary. This Egyptian-born American was born into a family of Muslims, Christians and Jews, leaving him incredibly comfortable in the uncomfortable and an outsider. From schoolyard bullies to an abusive father, comedy became his underdog weapon. He’s now an award winning international comedian with TV and commercial credits in the United States and United Kingdom. Kattan has a deep understanding of the human condition. He was featured on Seth Rogen’s Hilarity for Charity event with Todd Glass and Hannibal Buress, won the 2015 World Series of Comedy and has many TV and radio credits. 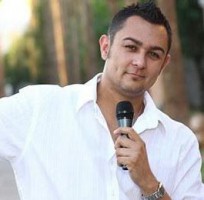 Anthony Padilla is with Michael Vitiello June 24-26. Padilla tells everyday stories about life with a bit of edginess and interacts with the audience. He was Louie Anderson’s opening act for a year in Las Vegas and worked with Bobby Collins, Steve Rossi, Jim Florentine, Grandma Lee, and Rachel Feinstein, among others. He headlined his own show for three years in Las Vegas. Padilla currently hosts his own podcast “The Chips and Salsa Podcast,” has appeared on “American Restoration,” and performed multiple times on the late night talk show “The After After Party with Steven Michael Quezada.”

Special Events in the Offing 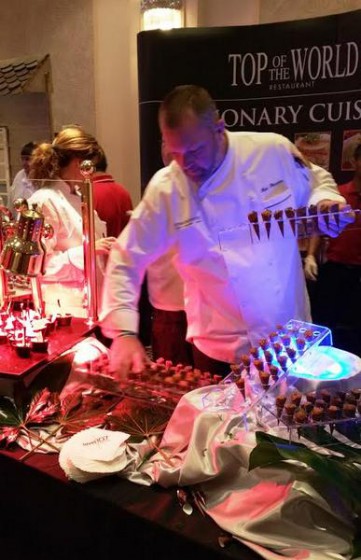 The annual Chefs Food Fest will be held Thursday, June 9 in the Aquarius Ballroom at 5:30 p.m. This community event has casino food and beverage departments, local restaurants and spirit/wine distributors going all out to impress judges and attendees with their best food and creative displays. Guests get to sample all that is available at this fundraiser for River Fund, Inc. Tickets are $50 and sell out quickly, call the Laughlin Chamber of Commerce at 702-298- 2214 or visit the office at 1585 Casino Drive.

Another local fundraising event will be held Friday, July 15 at 6 p.m. Fiesta! is an annual margarita making contest for on the rocks and blended categories presented by Western Arizona Regional Medical Center with 100 percent of the proceeds benefitting Boys & Girls Clubs of the Colorado River. Tickets are $25 and $30 at the door; call 928- 763-1411 or visit clubriver.org for advance tickets or information.

The next Tom & Sharon’s Dance Party happenings will be held in The Karoake Dance Club at the Riverside on Saturdays, June 4 and 25 from 1:30-4 p.m. Dance moves go from swing and country to ballroom and Latin. There is an admission fee. Call Tom and Sharon Craddock at 928-444- 4067.

Another International Gift and Craft Show will be held at the Edgewater in the Taos Room June 18 and 19 from 10 a.m. to 9 p.m. This show will again have vendors with a wide range of items, plus home decorations, candles, picture frames, keepsake boxes, and more.