Well known now as Miley Cyrus’s dad, Billy Ray Cyrus has been a multi-platinum selling recording artist for years and has scored a total of eight Top 10 singles on the Billboard Country Songs chart and has charted 34 singles. He will headline the E Center at the Edgewater on Saturday, Aug. 12 at 8 p.m. Cyrus has also achieved international success as a songwriter, entertainer, actor, writer, executive film and TV producer, and philanthropist. 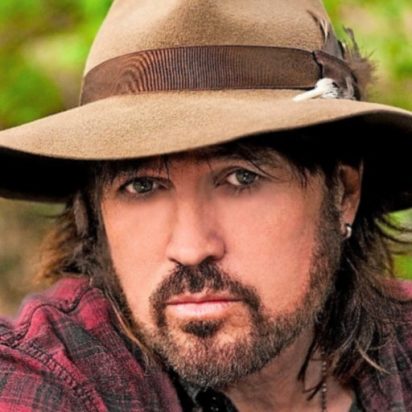 Cyrus was born in Flatwoods, Kentucky. His father Ron Cyrus was a steelworker and became a state legislator and head of the Kentucky AFL-CIO. He spent 21 years in the Kentucky House of Representatives before retiring in 1996. Ron Cyrus was also an accomplished singer in the Southern gospel  quartet, The Crownsmen, where  young Billy Ray first felt the power of harmonies. His mother played piano, and his maternal grandfather the played  the fiddle. Music runs in the family.

Cyrus made history with the debut of his studio album, “Some Gave All.” The album hit No. 1 on the Billboard album charts, where it held the position for 17 consecutive weeks and set a record as a solo male artist. Throughout the early 90s, Cyrus had a string of releases off the album that bulleted up the charts, including the unforgettable “Achy Breaky Heart.”

When Cyrus began acting he landed a role in David Lynch’s “Mulholland Drive” in 2001 and followed with the lead role in a cable television series, “Doc,” playing Dr. Clint Cassidy.

Air Supply To Perform at the E Center 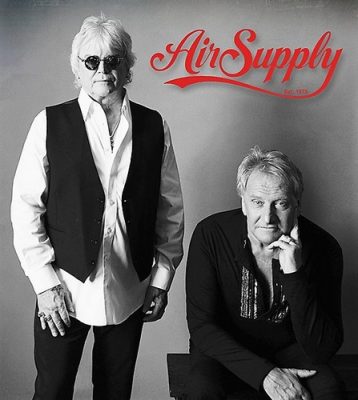 Graham Russell and Russell Hitchcock, who together are Air Supply, will headline the E Center at the Edgewater on Saturday, Aug. 15 at 8 p.m. Ticket range is $25 to $159.

The famous duo met back in 1975 on May 12 at the first day of rehearsals for “Jesus Christ Superstar” in Sydney, Australia, and became instant friends. After performances at 10:30 p.m. with one guitar and two voices, they would play pizza parlors, coffee bars and nightclubs. One afternoon, they made a single for CBS Records and it shot to No. 1 on the national charts. That same year, they opened for Rod Stewart in Australia, the United States and Canada.

Back at home, they made the record “Life Support,” which included the song “Lost in Love.” The tune made Top 10 in Australia and migrated to New York where Arista Records signed them. “Lost in Love” became the fastest selling single in the world and the second single “All Out of Love” went up the charts even quicker. Seven top-five singles later, Air Supply at that time equaled The Beatles’ run of consecutive top five singles.

Laughter will abound at the Riverside Resort during the Labor Day Comedy Fest with multiple headliners Aug. 31-Sept. 3 at 8 p.m. Tickets are $20. 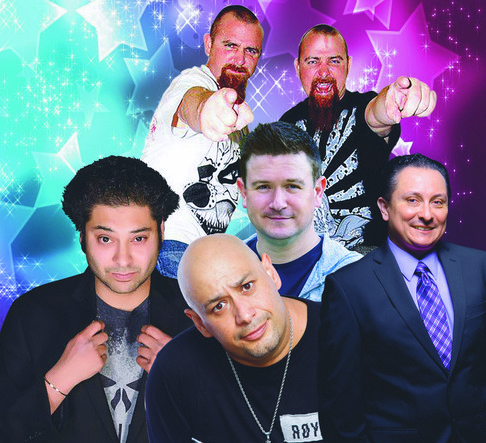 The show’s host is George Lopez, who began doing standup in 2002 when he was given the opportunity to perform on open mic night at the Improv Comedy Club.

Cory and Chad, The Smash Brothers are identical twin brothers who attended 14 different schools during childhood and learned as the new kids to adapt by being outgoing and spontaneously humorous to gain new friendships. DJ Cooch is a comedian, actor and disc jockey and was recently inducted into the Improv Wall of Fame, a prestigious honor within the comedy world. Brett Riley is a regular on the LA comedy scene with a style described as unexpected and versatile all the while staying true to his everyman persona.

Kabir “Kabeezy” Singh is one of the nation’s fastest-rising standup comedy stars. He’s been featured on television, was part of last season’s “The Family Guy,” and was also seen on the “BFF Tour” in support of Jo Koy and Anjelah Johnson.