Is there anything better than a steak and a sublime glass of Scotch? I can answer that question: no, there isn’t. Strip House at Planet Hollywood is making that special meal even more special with a one-of-a-kind rare Scotch cart. Among the Scotch whiskies found on the cart are Macallan 25 year, an outstanding Scotch from Speyside aged in Sherry casks and considered one of the most revered whiskies in the world. Adelphi Selection, a 28-year Longmorn, comes from one of Scotland’s most acclaimed bottler of rare single-cask and limited edition single malt whiskies. It was distilled in 1985 and bottled in 2014; there are only 203 bottles remaining. Another is The Glenrothes 1978, which is the last Glenrothes from the 1970s.

To complement the Scotch, the cart is equipped with specialized hand-cut glasses and crystal clear ice cubes made from water that has been boiled three times. No thanks. Diamond Jack drinks his Scotch neat. Strip House opens nightly at 5 p.m. 702-737-5200.

Several months ago, I indulged in Momenti Spirited Ice Cream, a super premium, alcohol-infused ice cream (alcohol seems to be a recurring theme of mine). It was at a private party and was a fun way to cool off at the end of a hot summer day. Recently, the ice cream became available in the retail market where it is now being sold in Las Vegas at Total Wine & More (730 So. Rampart Blvd. in Las Vegas and 501 No. Stephanie St. in Henderson) and Khoury’s Fine Wine & Spirits (9915 So. Eastern Ave.) Eight-ounce individual cups are $5.99.

Great ghosts and goblins! It’s time for hunting down those spooktacular hauntings that can occur throughout the year; but, are even scarier if you come upon them around Halloween!

A few haunted tours to get you going this October start with going on the Haunted Vegas Ghost Hunt. This tour is designed to take you out of your comfort zone and can be done anytime during the year. But, Halloween is coming! Do it now! Tickets are $94.95. This tour leaves from the Royal Resort (99 Convention Center Drive) with the starting time of 9:30 p.m. It is a 3 hour tour … a 3 hour tour… get it? The tour will cover haunted parks, Red Foxx’s former home, a bridge, and it also includes pizza. You will receive all the ghost equipment you need and be taught how to use it proficiently.

The Goodsprings Ghost Hunt was spawned from the Haunted Vegas Ghost Hunt tour to solely focus on the area of Goodsprings. You will also be picked up from the Royal Resort at 6:30 p.m. for a 30-minute shuttle ride to Goodsprings which was founded in 1904. Goodsprings is an old western mining town which was the temporary home of Clark Gable while he awaited word of the tragic plane crash which took the life of his wife, Carole Lombard. For this tour you must call for tickets and reservations.

You can also drive out to Goodsprings yourself; but you will miss out on the before and after discussions of “the hunt.” Each ticket is $109 for 4 ½ hours and includes use of their EVP and ghost equipment, their paranormal ceremony, and pizza at the Pioneer Saloon, which is over 90 years old. No alcohol or drinks, besides water, are allowed on the shuttle.

If you are looking for more traditional Halloween scares Opportunity Village is hosting their annual Halloveen at the Magical Forest beginning October 14th thru Halloween night from 5:30 p.m. until 9:30 p.m. General admission is $9.99 for children ages 3-12 and $11.99 per adult. Kids 2 and under are free! They will have movies, trick or treating and attractions. Or, if you want an unlimited ride pass for their ghost train, enchanted carousel etc., it is $18.99 per child and $21.99 per adult. You can also purchase the general admission and buy separate ride tickets in the park. Opportunity Village does a terrific job of themed holidays, especially for Halloween and Christmas. And proceeds go to a great cause benefiting people with disabilities.

This is one to try this year if you are into terror! Bonnie Springs Ranch in the Spring Mountains will turn into Bonnie Screams. They do not recommend children under 13 be allowed to attend; although, if you want the

nightmares to begin you will bring the kids. Each night, 6:30 p.m. until midnight, from October 13th through Halloween they will be hosting 3 haunted houses, along with a terror trail for general admission of $25. They also feature The Zombie Paintball Express bus ride through the desert, which is an extra $30 per ticket and is designed for you to eliminate the unwelcome zombies with paintballs that you encounter who cannot shoot back at you.

Bonnie Springs is an old west town with riding stables, petting zoo, and restaurant located in the Red Rock Canyon conservation area. It is located approximately 20 minutes west of I-215 & Charleston. There is a motel to stay in, with the restaurant open daily between 9 a.m. and 9 p.m. every day. If you decide to stay at the motel, make sure you call first to see if there is availability.

RISE will be held at the Moapa River Reservation (by Moapa Travel Plaza off I-15). It is probably too late to purchase tickets and, even if you could, the price is steep. So, why am I even mentioning this? Well, if you happen to be in the area or just driving by between 8 p.m. and 10 p.m. you will see hundreds of lit lanterns released into the air. (This can be kind of spooky.) They will be having a brief fireworks show after all the lanterns have ascended which would be around 10:30. The gates actually open at 3 p.m., and they will have live music; however, late ticket prices are $125 per adult AND they charge $25 for parking, which is not sold on site. (The best time to have bought for this event was back in May when a ticket price was $89, although parking was still $25.) 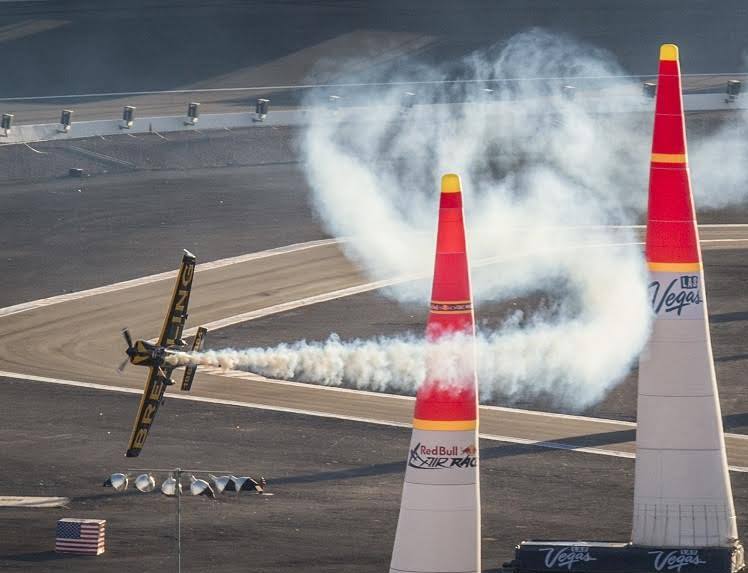 And this is just plane scary! Small planes will be racing around the track — the aerial track that is — at high speeds and low altitudes at the Red Bull Air Race World Championship. The competition will be at the Las Vegas Motor Speedway on Sunday, October 16th, with gates opening at 9 a.m. and closing at 7 p.m. Practice and qualifying races are scheduled for Saturday, October 15th from 10 a.m. until 7 p.m. Tickets can be purchased online or at the gate from 8 a.m. until 5 p.m. Children under 12 are free with adult purchase, with up to 2 children per adult allowed free. A weekend package with Hanger View is $49, which offers general seating. A Sunday-only adult ticket with Hangar View is $39, or $29 for just general admission. There are also discounters offering tickets for far less than those listed above. It pays to Google and also check the Tix4Tonight booths around the strip! Happy Hauntings! 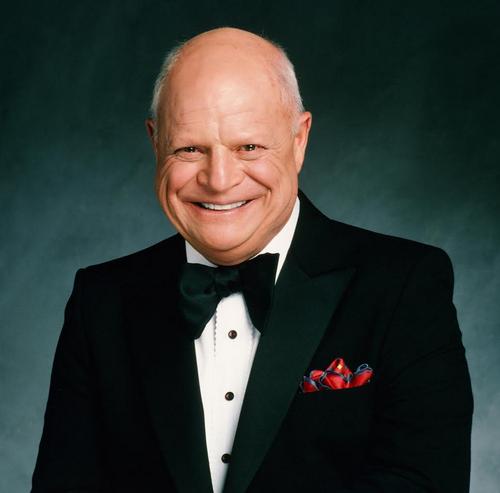 Returning for his 57th consecutive year as a Las Vegas headliner, Don Rickles with nicknames like “The Merchant of Venom” and “Mr. Warmth” will perform at The Orleans Showroom on Oct. 22 and 23 at 8 p.m. Tickets start at $69.95.
Rickles first step toward national fame was in 1957 when he spotted Frank Sinatra in the audience at a nightclub in Miami Beach and zinged him. Rickles soon became the “in” comic among Hollywood stars, and his acting debut followed in 1958’s “Run Silent Run Deep.”

Rickle’s credits and honors run incredibly deep, while his career is still going strong. His best-selling memoir “Rickles’ Book” was released in 2007, followed in 2008 by “Rickles’ Letters.” He received two Primetime Emmy Awards, including Best Individual Performance in a Variety or Musical for the 2008 HBO special “Mr. Warmth: The Don Rickles Project.” In 2009, TV Land honored Rickles with the “Legend Award.”

The Venetian will present “An Evening with Al Pacino” 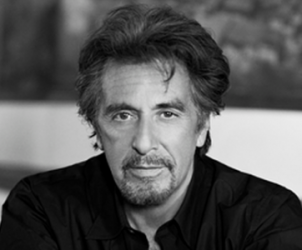 Actor, screenwriter, producer and director Al Pacino will bring “An Evening with Al Pacino” exploring a myriad of highlights from his stage and screen career to the Opaline Theatre inside The Venetian® on Saturday, Oct. 15. This special event will include a question-and-answer session. Pacino has starred in more than 40 films including “Scent of a Woman” for which he won an Oscar in 1992. He is one of the rare winners of acting’s triple crown: the Oscar, Tony and Emmy Award, and a National Medal of Arts for 2011 from President Obama. Tickets start at $72.45.

Vinnie Favorito Settles In at Westgate

The outrageous attack comedian Vinnie Favorito, who makes Don Rickles seem like a pussycat, is already very comfortable in the Cabaret Theater at the Westgate. It’s a perfect room for him to work his appropriately titled show: “Vinnie Favorito Unfiltered.” In truth, he’s never been filtered.

Favorito has an amazing ability to go around his audience and just call out people and make up impromptu commentary. Warning: don’t try to upstage him; his sharp tongue will always win. As long as you aren’t easily offended, you’ll laugh and your jaw will be sore from opening in inaudicble disbelief at what he says. He’s one of a kind!

The Angry Butcher Steakhouse, a contemporary yet classic American steakhouse, is open at Sam’s Town in the Mystic Falls Park atrium. The patio, which is al fresco but an outdoor setting inside, and adjacent bar are open for a daily social hour from 4-6 p.m. with a special menu of small bites.

Shake Shack’s Shacktoberfest, now in its 11th year, is on tap from Friday-Sunday, Sept. 23-Oct. 2. The annual celebration features an Oktoberfest-inspired menu, including a Bavarian-Style Soft Pretzel, new to this year’s menu, and a special 25-ounce Shake Shack Bier Stein for $10.

BRAVO! At the Galleria Mall is introducing new menu items again, and they are winners. At a tasting, the main course herb-marinated grilled chicken with sun-dried tomato goat cheese, mashed potatoes and green beans was excellent as well as the antipasti salad, zucchini and eggplant fritti, linguine carbonara, dessert and “Happy Hour” $5 Lemontini.

MRKT Sea & Land at Aliante will host a “Passport To The World” six-course wine dinner on Tuesday, Oct. 11 at 6 p.m. hosted by guest speaker and Master Sommelier Joe Phillips and feature Dom Perignon. Cost is $95.