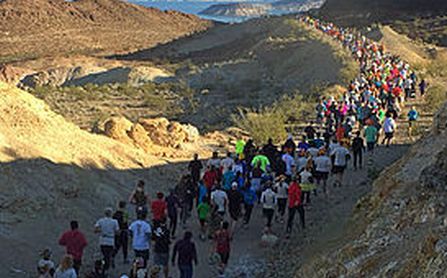 What should you do on Thanksgiving before getting tremendously overstuffed on that bird with all the fixings? Do the Las Vegas Turkey Trot – Six Tunnels to Hoover Dam marathon 1, 5 or 12k race. The races have staggered start times, beginning at 8 a.m. In my case, I will probably walk the 1 mile stroll which begins at 8:10 a.m. just for the exercise; but, you can run, run, run through the beautiful scenery of Lake Mead National Recreation Area. They are using the old railroad track as the path through the six train tunnels, which you will go through twice. This is an event for which you must register in advance, since there is no race day registration. Also, Hoover Dam Lodge has special runner rates if you need a place to stay close to the action. You must mention Turkey Trot to get the special rate. Now, this sounds like a fun and interesting event to attend and one that is definitely better to do before feasting!

It’s pumpkin picking time at Gilcrease Orchard on North Tenaya Way north of Farm Road. Gilcrease has been a Las Vegas staple for over 85 years, growing to a 1500 acre farm and gradually reducing the property to preserve 60 acres. Customers can hand pick their vegetables and fruit in the fields. Pumpkin picking is limited to three days each week on Tuesday, Thursday or Saturday from 7 a.m. until 2 p.m. every week. You can pick your pumpkins and squash, devour their cider donuts, caramel apples and kettle corn and wander for various other vegetables if you choose. They do have a parking lot; however, with the crowds that they get later in the a.m. you will see lots of cars parked on the sides of Tenaya Way. If you are truly going for the get-in-get-out pumpkin pick, rather than the atmosphere of the orchard, your best bet is to get there early, before 8 a.m.

Now, I’m not sure if tater tots go with beer, but you can find out by attending the Tater Tots & Beer Festival at the Henderson Pavilion on Saturday, November 12th. This is a new event and time will tell if it is worth the hype. There are limited tickets available for either of the two sessions that are being held from 11 a.m. until 2 p.m. and 3 until 6 p.m. This is an outdoor event at the Henderson Pavilion at 200 S. Green Valley Pkwy. However, it is an over 21 event, so, no babies or strollers, and only service dogs allowed. They will have live music along with tater tot food creations to eat and craft beers for imbibing. They typically make over 20,000 tot samples per event!

This event is almost sold out so check this out fast if you are interested. All tickets are sold ONLINE ONLY. No tickets available at the gates! General admission and VIP tickets are $40 and $75 (which comes to $90.43 with tax & fees), respectively. You receive the beer passport and unlimited tater tot food items for both, but, the VIP gives you the VIP Bar & VIP Tot Line. This is one event for which I would try to go early, since they have advertised more than once that they could have limited samples for the later session. 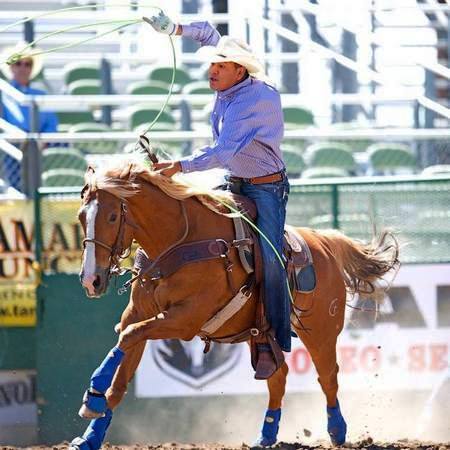 Since Thanksgiving is the official start of the holiday season and you want something different to do during that long holiday weekend, add a little sparkle to your eyes by heading over to the Glittering Lights at the Las Vegas Motor Speedway. Every year their display gets bigger and better, with November 11th through January 7th being the event dates this holiday season. They normally have two and a half miles of displays and lights for Christmas that light up at dusk. And dusk will be earlier, at 5:30 p.m., with the time change on November 6 so you do not have to wait until 10 p.m. to see the lights! Monday through Thursday tickets are $20 each per vehicle, per entry. “Anyday” tickets are $30 per vehicle, per entry. A season pass is $70 for 2 vehicles for the entire season (based on license plate numbers), and you can go through as many times as you like in one day; however, you cannot have the two vehicles follow each other through at one time, because only one vehicle will have the pass. You will be driving through slowly with your windows down and cannot get out of your vehicle. They do have a concession area where you drive through to place your order and then pick up your order down the road.

There is also a Santa Tram running from Exotics Racing for $35 per person (not vehicle), since they will be doing the driving. This includes the ride, hot cocoa, kettle corn, photos with Santa, and games. The tickets for this portion of the event must be purchased in advance and online because they might not be running it every day. 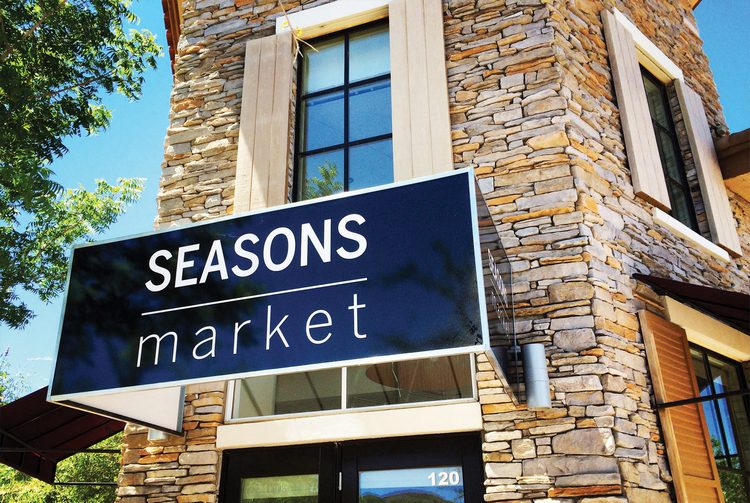 As much as I enjoy making a delicious mushroom risotto, my true adrenaline rush comes when I climb inside a Ferrari 458 Italia, Lamborghini Gallardo Superleggera LP570, Porsche Turbo S, or Aston Martin Vantages S and take a few laps at Exotics Racing. Located at the Las Vegas Motor Speedway, approximately 20 minutes north of the Strip, this driving experience is a rare opportunity to drive some of the coolest supercars in the world. 702-802-5662.

Céline Dion shared a milestone for some 4,300 guests last month when she performed for the 1,000th time at The Colosseum at Caesars Palace. The performance closed with a breathtaking finale of bronze and silver confetti and balloons raining down in celebration. It took forever to get the confetti out of my hair and tuxedo 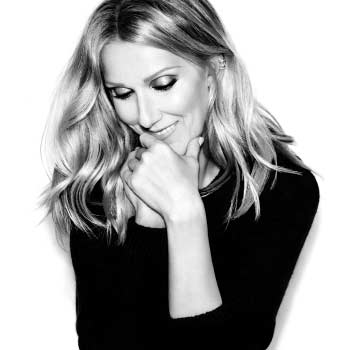 Céline’s first residency at Caesars Palace was a groundbreaking production that played 717 performances from March 25, 2003 through Dec. 15, 2007. After a three year break, she made a triumphant return on March 15, 2011 with a glamorous new show.

“When I first began performing in this newly built theatre,” recalled Celine, “little did I know I would reach such an incredible number of shows. Thank you to the four million fans who made this possible by choosing music as their international language.”

Masaharu Morimoto, famed Japanese chef and star of Food Network’s “Iron Chef America,” made his official Las Vegas debut opening Morimoto Las Vegas at the MGM Grand. The Iron Chef star hosted Kagami Biraki, a traditional Japanese sake ceremony where the lid of a new sake barrel is broken open. The rice wine is then served to guests to bless the venue with harmony and good fortune. The restaurant opens daily at 5 p.m. and offers three distinct dining experiences: sushi bar, main dining room and Teppan tables. It is also introducing the first and only iron griddle menu Morimoto offers in his renowned restaurant portfolio.

The ambiance reflects a modern and chic dining environment offset with Japanese artwork. Diverse spaces are punctuated with compelling design elements, such as the cherry blossom wall behind the bar and exquisite photographs by glamorous president and representative director Yasumichi Morita, above the Teppan tables. Additional artistic features include: the Morimoto Rope Statue; the Glass Carving Room and the Sushi Wall. 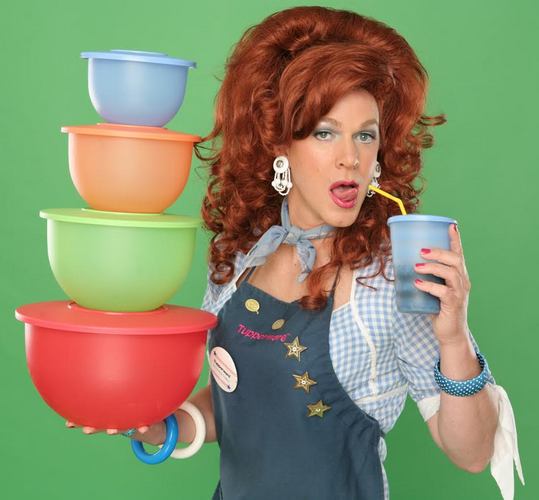 Dixie Longate, a hilarious Southern belle known for her uninhibited style and side-splitting wit, will stir up some outrageous fun in “Dixie’s Tupperware Party” at the Suncoast Showroom on Nov. 18-19. Showtime is at 8:30 p.m. Tickets start at $30.

Andersson debuted “Dixie’s Tupperware Party” at the 2004 New York International Fringe Festival. Following the show’s debut, he teamed up with playwright Elizabeth Meriwether and director Alex Timbers to create an off-Broadway version of the production. The show received a 2007-08 Drama Desk Award nomination for Outstanding Solo Performance. Dixie has performed more than 1,000 times worldwide and is the #1 personal seller of Tupperware in both the U.S. and Canada. 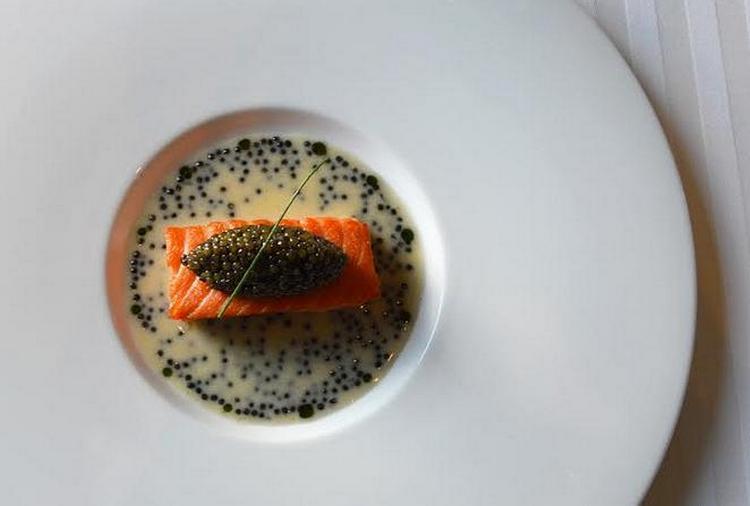