It’s not easy driving through Las Vegas when you’re hungry and you’re looking for something besides another half-pound double cheeseburger with fries and a thick, chocolate milk shake. Consider Health Binge, the grab-and-go style health market that provides over 60 portion-controlled, freshly-prepared meals at the ease of a fast food establishment. It was created by former NFL athlete Gerome Sapp. His menu includes nutrient-rich breakfast, lunch and dinner meals along with other nutrient-rich snacks and juices. Health Binge is at 6040 W. Badura Ave. near Jones Blvd. and I-215. It opens daily at 7 a.m. For more information, peruse the Health Binge website.

My wife and I were sitting at a table at her school reunion. She kept staring at a drunken man as he sat alone at a nearby table.

“Yes”, she sighed, “He’s my old boyfriend. I understand he took to drinking right after we split up those many years ago. I’ve been told that he hasn’t been sober since.”

“My gosh!” I said, “Who would think a person could go on celebrating that long?”

Let’s do something different in Las Vegas!

May in Las Vegas always showcases festivals which are always worth attending and can guarantee smiles for the whole family.  The San Gennaro Feast, the Art Festival of Henderson and the Best Dam Barbeque Challenge in Boulder City are annual events that should not be missed. Here are a few different activities for you to also enjoy. 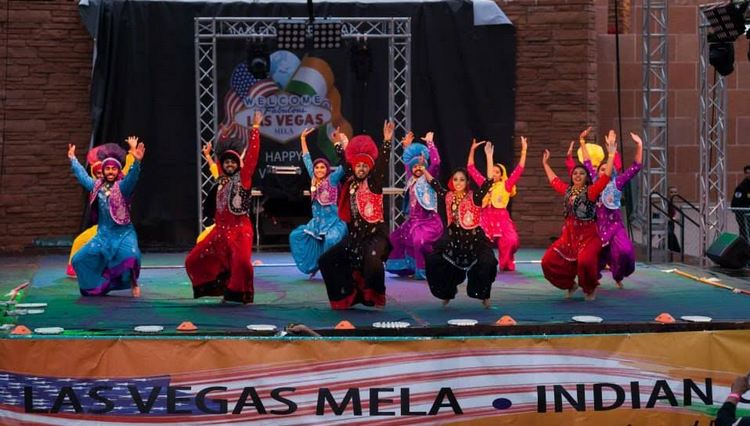 The Indian Food & Cultural Festival will be held on May 6th at the Clark County Amphitheater (500 S. Grand Central Pkwy.) from 11 a.m. until 9:30 p.m. There will be Indian food, music, dance, fashion and other items to purchase. Admission is $7.00 for ages 6 and above. Children are admitted free if aged 5 and under. 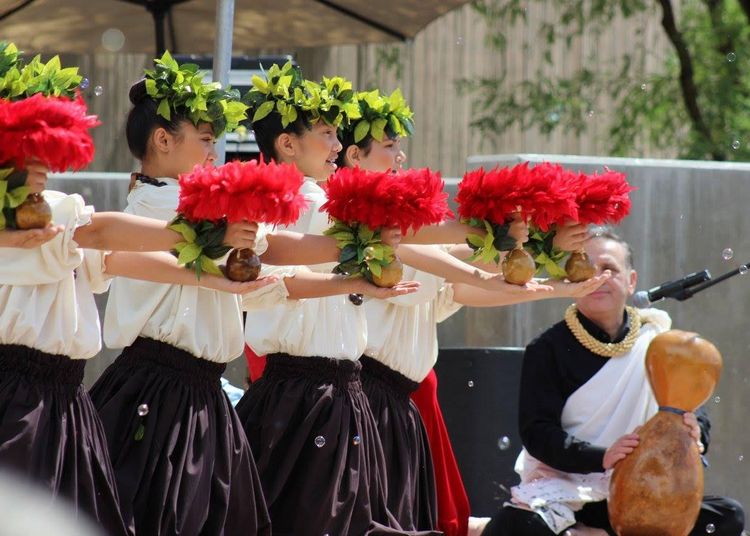 Also on May 6th, the Springs Preserve ‘Ohana (family) Festival will be celebrating Asian-Pacific American Heritage Month. They are putting the Pacific Island culture, hula, music, food and crafts on display for all to enjoy and participate in from 10 a.m. until 4 p.m. Admission is free for children (2 and under) and $6.00 for those aged 3 and above.  They also offer a 4-pack discount for $20.00.

Las Vegas Helldorado Days Parade kicks off on Saturday, May 13th at 10 a.m. Downtown on Fourth Street. It runs from Gass Avenue north to Ogden Avenue. 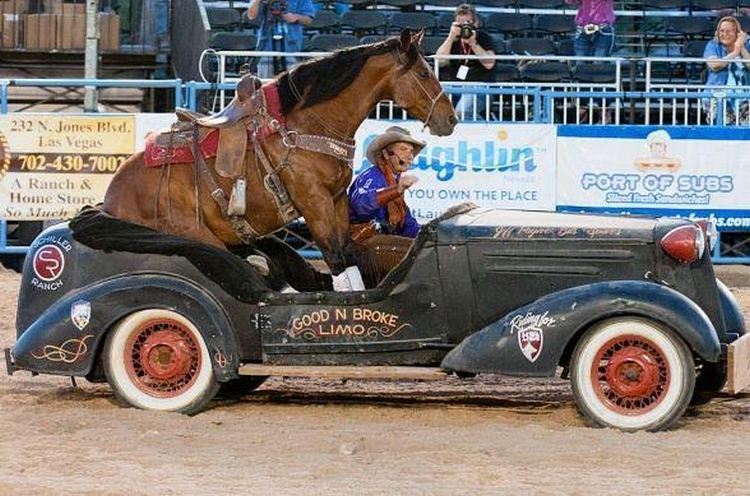 Helldorado Days was created in 1934 to bring entertainment to Boulder Dam (known as Hoover Dam since 1947) workers and their families and has grown into four days of festivities. The PRCA Rodeo will be held on Thursday, May 11th. A brewfest and the PBR Last Cowboy Standing competition is scheduled for May 12th. May 13th is the Whiskerino Contest. Mutton Bustin’ for youngsters aged 5 to 7 years of age will be held each day of the event. The events take place within the Las Vegas Village, which is directly across from the Luxor Hotel on Las Vegas Boulevard.

The Springs Preserve is also presenting their annual Ice Cream Festival on May 20th in their Amphitheater. Ice cream creations of all kinds (ice cream sundae or root beer float anyone?) will be served from 10 a.m until 4 p.m.   They have ice cream eating contests, carnival games, live entertainment, and more to keep the whole family entertained.  Adult admission is $10. Children age 3-12  $8. Children age 2 and under enter free. (And they do have 50% off discounts for Springs Preserve members.) If you can buy the tickets in advance, do it; the lines can be long.

Also on May 20th, the Family Bluegrass Festival is scheduled at Police Memorial Park (3250 Metro Academy Way) in Summerlin. The park is located just north of Cheyenne and between N. Hualapai & Fort Apache, east of the 215. This is a free event with several bands performing throughout the day from 11 a.m. until 6 p.m. There will be crafts sold, food and beer vendors, along with activities and children’s crafts. How often do you get in free in Vegas? 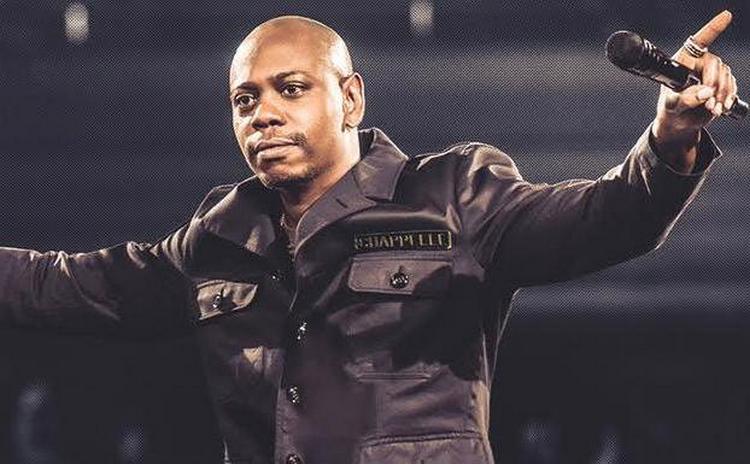 Comedian Dave Chappelle will headline at the Mandalay Bay Events Center on Friday, May 5 at 9 p.m. Chappelle recently made his return to the screen with a pair of stand-up specials exclusively on Netflix. His film career began in 1993 as Ahchoo in Mel Brooks’ “Robin Hood: Men in Tights” and he starred in the ABC’s series “Buddies.” Tickets range in price from $59 to $279. 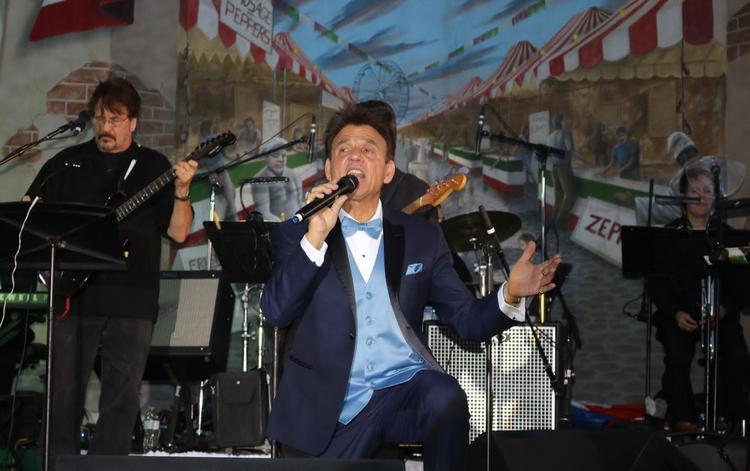 The 38th Annual San Gennaro Feast will be held May 10–14 at Craig Ranch Park. The festival is being dedicated to the memory of Tony Sacca, who passed away on Jan. 30 and who was the host and main act at San Gennaro every night for the last 32 years. Kelly Clinton, Sacca’s nephew Eddie Tully, Jr. and childhood friend Philly Cuzz aka Phil Battaglia, festival regular Denise Clemente, Mark Giovi, Michael Monge, The Saccettes – Amanda Kaiser, Nellie Norris, and Joelle Righetti, and many others will be honoring Sacca under the direction and orchestration of Gary Anderson, musician, band leader, and also close friend in a musical tribute every night.

Also performing on various nights will be The Shades of Sinatra, The Good Fellows, Sam Riddle Band, The Lon Bronson Band, Thr3 Cards, and MJ LIVE. There will be a DJ Dance Party every night starting off the festivities hosted at 6 p.m. Tully, Jr.

All-day Saturday and Sunday, local High School Bands will be competing for an award.

Edgar Winter & Rick Derringer to headline at the Cannery

Rock, blues and jazz artists Edgar Winter and Rick Derringer will bring their top hits to The Club at the Cannery on Saturday, May 20 at 8 p.m. Winter and Derringer have performed together since the 1970s. Their most famous collaboration was formed when Derringer produced The Edgar Winter Group’s double-Platinum album “They Only Come Out at Night,” which reached No. 3 on the U.S. album chart. Tickets start at $19.95.

Early in Winter’s career, he performed R&B and blues songs with his brother Johnny and went on to form the band White Trash. Winter has recorded more than 20 albums and in addition to singing plays the guitar, bass, saxophone, keyboard and drums.
Derringer began his musical career in the rock group The McCoys in 1965 and releasing his first No. 1 hit “Hang On Sloopy.” As a solo artist, he debuted his album “All American Boy” with a new version of his original single “Rock & Roll, Hoochie Koo.”

Motown super-group The Temptations will bring their timeless classics and contagious moves to The Orleans Showroom May 20-21 at 8 p.m. The group’s lineup features original member Otis Williams, along with Ron Tyson, Terry Weeks, Bruce Williamson and Joe Herndon. Tickets start at $49.95.

The Temptations return to the Orleans Showroom

The Temptations rose to fame in 1960. In their nearly 36-year career, they have achieved 37 top-10 hits, 15 No. 1 singles, and 17 No. 1 albums. The group has won seven Grammy Awards, including the Grammy Lifetime Achievement Award in 2013.
In 1989, the vocal group was inducted into the Rock and Roll Hall of Fame.