In 2005, the Ely Renaissance Society purchased a piece of property from the Geraghty family that they had owned since 1911. Nine small houses, a barn, general store, and miners’ cabin were located on this site.

In the years since, many improvements have been made. Each house has been restored and furnished so they look just like they did in the early 1900’s. The original wood stoves, wringer washers and the other furnishings have been carefully restored, so walking through the houses is a journey back in time. 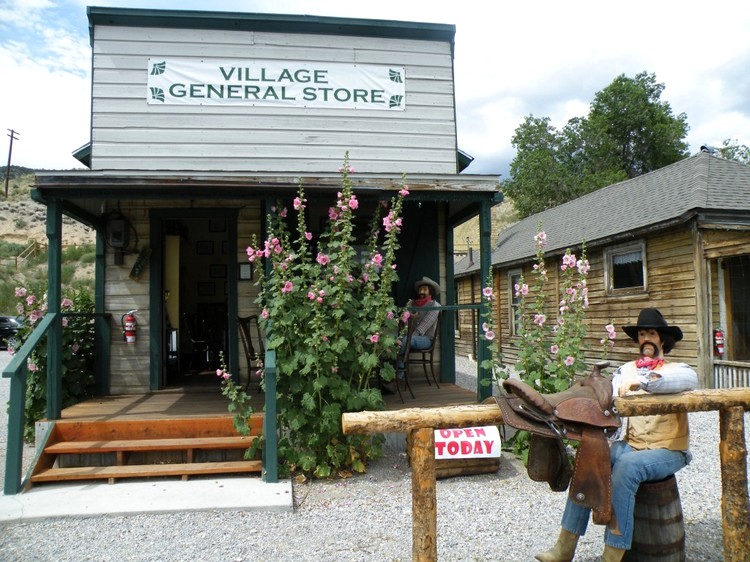 Each house is dedicated for a different ethnicity to represent the mix of people who came to the area to work in the mines, on the ranches or to run businesses. The Geraghtys were originally from England, so their house is the English house. Also represented are the French and Spanish houses for the Basque people, the Italians, Greeks, Slovaks, and Asians who lived and worked here. The miners’ cabin is the typical one-room cabin that was found in any of the mining camps around the state. The general store is now the gift shop, which offers local history books, collectables and stick candy.  Together these homes make up what is now known as the Ely Renaissance Village.

Also added to the Village is a stage and amphitheater where entertainment can be provided. This area has been used for weddings and large group gatherings. A concession area has a roll-out counter for use with large dinners and bars. A covered pavilion was added in 2015. This is used for the Farmers Market that takes place in August and September.

This year will see the addition of the stories of 24 local ladies being added to the houses. Photos and short

biographies of each lady, along with personal effects such as clothing and equipment, will add a deeper understanding of what life was like here 100 years ago. While the men came for jobs, the women came to make homes, raise families and create a community from the mining camp.

A well-documented book tells the full story of each lady with family photos and written biographies.  Descendants of each lady have supplied information, family histories and personal items to bring the stories to life. The book is on sale in the gift shop.

Now, walking into each house, you can enjoy seeing the period homes and learn about the actual ladies who lived and worked here in the early 1900’s. The Village is open 10 a.m. to 4 p.m. on Saturdays beginning May 28 and running through the end of September.