Hikes of the Month

You know it’s coming. Every primal thread in your body is on high alert for it, and it affects every fiber of your being. You have that undeniable feeling of impending … WINTER! That being said, my decree for October is “Get thee to the Mountains!” (It may be your last chance.) 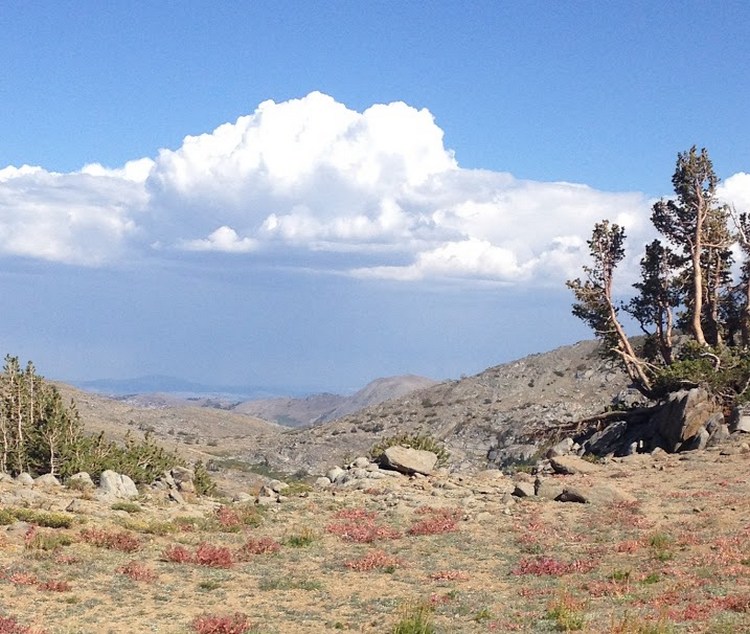 In the Carson Valley, that could mean a mere 30-minute drive to our favorite natural playground, Carson Pass. There are a variety of spectacular hikes beginning at the Forest Service Parking area there, including Frog Lake (perfect for families), Winnemucca and Round Top Lakes, Fourth of July Lake, and Meiss Meadows.

Round Top is a good medium-distance hike which starts off in stands of enormous red fir and western white pine,

quickly overtaken by whitebark and mountain hemlock as the trail rises. The whitebark pine (Pinus albicaulis) is one of my faves, its gnarled and twisted trunks dense and hardy, allowing it to withstand the harsh winds and snowdrifts which attack it at this forbidding elevation. These beautiful specimens are our version of the legendary bristlecone pine, with its dense wood that allows the trunk to stand upright for centuries after the tree is “dead.” After reading at the trailhead about the symbiotic relationship between the whitebark pine and the avian Clark’s nutcracker (the trees’ only method of seed dispersal), we were delighted to see it unfold before our very eyes: the forest was replete with these noisy and very industrious creatures! Round Top Lake is an emerald gem, swimmable for the very brave, and graced with the backdrop of Round Top Mountain and the Sisters. A short side-scramble leads up Round Top, one of three peaks over 10,000 feet visible from Lake Tahoe, and still sporting significant snow drifts in September!

Another beautiful fall hike is the 12-mile roundtrip trek to Star Lake, a little jewel under the snow-capped peaks

which can be seen from the Carson Valley: Job’s Peak and Job’s Sister. With a short detour, you can jet up to Freel Peak, the highest peak in the Tahoe Basin (see link for directions). Although not what I would call a “social skills hike” (i.e. not crowded), we did encounter several mountain bikers whipping gleefully down the mountain, who were very courteous in passing.

WARNING: Both of these hikes involve an alluring drive through magical autumn aspen forests, so you may never even MAKE it to the trailhead!

Due to our proximity to Lake Tahoe, I would be remiss in not mentioning the Annual Tahoe 200 Endurance Run, which took place in September. Erik and I got duped into volunteering for this event, and had the time of our lives! The runners who trickled into our aid station were on mile 118 of a grueling 205-mile run through the forest around Lake Tahoe (by contrast, we were whining about and exhausted after setting up tents with air mattresses and blankets for the runners). The elevation gain? A mere 35 THOUSAND feet! (That’s the cumulative total of all the uphill sections of the course.) A warning on the race website sums it up: “Runners will experience the highs and lows of the terrain and their own consciousness.” See the website for info on racing or volunteering at next year’s epic event.

October is a fun month in the Carson Valley. A great event for the whole family is the Annual Scarecrow Festival, set to happen on October 1st from 9-3 at Heritage Park and Gardens. Participants get to make their own scarecrows using clothes and materials purchased at a great price on-site!

For some silly fun akin to the Virginia City Outhouse races, plan to attend the Slaughterhouse Lane Coffin Races, on Oct 8th in downtown Gardnerville, and stick around for the Western Swing Dance and BBQ that evening at the Community Center.

Squid, Inc. is a super-talented string quartet hailing from the Bay Area, performing at the Carson Valley Art Council’s concert series on Oct. 14 from 6-9. You can leave your preconceived notions of classical chamber music at the door; with their souped-up versions of traditional to modern tunes, these guys are NOT boring!! 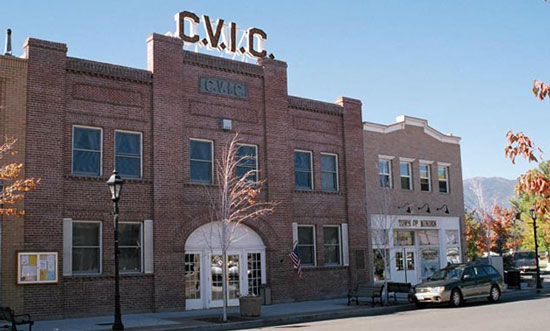 For exposure to a bigger sound, hit up the Carson Valley Pops Orchestra’s October Concert, “Flight”, on Oct. 22 at 7 pm at the CVIC Hall in Minden featuring music from Star Wars, Harry Potter, Game of Thrones, Star Trek, and others. This star of the Carson Valley was founded in the 1990’s, and has been a source of culture and entertainment to Valley residents as visitors alike, along with enriching the lives of the volunteer musicians who participate. Even the venue has an interesting story: the CVIC Hall dominates Esmeralda Street in downtown Minden, flanked by historic buildings, shops, and the quaint Minden Park and gazebo. It was built by the Carson Valley Improvement Club in 1913 and has been a hub of the community ever since. (It was listed on the National Register of Historic Places in 1983). The depth and character of this building, inside and out, really needs to be experienced first hand. 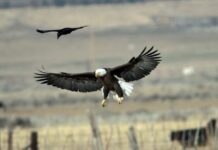 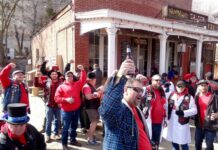 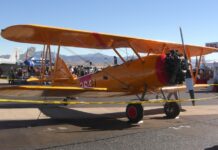