One of of the joys of Boulder City is scale. Unlike the the sometimes over the top spectacles of nearby Las Vegas, Boulder City is small town of human scale.  One such simple joy is Boulder City’s Annual Damboree 4th of July Celebration. 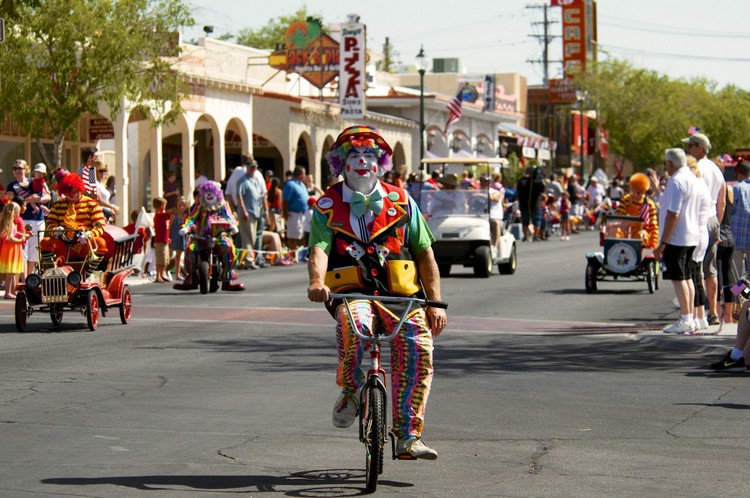 The name Damboree originated in 1949, the second year of the Celebration, after a contest to name the event in homage to the Hoover Dam, which was the reason for Boulder City to exist in the first place. This started a long line of Dam jokes and slogans which continues to this July’s 68th Damboree.

The day starts at 7am with a free pancake breakfast in Bicentennial Park hosted by the Rotary Club, donations accepted. At 9am the Damboree parade begins. Now, this is a small town parade, not your Rose Bowl event with millions of flowers. A few flags, maybe a marching band, homemade floats, clowns, go carts, and seemingly every politician in Nevada. It’s a perfect place to observe the execution of the classic parade wave. 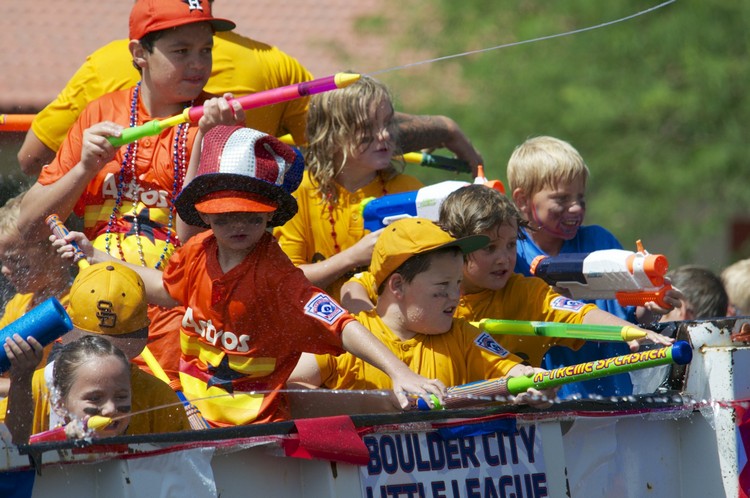 For many the highlight is the water play section of the parade. Here, formerly mild mannered paraders pull out their water guns and do battle with the equally armed sidewalk crowd in a frenzy of liquid, despite the current drought and low water level of Lake Mead. The parade ends at Broadbent Park, where the American Flag is raised, the town sings, plays games, get’s dunked, and eats. What could be better? At 9pm at Veterans Park (yes, there are a lot of parks in Boulder City)  the fireworks begin. If you love fireworks, these are good. You could go to Veterans Park to view the show, but another locals’ favorite is watching the show from the Bear Creek golf course, where there is the bonus of the bar at the clubhouse. 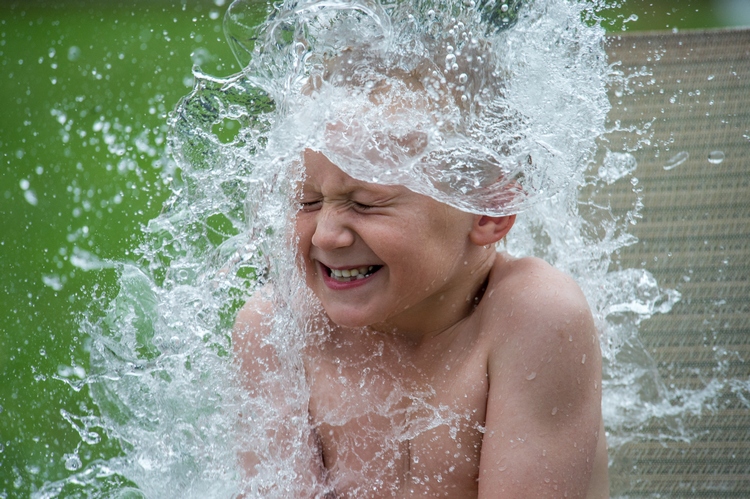 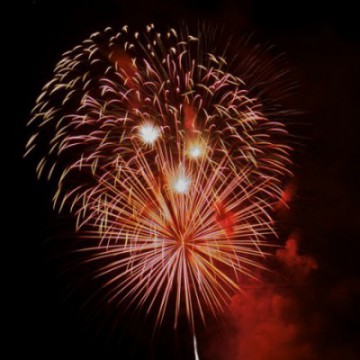 7am – Pancake Breakfast at Bicentennial Park