There are three fun ways to escape the summer heat in Baker: get wet, go up high or go underground. Six streams drain the eastern side of the South Snake Range, and it feels good to get your feet (or even more) wet in one of them. Fishing is a popular endeavor near the park campgrounds, with upwards of a thousand fish per mile. 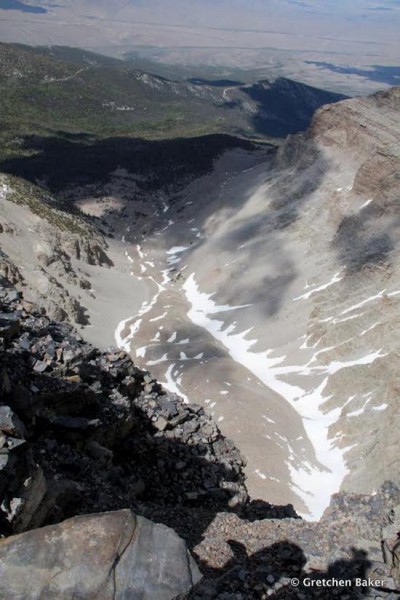 Being stealthy is a key to stream fishing. Native Bonneville cutthroat trout are found in Strawberry, South Fork Baker, and South Fork Big Wash Creeks. Snake Creek will be renovated in August to provide more BCT habitat. Brown, brook, and rainbow trout are all found in Lehman and Baker Creeks. Sacramento Pass pond is another great place to fish and has a handicapped-accessible deck.

A jaunt on the Alpine Lakes trail in Great Basin National Park, starting at about 10,000 feet, can be a good combination of high and wet. The lakes are generally very cold, so few people swim in them, but it is allowed. You can also check out old-growth bristlecones on your way to the only glacier in the interior of the Great Basin. It is found nestled in a gully that comes off Jeff Davis Peak and barely makes it into the cirque below. Farther downhill is a multi-lobed rock glacier, where rocks insulate ice. Snow patches remain on the edges through July, making a great excuse for an impromptu snowball fight on a hot day. The trailhead is clearly marked. Take plenty of water and take your time—it’s harder to hike at that altitude than in the valley bottoms.

Cave temperatures generally mimic the average outside temperature of an area. Lehman Caves stays a comfortable 50 degrees Fahrenheit year round, providing some natural air-conditioning in the summer. Over ten cave tours go into the cave daily, often selling out early in the day. You can reserve tickets ahead of a time on recreation.gov. 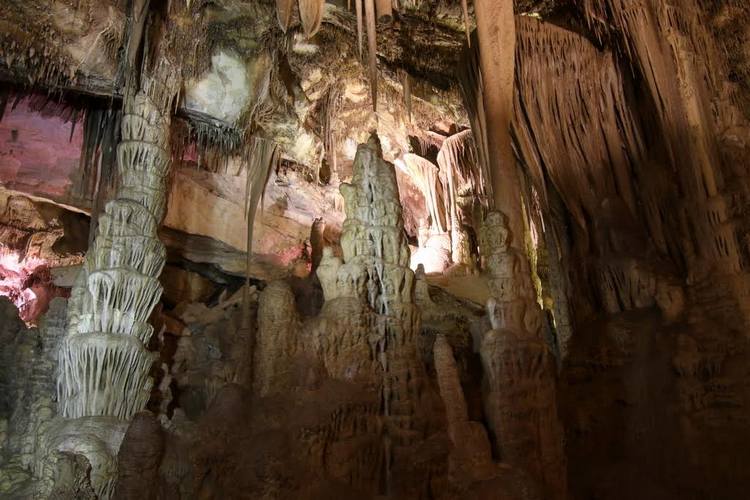 Nevada actually has quite a few caves, enough to attract the interest of about 800 cavers who will be attending the National Speleological Society Convention in Ely, Nevada from July 16-23. Talks, cave trips, climbing contests, kids’ activities, photo salons, and more will be offered. Week-long and day passes are available, and the event kicks off with a Speleofest on Saturday, July 16 in downtown Ely. A mural featuring Ab Lehman in his eponymous cavern will be unveiled. In the late afternoon, the Art Bank will display photos taken in 1928 of Lehman Caves next to those taken in 2016. Come check out what has changed!