Facebook
Twitter
Pinterest
WhatsApp
See the Elephant For Yourself at the California Trail Interpretive Center. Take the Hunter Exit from I-80 — Admission is free!
“Seeing the Elephant” was a phrase used by midwesterners beginning in the 1830s when circuses and real live elephants first came to the United States. 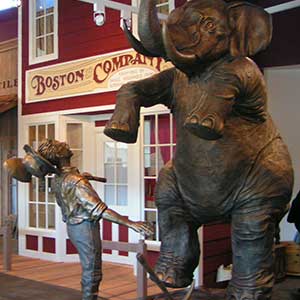 Circus goers would attend the circus and afterward try to describe this odd and very different animal to their family and friends who had not attended. Of course, most had seen a picture of an elephant in the family’s bible in the Noah’s Ark picture but…to see one live and up close was a mind boggling experience.
Attempting to describe an animal far larger than any draft horse or dairy bull (the largest critter these folks had seen) proved to be almost indescribable. With great exasperation, these people would just exclaim,”You Just Have to SEE the Elephant for yourself!” And so… “seeing the elephant” became an expression for seeing and experiencing an event, good or bad, that was almost larger than life — something that one had to experience for one’s self.

Beginning in the 1840s, hardy pioneers outfitted themselves for their westward adventure in April and May. These excited and optimistic emigrants announced they were “going to see the elephant.” They sold homes, farms and possessions to purchase a wagon and supplies for the six month long journey across unknown territory to reach the Golden West.

Early in the trip, challenges about what was ahead caused concern — Joshua Variel, May 19, 1852: (On seeing the large number of graves along the way) “I fancy we are on the track of the Elephant.” 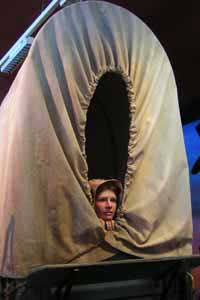 Melting snow and spring run-off created dangerous crossings with swift currents at creeks and rivers in the plains. Wagons often tipped over with their contents – goods, oxen and people being swept downstream. Elizabeth Bedwell wrote May 15, 1852 crossing the Grand River in Iowa, “saw a few hairs of the Elephants tail.”
Emigrants reached the Great Basin and northern Nevada about mid July. Summer – hot dry and dusty. “We have got far enough along to begin to have a sight of the Elephant”, Leander Loomis — 1850 describing the Humboldt winding its way across northern Nevada 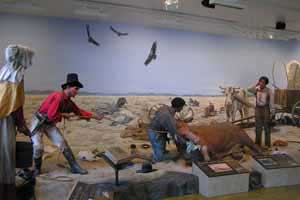 Elizer Stillman Ingalls crossing Nevada 1850s “The road all along this river is so dusty that it makes travelling very disagreeable…I have seen the dust so thick that we could not see wagons that were not more than 25 yards ahead. This is getting a peep at the Elliphant.” 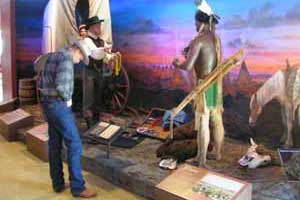 A diary noted, “The mules were in a tremble of lather most of the time – as though they smelled the Elephant! Probably it was the stench of dead cattle which affected them so.”
Upon arriving in California and completing the adventure…Louisa Clapp declared: “I think that I may without vanity affirm that I have seen the elephant” 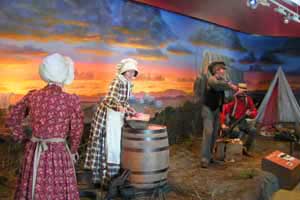 Peter Decker, August 8, 1849: (After reaching California)… “Engaged in the first meal we had in four months. Sitting at a table was a novelty. If our dirty faces did not frighten the women, it was because they had seen the Elephant.”

Martin Griffith walked the 40-Mile Desert in 1994 and wrote of his experiences in Nevada Magazine:

“There is no better way to gain an appreciation for the emigrants’ feat than to walk the trail in the dead of summer as they did. Take my word for it… the elephant lives.”
―advertisement― 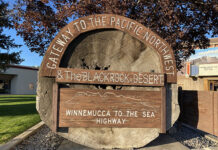 From Winemucca to the Sea