Virginia City is what’s left of the Richest Place on Earth, and a major attraction for visitors in Nevada. It’s a wonderful place to visit any time, but if you really want to catch the vibe, come in winter. Without the crowds of summer the old city stands out more clearly for what it is, and what it was. 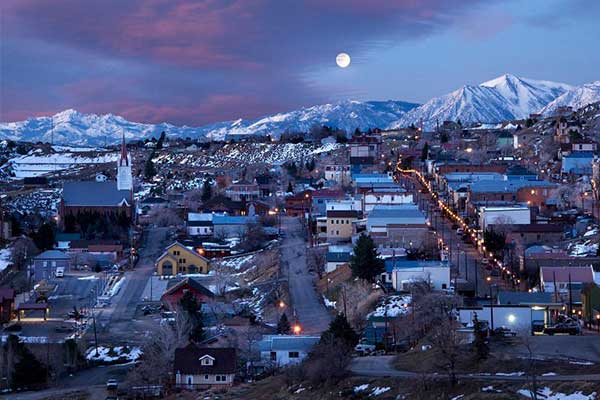 December is a red letter month on the Virginia City Calendar. You can truly call it fun-filled.

You can start early at the Virginia City Senior Center, a long block down 6-Mile Canyon Road where the Holiday Craft Faire open at 10 am to 5 pm on December 3rd, and 10 am – 3 pm on December 4th. Enjoy the festive crafts with their creators. Call 775-847-0957.

St. Mary’s Art Center, farther down 6-Mile Canyon Road, turn right at the stop sign on R Street, is hosting its third Annual Holiday Faire from 10 am to 4 pm December 3rd and 10 am – 3 pm on December 4th. The works of exemplary artists and artisans from the region are displayed for sale. Squeek Steele will be playing holiday music on the 3rd Floor at 2:15.

The V&T Railroad‘s Candy Cane Express is running on December 3rd and 4th, and again on December 10th and 11. Check here to see if there are still tickets available. It’s always fun to ride on the V&T’s vintage, heated coaches and travel along the historic route to Gold Hill. 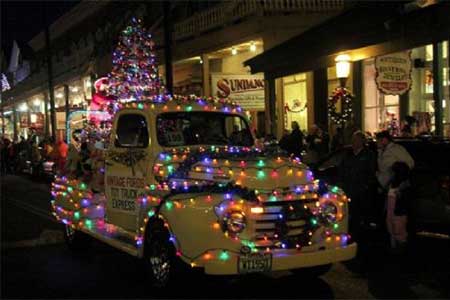 On December 3rd, check-in begins at 10:30 at the Visitors Center at C and Taylor Streets for another Virginia City favorite, a Saloon Crawl;  this one is “The Grinch Made Me Do It” and it starts at 11 am. It involves getting tipsy at as many of the C Street refreshment parlors as possible between 11 am and 5 pm carrying a cup that costs $30. Designated drivers are encouraged and should be required. For more information call 775-244-3399.

There’s no better way to get into the holiday spirit than during the Home for Christmas Concert featuring Glen and Molly of Lady an the Tramps. Bring the whole family to this holiday concert at Piper’s Opera House with special guest appearances by David John and others. Doors open at 6 p.m. Concert begins at 7 p.m.

Virginia City loves a parade and happily launches at least one almost every month of the year. December’s is the Parade of Lights which begins just as the saloon crawling spree ends at 5 pm on December 3rd and again on December 10th. It’s a rolling light show — or is it an art show? — along festive C Street. 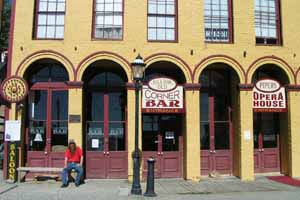 And by the way there’s a highly popular barroom at Piper’s, operated in classic Comstock style: the Old Corner Bar, where Mark Twain, Dan DeQuille and the boys from the back shop stopped in for an aftershifter or two when they’d put the Enterprise to bed.

At some point in your visit you’ll get to wondering about food. Here is a list of the restaurants in Virginia City. Each of them is somebody’s favorite — you can browse here so as to know what to look for, and make your selection when you get to town.

And what is Christmas without shopping? 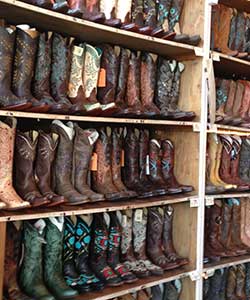 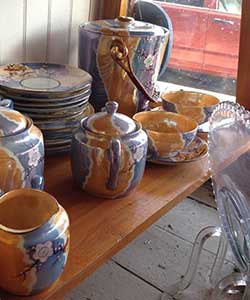 When Virginia City was awakened to its new life as a tourist destination by the stunning success of “Bonanza” on television — Virginia City as Sleeping Beauty and the Cartwrights, father and sons, as Prince(s) Charming — it was a bit clumsy in the shopping department. I remember rubber tomahawks and coonskin caps crowding the shelves.

Since then, though, it has recognized the benefit of a more sophisticated approach and the shops are now considerably more inviting. Anyone living within 50 miles of Virginia City should take a day, or at least a long afternoon, to do some Christmas shopping here — it’s more fun than any mall. 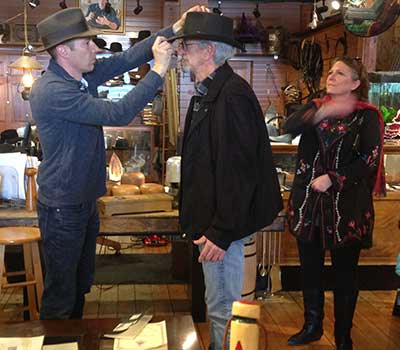 Antiques, jewelry, clothing — every doorway something different, and not a single chain store. Jan, at Primrose Lane Antiques, has been in business for 30 years, the Old Red Garter has the most complete stock of boots and hats of any store I ever saw, and the Silver Stope is a biker’s delight for its stock of leathers for men and women.

And of all things, there’s a hat-maker! Pascal Baboulin is French and he makes hats by hand — everything from a fedora to a derby to a ten-gallon buckaroo model — to order and perfectly fitted at The Pioneer Emporium on South C Street. Is he the only one in Nevada?

Below please enjoy our holiday gift. 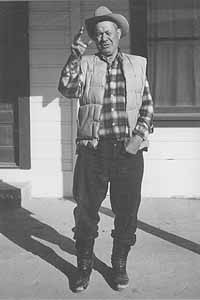 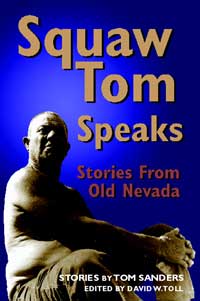 Squaw Tom Sanders was a working stiff, and he lived with Indians most of his life. Over the years he became a story-teller, and in 1974 we began publishing some of his tales in The Gold Hill NEWS. Since then 34 of them have been published as a book.

Tom was literally a story-teller. He could read and write, but with difficulty, and he told his stories into a tape recorder for us to transcribe. In 1976 he was named Best Columnist in a Weekly newspaper.

This nontraditional Christmas story is one of my favorites.

In 1922 I worked on this ranch, and they had a man out there worked with sheep. He was a Basko, his name was Jesus. He was born on Christmas Eve, and the Baskos, they give him the name Jesus.

He was blue-eyed and had blond hair — by God, he even looked like Jesus. But he was a Basko and he herded sheep.

I got to be a very good friend of his. And I worked for this outfit quite a while and one day I quit. And this sheep tender, he left too. I never seen him anymore for about ten years. I asked the camp tenders where he was and they said, “Well, he went to Colorado.”

Well after ten years I come back and worked on this ranch again and here was this same Jesus. Well when he was up in Colorado herding sheep for ten years, he made a lot a money. And one day, when his birthday was gittin’ close, gittin’ close to Christmas Eve, he quit and went to Reno, to a Basko hotel there.

Every sheepherder, they carried a little strongbox with ‘em. They was about the size of a cigar box. Some of ‘em would make ‘em out of wood; some of ‘em would buy ‘em and put a lock on it. And of course this strong box had a key too all of its own, but he put a padlock on it too, you know.

He’d brought his bedroll over too, and his suitcase and he had a lot of money in a big roll in his strong box. And he had checks in there too from this big sheep outfit. And big rolls of $20 bills.

Well, he asked this Basko hotel what it would cost if he’d throw a big party, have a big turkey dinner for everybody on Christmas Eve. And then invite a lot of people to eat. And the wine too, ya know. Well they figured out how much they charge him, so much a head, and so much for the bottles of wine.

So one day he invited me to the party. He said he was havin’ a big party in Reno. At the Basko hotel on Christmas Eve. That was in 1932.

I was invited to go up, and I went up.

And ol’ Jesus, he threw a heck of a big party.

And man did he get drunk. And he’d go outside and holler, give a big sheepherder yell, and yell at all these hoboes.

“Come on boys!” he hollered. “It’s Jesus’ birthday! Everybody eats and drinks on Jesus’ birthday.” And he’d give a big sheepherder yell inside that hotel and boarding house, and man, that table was full.

He kept that up all day. He’d get up and go out and give another sheepherder yell and boy; these hoboes come flockin’ in.

There was hoboes and Baskos and Mexicans, Indians – everybody. He’d go out in the street and holler – “Come on boys! It’s Jesus birthday!”

Well pretty soon the party was getting’ over. And the guy in the hotel comes over and says, “Hey, you’re runnin’ a pretty big bill here.”

They knew he had quite a bankroll in that strongbox, $20 bills strapped to the outside, but they set a bunch of guys to watchin’ him and followin’ him around so he couldn’t get away.

And pretty soon he says, “Well, I’ve got to go to the bathroom,” and he went on back there. And those Baskos and Frenchmen they was a-watchin’ him pretty close. So he went out of the window. Closed the window and locked it.

And he got a taxi, took him to the airport. He must of had it timed just right to get an airplane out.

And by God, pretty soon old Jesus was missin’.

The owner of that hotel he was lookin’ everywhere for Jesus and couldn’t find him. Finally they went to every bootleggin’ place and all over, but he couldn’t hear any sheepherder yells anyplace.

Some feller told them he’d seen him get in this taxi and head off to Sparks. He said, “I’ll be back.” Steered him on the wrong track see.

They looked all over Reno until it was Christmas morning, but they never could find Jesus anymore.

So they pried open Jesus’ strongbox and they looked inside. They found three big rolls of bills with $20s on the outside, but inside the roll they was all ones. And those checks, they was no good. And the bedroll had just about had it — he was plannin’ on buying a new bedroll anyway. All there was in his suitcase was a bunch of old sheepherder’s shoes, looked about like sled runners. They’d about had it too.

Old Jesus, he was long gone. He went back to the Old Country.

I think at one time they snoomered him out of some money, beat him out of a lot of money. Well, he got back at ‘em.

Overheard at The Roasting House in Virginia City “If God created us in his own image, we have more than reciprocated.” 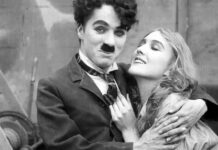 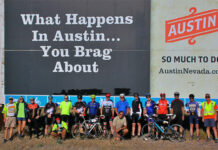 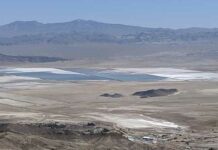