Fate and circumstance have decreed that this month’s NevadaGram will feature Squaw Tom Sanders at the top of the page. This is one of the stories that won him the Nevada Press Association’s First Place award for Writing by a Rural Correspondent in the Gold Hill NEWS in 1975. Truth be told, he didn’t write his stories at all; he told them, spoke them into a cassette tape recorder and one of us at the paper wold transcribe them. His stories about Native American life in Nevada of the 1920s – 1970s are unique, and this is one of my favorites, a short police procedural, with a wry twist at the end:

This is a story that happened in the 1920s, sometime in the ’20s. They had an Indian Police in Fallon named Albert Hicks. He just died, right after Christmas.

Anyways, there was three fellers, they stole some valuable horses, saddle horses. Well, they had a bunch of deputies, one thing and another, and they wanted to learn tracking, how to track, and they was trying to learn from Albert Hicks.

Well, they was follerin’ the horse tracks. They tracked ‘em quite a ways out in the desert, ya know, and after a while they come to a place where they had camped. It looked like they was aheadin’ towards Austin.

Well, they found this place where these three horse thieves had camped overnight.

These guys were professional horse thieves, outlaws, and they was stealin’ these valuable saddle horses.

Anyway they found this camp, and the posses was on their horses ready to ride on. And Albert Hicks got down and explored around that camp. He was lookin’ at the tracks.

And he found a place where the three fellas had stood in a row and took a piss. And he says to these posses and these deputies, “You fellers want to learn about tracking you come over here and take a look.” So they come over to where he was studying the tracks.

And the deputies and stuff they was lookin’ at the ground and they said, “How in the hell can you tell the age just by looking where a man pissed?”

“Well,” he says, “that’s the difference between the white man and the Indian.” He says, “The Indian’s got better eyes than the white man. You don’t see nothin’. All you can see is where they stood and took a leak, and that’s all you know.”

He says, “You know, I’m an Indian and I study things. You fellas, you let a lot of stuff get away from ya. You got to be a tracker for a long time to remember this stuff.”

So he got a piece of paper and a pencil and he made a picture of where these guys was astandin’ see, the way their feet was and the other guy in the middle, and the other guy. And after they took a leak, why they all got aboard and they left.

And they was lookin’ you know, and the posses wanted to learn to be a tracker like an Indian, and they says, “Well, how can ya tell?”

“Wal,” he says, “lookahere. This is the difference between the white man and the Indian. You see this track, number one?”

“Well do you see anything different here?” And he put this mark way out there where the guy took a leak. “When he is a young man you know he could piss way out there.”

“And this man here, he’s older. Ya know he’s got trouble with his kidneys. He’s got trouble, he can’t piss good. Damn near pissed in his shoes. See here? Pissed straight down. He’s an old man.”

“And this guy here, he’s not young but he’s a little older. He just pissed half way to where the other guy pissed.”

Well it took three or four days before they caught up with them three. And they finally caught ‘em and took ‘em to the jail at Austin, stuck ‘em in there. And their ages was just what Albert Hicks said they was. One guy was 27, the other guy was 62 and the guy on the end was 36.

And Albert Hicks, he told them posses, “Well, that’s the difference between an Indian and a white man. Indians look at everything. White man’d pass up a good lead. When you’re trackin’ you’ve got to look for everything.”

But you know, this Albert Hicks he might of knowed them guys, too, ya know. ‘Cause he knew a lot of horse thieves. He mighta knowed all the time who they was trackin’.

I think he was just playin’ a joke on them posses.

[Our Bookstore is closed just now, but we have a few copies of Squaw Tom Speaks available for $20 postpaid; email for details] 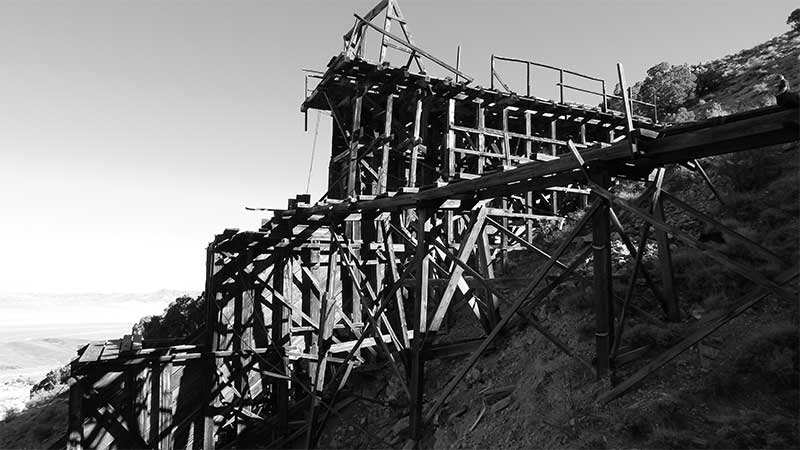 Gunmetal Mine near Mina Nevada, photo by Gage Smith on Nevada’s Dirt Roads 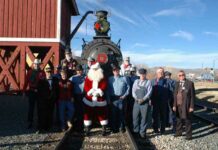 NevadaGram #209 – Christmas Trains, Secrets of the Picon, and the Guy from Tahoe Straps on his Skis 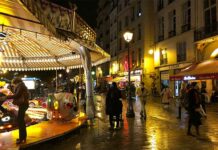 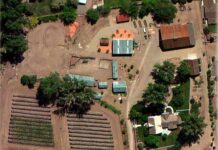 NevadaGram #206 – A Visit to Carson Valley, Goldfield Days, Bicycling in Nevada and More 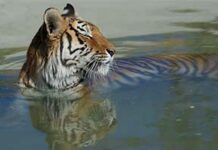 NevadaGram #205 – Hold that Tiger (and those Bears) 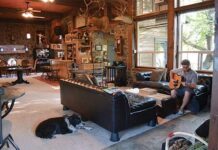 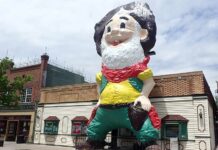